The Arbiter doesn’t make mistakes: How one well-known Warcraft hero wound up in Maldraxxus 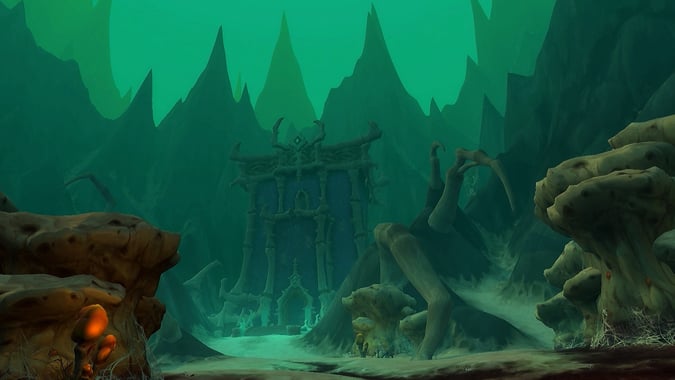 Spoilers for Shadowlands! Read at your own peril.

With that warning out of the way, let’s plunge into the afterlife, where characters of World of Warcraft, dead and gone, continue their tales. The Shadowlands is WoW’s own land of the dead: a place where souls go to live on in a new sense. Where they can question their place, their actions, and their future.

This is where we find the Ashbringer himself, Alexandros Mograine. A man who has known death, heartbreak, and undeath. In Shadowlands, he experiences it all again and questions what the afterlife is about, with the player to aid him.

But just what is Alexandros doing with his afterlife? And how did this hero end up in Maldraxxus? Let’s take a look. 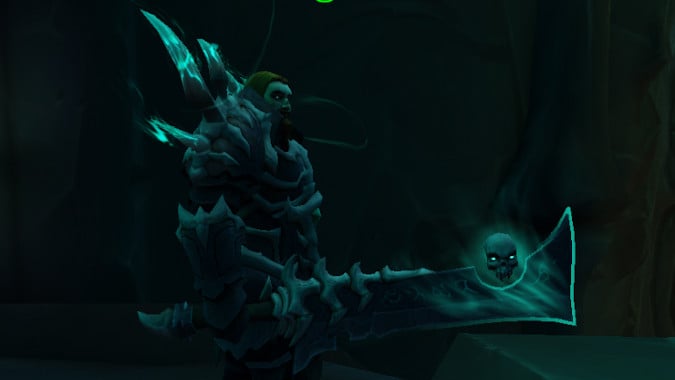 Who was Alexandros Mograine?

Even in death Alexandros Mograine carries the sword that is his namesake: the Ashbringer. Others have wielded it since — including players themselves — but in life, Alexandros and his family were heavily connected to that sword.

During the Battle of Blackrock Spire, Alexandros fought an Orc Warlock wielding an orb of pure shadow, and he surmised there must be a similar orb of pure light. Knowing such an object could be a weapon against against the Scourge, Alexandros sought out the orb. When it was found,  Alexandros brought it to King Magni to forge into a weapon: the sword that would be named Ashbringer.

Mograine was the first to wield it, becoming Highlord of the Silver Hand. He earned the title “Ashbringer” for the many Scourge that turned to ash under his blade.

But his story gets much darker from there. Alexandros’ son Renault — under the control of the demon Balnazzar — took the sword and killed his father, corrupting the Ashbringer sword in the process. Kel’thuzad, who had a deal with Balnazzar, brought Alexandros back as a Death Knight, and his undead form was as corrupted as the sword itself.

Eventually Mograine was slain and his ghost sought revenge on Renault, killing him. His other son, Darion, managed to retrieve the Ashbringer, and paid the ultimate price to free his father from the Scourge: Darion killed himself by plunging the Ashbringer into his chest. Darion freed his father, allowing him finally die, but he cursed himself to undeath in the servitude of Kel’thuzad.

Today Darion is free of Kel’thuzad and leads the Death Knights, but his father was sent on to the Shadowlands — and his afterlife isn’t what anyone would have predicted. 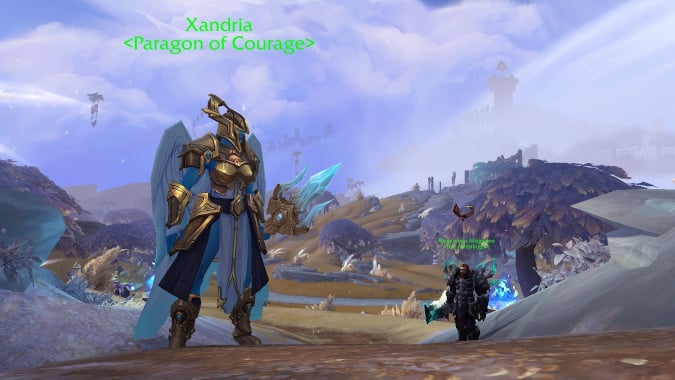 How a Highlord of the Silver Hand ends up in Maldraxxus

But as in life, Alexandros’ story gets even worse from there.

After arriving in Maldraxxus, Alexandros is befriended by Baron Vyraz. But Vyraz is not not to be trusted, and then had Alexandros thrown into the Maw. As Vyraz goes about his business bringing down the houses of Maldraxxus, up pops an adventurer — that’s us, the players — sticking their nose into business where they aren’t wanted. Baron Vyraz cozies up to the player’s character, pretends to be working with them, and then sends them on a little quest to retrieve Alexandros’ soul from the Maw.

This is intended to finish us off, but as it turns out, we’re pretty tenacious. We return from the Maw with Alexandros in tow.

In life, as part of the Silver Hand, Alexandros was a Paladin. He created the quintessential Paladin weapon. He’s shocked to find out that in death he wound up in the realm of Maldraxxus, which is home to ruthless warriors, vicious infighting, and necromantic magic. How could a Highlord of the Silver Hand belong here? As a champion of the light, shouldn’t he be in Bastion? And if not there, then certainly not Maldraxxus. He spent his life fighting again the undead, and spending the afterlife among them is an insult!

Alexandros goes to Bastion, where Xandria, the Paragon of Courage, assures him that he was where he was meant to be — the Arbiter never makes a mistake. But she allows him to test out the realm by delving into his memories. Being killed by his son, the death of his sons, it’s all there. He sees that it’s not about light or shadow or even the undead. It’s about courage and honor.

The important point is that something is wrong in Maldraxxus. The Prime has fallen and someone needs to restore it. Bastion doesn’t need him: Maldraxxus does. After going through all of that, he needs some time to reflect.

When Alexandros shows up again, it’s to fight Kel’thuzad. Many of the Covenant storylines connect to Kel’thuzad, who clearly has a master plan going, and is trying to bring down powerful houses is the realms. He attacks the Temple of Courage in Bastion, works with Sire Denathrius from Castle Nathria, and plans to crush all five houses in Maldraxxus. At the end of both of the Venthyr and Necrolord Campaigns, we’ll find ourselves fighting Kel’thuzad.

While Alexandros Mograine has the chance to confront the lich that had raised him as a Death Knight, the story doesn’t end. Kel’thuzad survives and makes his escape.

A bigger story is building with Kel’thuzad, and Alexandros is a big part of it — just like Kael’thas. 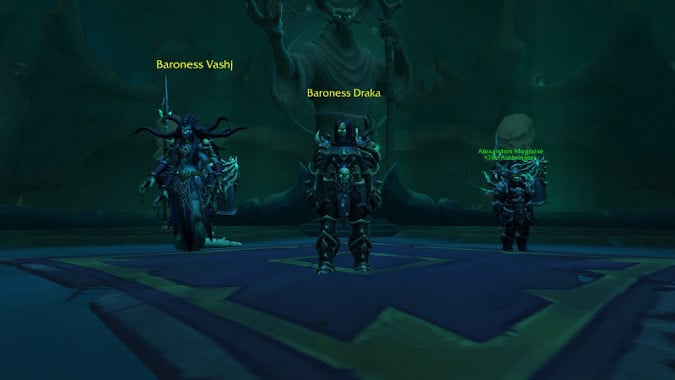 This is a particular conundrum for Paladin players who keep their hard-earned Ashbringer as a transmog. Just how does Mograine still have the sword?

There’s an answer in some off-hand dialog. In Maldraxxus, while Alexandros is standing around waiting for his part in the story, he has conversational moments with others — specifically with Draka and Lady Vashj. (Potential spoiler warning — Lady Vashj is in Maldraxxus.) There’s a bit of revealing (or at least interesting) text between them. Mograine mentions his children, and Draka says she hasn’t seen her son since he was a baby. There are conversations of honor, strength, and dealing with being surrounded by undead.

But what about Ashbringer? Though the conversation never specifically touches on it, there is a clue as to why he still has his sword. Mograine asks Baroness Vashj and  why, in death, she looks like a Naga if she was a Night Elf in life. Vashj tells him that when she was Kaldorei, she was a servant, prized for her looks and nothing else. But when she became a Naga, people recognized how powerful and smart she was. And so that is the form she prefers, the form she chose. What about him, looking like a weak little Human?

Mograine was proud being human, as he was when mowing down the Scourge. And of course, what was he wielding as he did so? Ashbringer.

In realms like Bastion, there is uniformity: everyone in Bastion takes on a blue form and looks (more or less) the same, regardless of what they were before. But in Maldraxxus, everyone is in the form they were most proud of, when they were at their strongest. And Alexandros Mograine was at his strongest when he was The Ashbringer.

We don’t know what Mograine’s final fate will be, but he’s already been on a long journey through the Shadowlands.