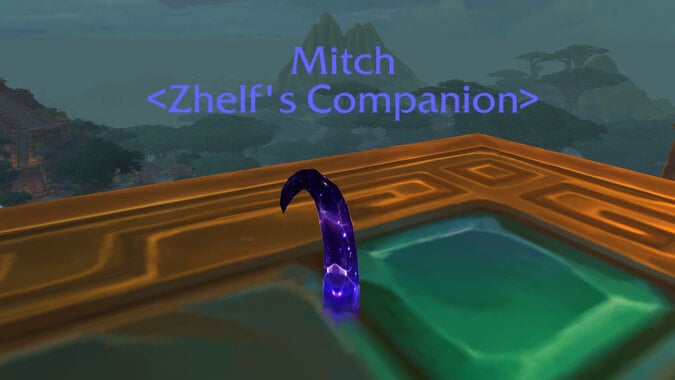 Oh hey, it’s Thursday! This also keeps happening — much like Mondays — but for some reason, I feel much better about it. You might’ve noticed too that I’m not Mitch. I know, I know — I was as surprised as you are to find this out. I’m pretty sure that I can do a pretty convincing Mitch impression though: Xal’atath! Void stuff! More Void Stuff! Tentacles?

ENO STAYS OUT TOO LATE

So I haven’t been keeping up, has a release date for Shadowlands pre-patch been announced this week? I remember some comments Tuesday were predicting it would be but I’ve not gotten any word on it.

Nothing yet! Of course, I’m writing this on Wednesday evening and they could be releasing it alongside the final Afterlives short. It’s getting weirder and weirder that they haven’t announced anything. They’ve given three weeks’ notice for the ending of Arena seasons in the past, and the more notice people have the better they can prepare for things that are going away — like Mad World. It’d be a shame if they only give a week notice for the prepatch and there isn’t time for both Horrific Visions to be cycled through.

If it doesn’t happen along side the Venthyr short, my money would be on Tuesday for an announcement, with the first week of October being the likely date.

SPENCER MORGAN’S GOT NOTHING IN HIS BRAIN

Q4tMitch: why do some people get so mad that other people beat them in multiplayer games?

There are a few different things at play though. Oftentimes in team games, people that get “so mad” are players who might think they’re better than they are. That the only reason they lost that game was that their team let them down at some crucial moment, or just in general over the course of the match. In single-player games, it can be because you feel like you were robbed of a deserved victory through a lucky play on your opponent’s part or because you saw your own misplay too late to stop it.

Like in StarCraft if you spent the whole time building a massive force of Terran vehicles, only to turn the corner and find that your Zerg opponent had a swarm of nothing but Roaches just ready to eat your tasty tasty vehicles. (I think that’s the right Zerg counter to mech builds, it’s been a hot minute since I played StarCraft) If you’d spent more time scouting you would’ve been prepared. Having a realization like that can be frustrating.

Or maybe they just need to walk away and take a break.

Your initial statement about Teldrassil kind of struck me. As a Horde player for years the whole “Teldrassil” thing really didn’t affect me at all. Watching the cinematic was crazy and I knew it would have an impact on the game but it really didn’t bother me any more than watching nameless red dragons be turned to Twilight drakes. I never liked the casting animations for Night Elves(and now Nightborn) and as such when I was Alliance I never played one. Tyrande has always been my least favorite faction leader and she still is. And with Gallywix in the mix that says alot about how I feel about Tyrande.

This is NOT what most Alliance players experienced. I remember the forum posts and tweets when the tree burned and the passion was REAL.

So here’s my question: Do you think it’s good for the overall game for giant emotional events to take place for only part of the playerbase? Or does that unique kind of storytelling amplify the immersion/reality of the game?

I think that focusing things on one faction or the other can help to make those events into something that is capable of creating strong emotions. Getting a giant emotional reaction is pretty tough to do, so having something that can speak so strongly to people is impressive. I’m not saying that they should run around burning important cities to the ground all willy nilly, but I’m glad that we’re getting story telling that is willing to swing for those fences. It’s not exclusively the only way, there are definitely characters who transcend the faction divide — like Ursoc. As a Guardian Druid that one hit me pretty hard, he was a good Bear he didn’t deserve that! But characters like that are rare.

It would be nice if we could get some examples from the “Good things happened” end of the expansion. Positive emotions are tougher to elicit in that capacity. I’d say that we could use some capital w Wins as a whole though. Let’s get some inspiring moments of rebuilding while bombastic music swells to a crescendo in the background. Let’s have some bitter rivals turn to friends in the trenches of a battlefield as they’re forced to work together to stave off a greater threat. All culminating in a moment where one of them saves the other from certain death — and they stand hugging in the aftermath of battle surrounded by hordes of fallen enemies. Things like that.

YANA WHO GOES ON TOO MANY DATES

I have a riddle for everyone.

What button is more horrifying the longer you’ve played a character?

Sort bags was a good answer. I wound up redoing my bags to actually be able to use it though so I’m not so scared of it. The scariest thing for me would be typing out /played.

The last time I did that I swore a blood oath to never do that again. It’s been a few years since I did and I haven’t regretted that decision. That way madness lies.

Q4tQ: Who else really wants a Glyph to change the Demon Form Metamorphosis uses for Demon Hunters?

Me, please! I love my big demony forms, but having some control over them would be cool. I already use the glyph that makes my Vengeance Demon Hunter have the ragged wings when she’s gliding. Because she’s in the thick of things and being hit all the time, it lets me add flavor to her. So sign me up for something that gives us different colored demons, or different demons all together. If I popped Metamorphosis and turned into a Shivarra that would be pretty cool.

Oh very much so. I’m maining Venthyr for that spooky aesthetic, and I cannot wait to see every bit of detail in the new cinematic. I’ve seen some names of big name characters thrown around who people would like to see, but I hope that it focuses on Sire Denathrius. Since he’s the big boss in our first raid getting extra time with him will help to solidify why we’re there to beat him up.

I didn’t have a question in the Queue, but thank you for the picture of Puck. Such a pretty kitty.

This definitely sounds like you’re asking for more cat pictures. So here’s Bacardi! He’s a fuzzy little jerk sometimes but I love him so. He also has extremely correct thoughts on who you should vote for in the mount poll which closes on Friday! 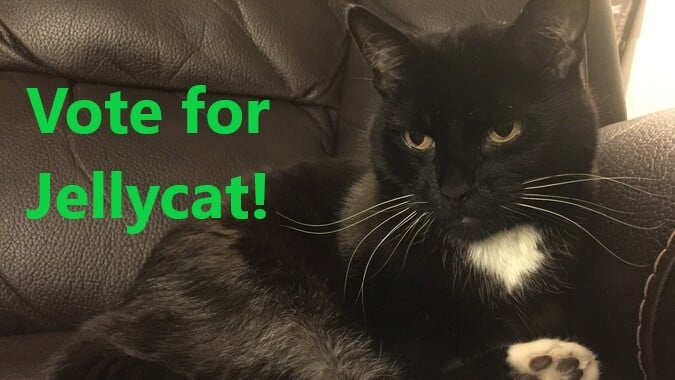 If Mitch was supplying earworms I’m pretty sure he’d use Taylor Swift. I hope you all have a great Thursday! Don’t forget to leave Liz lots of questions!