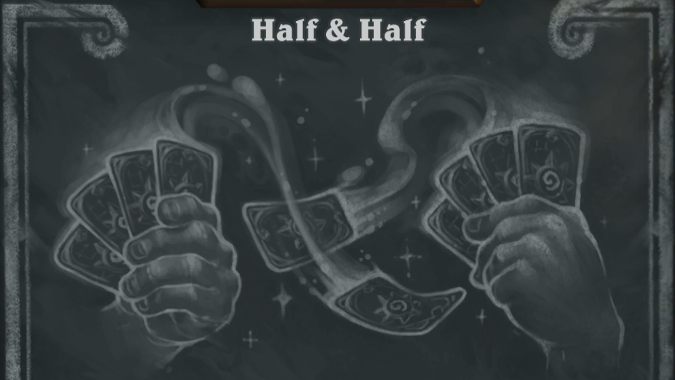 This week we’ve got a brand-new Hearthstone Tavern Brawl so get your orders in to Barista Lynchen and settle in for the Half and Half Tavern Brawl. I’ll have a double-pump Azerano, extra star-whip, Highmountain ice, with room for mana spice, please. Coffee is a big part of any writer’s day and that’s true with the Blizzard Watch crew as well.

You begin by choosing a class and making a deck. Since it’s Constructed Brawl the size of your collection will matter. It’s also using Wild rules which brings more cards into play. We’re only a week into the Madness at the Darkmoon Faire expansion so how many MDF packs you opened will be a factor.

You’re limited to only 15 cards in your deck, and you can use duplicates. Hearthstone decks are 30 cards so where do you the other 15 come from? Your opponent. You combine the two decks and each player gets a copy. The game then plays out as a normal Hearthstone match.

Since you’re both playing the same deck, the only difference is your class and Hero Power. Try to find cards and strategies that synergize well with your class and Hero Power. These cards give your opponent less value than they do for you. You’re giving them your win condition so think about putting a counter into your deck. Just realize you’re also giving them that counter. 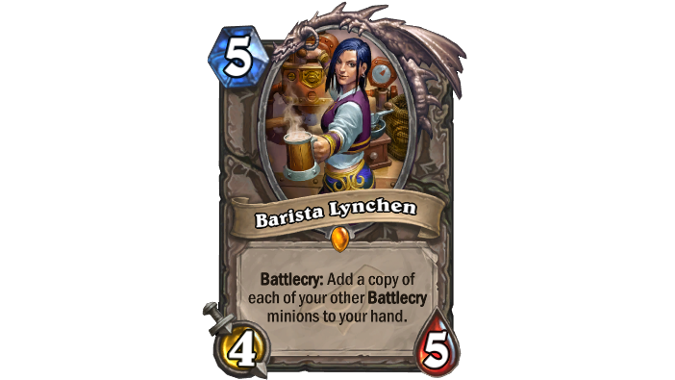 Like most Constructed Brawls, the key to victory is finding a great deck. These Brawls act like a microcosm of a new expansion. In the early hours, there’s a ton of experimentation as players try new ideas and refine them. It’s some of the most fun time in Hearthstone. Over time, players discover the ‘meta,’ the deck (or decks) that are particularly strong given the ruleset. These lists are published on sites like r/Hearthstone (and others) and become dominant. Counter decks rise and you fall into the same sort of ‘meta’ as you see on the Ladder. 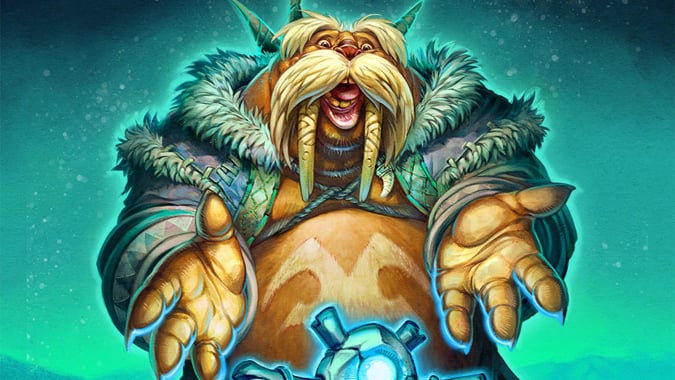 Overall, I like the attempt at something fresh and new. The Brawl’s main weakness is the same as the overall Ladder. Aggro has been too strong since Ashes of Outlands release. There are some fun decks and ideas, but too often you don’t get to enjoy them because you’re run over by an aggressive deck. Aggressive decks are their own kind of fun, and some people really enjoy them. I think the balance has tipped a little too far in their favor currently.

If you need a break from testing your Madness at the Darkmoon Faire decks or your frantic Shadowlands leveling, give this Brawl a try. Good luck getting this week’s Classic pack!