The Queue: This is a Queue 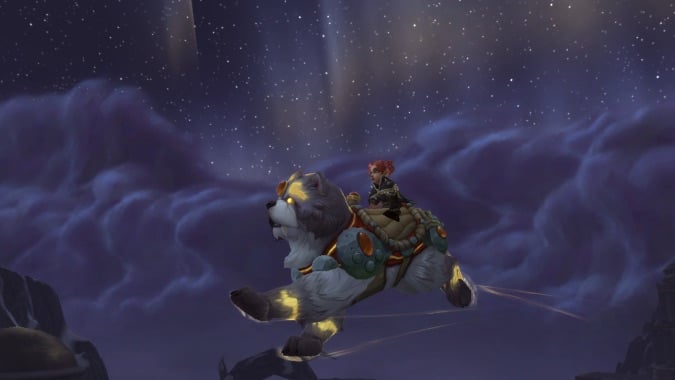 Yep. This is definitely a Queue. 100% fresh Queue, right here.

Q4tQ Should I dust any Legendaries I don’t use that are getting added to the Core set? Or is the game going to dust all cards going Core for us automatically?

I’m not aware that Blizzard has clarified this question, but remember that cards in the Core Set will rotate. That means something in the Core Set now, that you might disenchant because you’re going to automatically have it, could rotate out and then you wouldn’t have it. Of course cards that aren’t in the Core Set will only be playable in Wild, so if you aren’t interested you may be fine grinding your card collection to dust.

Q4tQ: Has anyone been working on the color variants of the covenant sets from other activities and had any luck?

I just started putting more effort into the transportation network variant and haven’t found squat yet! Still have some time to get the Ember court rep up though so hopefully that one works a bit better for me. A guildie is doing the anima conductor stuff and he’s got about 2-3 pieces so far. Is this stuff super rare or do I just have rough luck lately?

Zero luck here. I’m not even sure that these things exist.

What was your favorite Blizcon announcement?

Will you dip your toe into BC Classic?

So you think flying is taking too long to be released in SL, or is it OK with you?

(1) Diablo 2: Resurrected. I loved that game so much and the developers seem very committed to recreating the original experience, just sharpened up for the current era.

(2) Probably. I have many good memories of playing TBC, and the thought of reliving them has a lot of appeal. However, you can never quite go back and it may not hold my interest for long — after all, my friends are playing retail and I might be a loner in TBC. It’s all about playing where your friends are.

(3) I think it’s taking less time than it has in the past, where it often arrives in the last patch. But I still like flying and want it here now.

If we’re looking at a June or July redhead of 9.1, how do you think Shadowlands will fair? Is it strong enough to last that early of a content drought?

Honestly, I do feel like we’re in a bit of a content drought already. Players who log in every week have long since finished any story the game offers and even the LFR players have seen all of Castle Nathria. Patch 9.0.5 isn’t offering much in the way of new content, and it looks like we’ll be waiting for 9.1 to see the storyline continue. I don’t think we’ll see 9.1 for an absolute minimum of three months, and that’s a long time to be without anything to do but grind for Anima and repeatedly kill the same raid bosses.

I think the game will certainly survive. We’ve had plenty of droughts before and this is hardly the worst of them. People may leave, but they’re likely to hop back to see what’s up with 9.1 .

Q4tQ: what race would your main be if your class wasn’t available for that race?

I leveled a draenei mage to max several expansions in a row, but if I couldn’t have made a night elf mage in Cata, I probably would have made a gnome mage because I liked the character concept I had too much to ignore it. Then I likely would have changed her to a void elf at the end of Legion, because that would mean I could finally play an Alliance-side elf mage and because void elves are awesome.

Probably a Troll, now that Trolls can be Paladins. My current main is a Blood Elf which was, at the time, the only race available to me on the Horde side. Before this character I played a Troll Priest, so if Blood Elves were off the table I would probably go back that way.

Amazing! I clearly remember flying across Elwynn Forest and taking so many screenshots because it was awe-inspiring to be flying across this giant world. At that moment, every corner of Azeroth was a mystery, an adventure waiting to happen. Flying felt like unlocking a secret, seeing the world as I never could front the ground.

Now I know more. I’ve been everywhere. I’ve flown everywhere. It’s less magical. But sometimes I do still take screenshots of me flying over things.

Q4tQ: Now that we are past the beginning of Shadowlands where to you think Khadga, Chrommie, and the Black Prince are? You would think the news of a big whole into the Realm of Death would bring them around.

Chromie already knows what’s going to happen and doesn’t see a need to interfere, Khadgar is probably busy counting his Nethershards, and Wrathion’s primary storyline is talking big about the fate of Azeroth and then noping off for two expansions (and the majority of a third). Talk about unreliable.

Khadgar tends to annoy me when he’s here, but now that we’ve had two expansions without him, I kind of miss the guy. Surely he would have noticed the hole in the sky… right?

Are we gonna have to recruit Sargeras to help us against the Dreadlords at some point?

I have no further questions, your honor

Why do we need Sargeras when we’ve got Jaina?!

That is all for today, my Queuevian friends. The Queue will be back on Monday, and I will be back next Friday. Until then, be sure to pet your pets, tell your loved ones that you love them, and find some time to relax this weekend. It’s a big stressful world out there and you deserve chance to relax.