The Queue: Too good, too pure 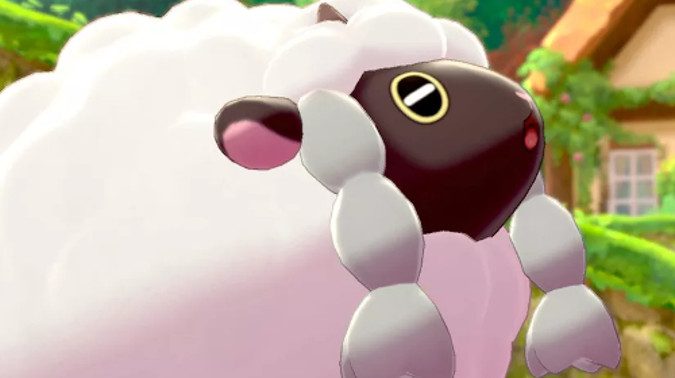 It’s a Wooloo. That’s it, that’s the Queue, see you later people.

Okay, maybe I’ll answer a couple of questions before I go.

Q4tQ: I heard in 9.1 we’ll unlock rank 5 legendaries. I just learned to make the rank 4 cape on my main, who’s a tailor. Normally, the next rank unlocks after a certain number of items crafted on the current level. I’m wondering, will the rank 4 cloaks I craft now, count towards getting the rank 5 recipe? Or does it only start counting when 9.1 drops? Because in the latter case, I’d much rather hoard mats, the things don’t sell for very much in any case.

Upgraded Legendary gear actually has not been confirmed. At BlizzConline, they mentioned they have plans for Legendaries, but they didn’t tell us what those plans actually are. I think it’s likely to the point of certainty that we’ll get new ranks of Legendaries — and possibly new Legendaries entirely — but Blizzard hasn’t said so. For all we know, rank 5 could be something you purchase from a vendor for reputation or with a new currency.

Because we have no idea what will happen in 9.1 with Legendaries — if anything — I feel like it’s pointless to hoard or plan at this point. The PTR is coming up in a week or so, though, meaning we may know more — and be able to start pre-patch planning — soon.

In Shadowlands, my shaman got his first Legendary, some level 1 boots. When I thought I was ready to upgrade to level 2, I learned I just couldn’t upgrade the boots I already had, I had to buy a level 2 base item (/flipstable). In my righteous indignation, I refused to go to level 2 & level 3 and waited until I had enough soul ash to go straight to level 4 boots (remember this was my very first character & the base item vessels were way more expensive than they are now). On the one hand, I was able to save large amounts of gold by not having to buy new base items for level 2 and level 3. On the other hand, I probably made some parts of them game harder than they needed to be by staying with level 1 for so long.

Q4TQ: Would you like to buy one base item & then upgrade it sequentially or do you like being able to skip over levels? Which method do you prefer?

I go with whatever I happen to have the Soul Ash for. For my current Legendary, I started with rank 2, then rank 3, then rank 4 — with fair amounts of time between those three ranks. I feel like as long as you’ll be using that rank of Legendary for a while, it’s worth the price tag. But if you’re going to use it for a week and then have the Soul Ash to upgrade it, you may as well wait and get the next rank.

I also think there’s one important consideration we’re overlooking here: the fact that it takes time for crafters to level and make the higher rank base items. When I got my first Legendary, it was the rank that the crafters in my guild happened to be able to make. You couldn’t go in on day one of the expansion and buy a rank 4 Legendary base item, even if you could have somehow gotten enough Soul Ash to use it. That took time and a ton of work by crafters. So waiting for rank 4 would have taken a while, and waiting on rank 4 to be affordable would have taken a really long while. A lot more convenient to get a level 1 or 2 Legendary while you wait.

Is this a good way to do Legendary upgrades? That’s actually something I don’t have a particularly strong opinion on. I think the combination of a Soul Ash cost (when you can only earn so much per week) and a crafting cost (considering the amount of time and materials it takes to rank up, on top of the crafting requirements) is basically there to prevent us from zooming through upgrades. There’s always going to be something there to keep us from moving too quickly, and this is just what it happens to be in Shadowlands.

Q4TQ: For either our warrior or Kyrian expert: I am leveling a warrior with the intent of it being mainly Protection which Kyrian is amazing for tanking. What should my dps spec be to best fit the Kyrian aesthetic: Arms or Fury? I think the slow methodical nature of Arms fits well but then so does dual-wielding flails as Fury for the gladiator vibe.

Arms. Have you seen them training in Bastion? It’s all about spears and halberds, none of those puny one-handed weapons.

Why are world bosses so hard to reach in SL?

I can only assume someone at Blizzard doesn’t like us very much. :(

I know the devs do their best to make a fun game, but the problem is that definitions of “fun” vary. The game’s vibe right now is that things should be difficult and have few rewards, so you feel like you’ve really accomplished something when you achieve it. To this end, there’s no flight whistle to make it easy to get from quest to quest, world quests offer limited gear (and tend to take more time), why there are fewer raid and dungeon drops than there have been in the past, and why anima is tremendously scarce.

That’s not a bad goal, necessarily. It’s nice to feel like you’ve really earned something when you get it. But the result — at least in my opinion — is that many activities don’t feel rewarding at all. Everything takes a little more time, a little more effort, a little more frustration than it used to. World bosses have become a chore. Sure, they give some good rewards — a big chunk of anima and the chance for an ilevel 207 piece. But they’re such a hassle. My time feels more valuable than 250 anima — even though 250 anima is, compared to other activities, a really good reward! — when I need tens of thousands of anima to get anywhere.

S0 why did Blizzard put bosses in such inconvenient places? They probably don’t want people accidentally wandering into them, for one. And I assume they think the challenge of reaching the boss adds to the accomplishment of defeating it. I don’t personally agree, but here we are all the same.

Which Blizzard characters would make the best and/or worst Queue writers?

Asking because I was listening to an author stream today and someone asked him which of his characters would make the worst beta reader. :P

Best: Addie Fizzlebog would excitedly answer every question, whether she had a good answer or not.

Worst: Khadgar would get distracted and forget to write anything until the next expansion.

What if it turns out the jailer was the good guy all along and in some future expansion he comes back to 1v1 Sargeras?

Doing something good later doesn’t absolve him of all the crap he’s doing now.

So I guess I’m becoming a plant person.

I don’t necessarily look for native plants; I’m more looking for things that will be okay with the amount of light and attention they’re going to get. (Namely things that aren’t too fussy.) I have a growing container garden on the back porch, and some plants scattered around the house, that were mostly picked because I like them and had a place to put them. (Though a lot of my houseplants were inherited, so I didn’t really pick them out — I’ve just tried to take care of them and put them in the best spot for them to thrive.)

For outdoor planting, though, which is another project I need to work on, I think native plants are more important. You want plants that will do well in the environment — being in Texas, that means sometimes it’s very hot and very dry. Native plants are used to that and will survive in it. Non-native plants can require special attention — like lots of water during the time of year when we’re supposed to be curtaining water use because of drought conditions. You can of course get other plants that are suited for the environment, but native plants is hands-down the easiest way to get something you know will grow in your area.

That’s all, folks. Have a good weekend and be sure to pet your dog for me. ❤️