The Queue: I asked you for questions, it would be churlish not to answer them 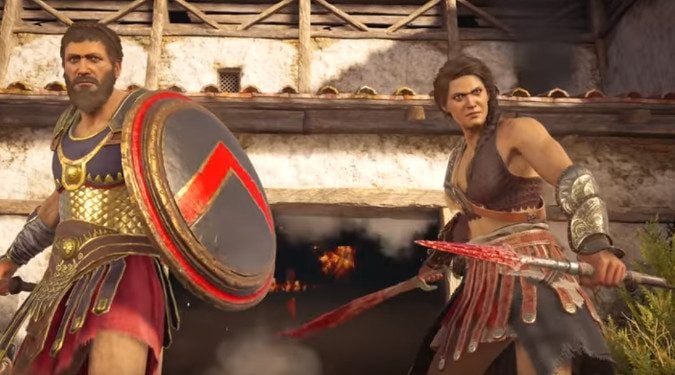 Still playing WoW and Cyberpunk 2077, waiting for AC Valhalla‘s DLC, and kind of still wishing Odyssey would get a series. I’d love to rollick around as Kassandra in Ancient Greece, and maybe even other eras — she canonically lived 2400 years.

This is the Queue. I asked for questions, you provided, and here are some answers.

Oh, and Sibylle — I did have thoughts about your comments on Mythic+, and I wrote a reply, but it kept destroying the Queue so I ended up having to simply reply to you in yesterday’s comments. I’m deeply sorry about that — I don’t know why, but the formatting just wouldn’t let me answer you.

STRANGE THOMAS, NOT TO BE CONFUSED WITH FAMILIAR TIMOTHY

Any favorite non-Shadowlands activities you’re still doing, or going back to? I’m running Island Expeditions again and having a blast, and working on the shadowbarb drone and leveling my cape on my main.

I’m doing some mog farming, there’s a few dungeon blues from BC that just refuse to drop for me, and I’m leveling up some alts because yay alts.

TELWAR, PLEASE SOMEDAY DECLARE TELPEACE, AND YES I’M SURE YOU’VE HEARD THAT ONE BEFORE BUT THE BENEFIT OF GETTING OLD IS NOT CARING

I.e., in your opinion, which weapon model (or “type”) is the single worst and you would never transmog to that ever, even choosing death over that transmog?

For me, it’s the 2h maces that are held under the head, both carried and wielded. The current example is the Kyrian 2h mace. It just doesn’t look like it would work, as it puts your reach out like another 6 inches.

Seriously why does everyone seem to want to be able to transmog to fish? I don’t get it.

I’m also not very fond of the Arcanite Reaper model. Not to the point where I would absolutely never use it, but I’d really need to feel like it was the right choice before I did.

USAGISENNIN, I REFUSE TO BELIEVE YOU DON’T REMEMBER IMPERIUS, HE’S THE TOTAL BUZZKILL WHO HATES EVERYTHING ABOUT YOU

Q4TQ: Do you think modern games focus to much on “evergreen” and “esports” content to the detriment of story, character, and general world building? When thinking back on older games I really enjoyed they usually had a depth to the world and characters you interacted with.

These days it seems that many games, while technically providing better gameplay, and a broader world have lost the depth that made them special. I can cleraly remember all of the townsfolk of Tristram from D1, but I barely remember any from the various Acts of D2, and only a couple from D3 (Really only Haedrig, Shen; The companions were almost as good, but their stories ultimately went nowhere [I assume because content was cut]).

Maybe I’m just out of the loop, but it seems telling compelling stories with engaging characters has fallen out of vouge. I have been told that I might like Hades, however I’ve never been a big fan of the Rouge-like genre so not really sure. Might pick it up later on a Steam sale to check it out.

Also, I hope D4 lets us meet up with Shen again and continue his story. D3 really set it up as something bigger than we got.

I think Zoltan Kulle is close to my absolutely favorite Diablo character, period. His cackling malevolence married to the fact that he’s completely right, about absolutely everything he says, just really works for me. Plus he’s voiced by Steve Blum, who is an icon. But there’s Imperius, Adria, Tyrael… I feel like there were quite a few standouts in Diablo 3.

I personally find Cyberpunk 2077 almost mesmerizing, for characters like Judy, Panam, Takemura, and of course Johnny ‘Uninvited Houseguest’ Silverhand. Plus Viktor, Misty, Mitch (finally, a Mitch who isn’t evil itself!), Rogue, Jackie, Claire… just a lot of characterization, and even more packed into the world itself. I wrote a review about it, here on the site.

And of course I loved Assassin’s Creed Odyssey and especially the characters like Barnabas, Sokrates, Herodotus, Brasidas, Myrrine… a lot of really great NPC’s, in addition to Kassandra herself who was a delight. Valhalla wasn’t as good, but I did like Randvi, Sigured, loved to hate Dag, found the Ragnarssons really interesting (especially Ivarr, who is just a character and who you will have strong feelings about, although they may be hate). Hades is another game where I don’t like the gameplay, but I’ve watched all of the cutscenes and exchanges and I do think it’s extremely fun and witty.

And the upcoming Baldur’s Gate 3 has some really weird characters to interact with, although it’s not out yet so I won’t say more.

Basically, I think there are absolutely games with that kind of depth. But the problem is, it’s always subjective — a game I can find extremely rich and varied like Cyberpunk, with the missions that reference other missions and link events across the city to each other, they may not be to your liking. I mean, a lot of people think Fallout: New Vegas and The Outer Worlds are utterly chock full of amazing characters, but I didn’t actually like those games as much as most people seem to, while I loved Fallout 4 despite characters like Preston Garvey that seem to annoy other people.

Still, there’s a lot of games out there, and quite a few of them are pretty deep and rich story wise. I didn’t even mention games like Life is Strange or its sequel here, and some folks absolutely love the storytelling in those games.

ABOMINABLE ROXXII, WHAT IN PARTICULAR AM I SUPPOSED TO FIND AN ABOMINATION ABOUT YOU?

Q4TQ: If I have unlocked an Covenant armor set for an armor type on one character can I mog it to a second character eligible for that mog (i.e. same armor type and Covenant)?

I have not done this myself but I’m told you need to have the proper Renown as well as wear the same armor type and be in the same Covenant.

ENO, WHO IS NOT A POPULAR CARD GAME

What is your favorite AC:O Greek location and would you visit it if offered the opportunity?

ARTHONOS WANTS TO KNOW IF I HAVE ANY COLLECTIBLES

I have a small 3D printed T-Rex skull sitting on top of my computer at work. Do you have any cool items or collectables you like to keep nearby?

See, I’ve recently discovered I have a condition called Anhedonia. It’s a complicated condition, but what it basically boils down to is that most of the time, I don’t want things. I don’t enjoy much. One of the reasons I’ve stayed loyal to WoW over the years is it manages to punch through that — I enjoy transmog farming, leveling up various characters, Daisy the Sloth, coming up with stories for them off the top of my head. It’s also why when I find a game like AC Odyssey or Cyberpunk 2077 that punches through the haze of Nothing matters, why bother, nothing feels good and engages me, I become almost rabidly, fanatically loyal to it. It’s rare I can love something, so when I do, I go for it and I don’t care if anyone else agrees.

Collecting things doesn’t really do that. Think of it this way — if Marie Kondo came into my house and went through all my stuff, asking me if it sparked joy, I’d say no to almost everything. Very little does, because very little can. I keep certain keepsakes — the badges that Noxy and my friend Matt made for me for BlizzCon 2019, for example. But other than that, I simply have a very hard time feeling enough to care about collecting things, and the few things I have collected like my RPG books are less fun for me now that I’m blind and can’t read them as effectively. I’ve switch over to PDF for most of those, and I do love that, but I miss the way getting a new book made me feel — since the blindness, almost nothing really can do that anymore.

I mean, I wouldn’t say no to a life sized Ashkandi, but aside from that my office is pretty spare and likely to remain so.

Okay, so that’s me done for today. See y’all later! Thanks again for the questions, it made this a lot easier.

Blizzard Watch is made possible by people like you.
Please consider supporting our Patreon!
Filed Under: Anhedonia
Advertisement