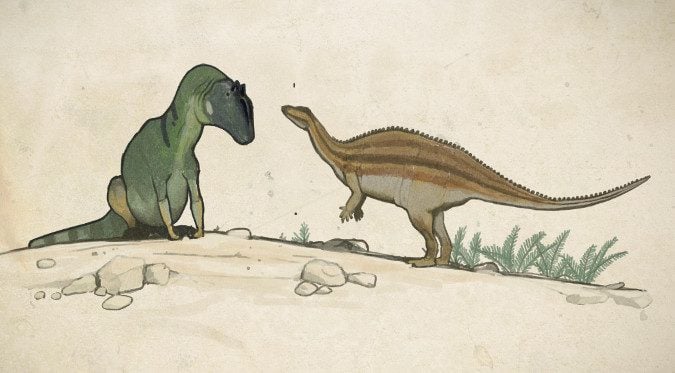 Just a mellow Queue where I answered various questions. No real theme. It was actually kind of nice, really, sort of relaxing.

QftQ: What’s your favorite era of comic books, Golden Age, Silver Age, Bronze Age or beyond? I grew up in the Bronze Age, but I am very fond of the Silver Age because of this awesome reprint digest series that DC published in the late 70s/early 80s. Legion of Super-Heroes is my jam, as they say.

I feel like the whole concept of ‘ages’ in comics is a trifle overused and simplistic, and there’s interesting stories to be found at any point along the century plus of the comic book form’s existence. From Will Eisner to Mariko Tamaki there’s an unbroken line of continuity and I can usually find something to enjoy from any era that they were published. I enjoy the pulpy, grim and lightning fast Golden Age stories, where Batman strangles people to death with a lasso from the Batplane and Superman kills people by crashing headlong into their airplanes, I like going back and reading the Western, Horror and True Crime comics from the late 40’s/early 50’s, I’m fond of modern autobio comics by people like Tess Fowler or out there indies like Witchblood or The Wicked and the Divine.

I had a weird relationship with comics growing up — I wasn’t allowed to read them and had to sneak them until I was like ten or so, and that’s right around the time that stories like Crisis on Infinite Earths were coming along and shaking up everything I knew about superheroes. Over at Marvel, stuff like Secret Wars was coming out, and characters like Iron Man and Spider-Man saw significant changes. This ultimately led me to books like Nexus and Badger by Mike Baron, Grimjack by Ostrander and Truman, and Matt Wagner’s Mage and Grendel series, and Colleen Doran’s A Distant Soil. Later, a friend tripped me to the Pini’s and their ElfQuest stories, but I’ll admit that was never really my jam at the time. I like them a lot now, though.

Those are the comics that ultimately shaped me as a comics reader, I’d say. Indie comics of the late 80’s/early 90’s. So I guess Bronze Age, but not really?

HearthstoneQ4tQ: should HS cards have alternative images taken from the Warcraft Movie?

Naah. I liked that movie, especially the effects, but it would be really jarring to see photo realistic Orcs in Hearthstone.

Q4tRossi: On the rare occasions that you don’t play your warrior, what’s your favourite off-hand transmog and why? I’m asking because I love the night fae harp so much (I may be biased, after all the harp is the national symbol of Ireland), I almost regret a) fighting in cat shape (althought I’d never *really* regret that) and b) wielding a polearm.

If we’re talking shields, which are an offhand item, then I’d have to go with the Elementium Reinforced Bulwark.

If we’re talking caster offhand items, I think it might be the Heartbound Tome. It just looks neat to me.

Q4tQ: how would you feel about a WoW expansion where the whole world wasn’t in danger again?

Asking because it seems like the last three expansions have dealt with massive, world-ending threats and it’s getting a little tiresome. Legion had the titular invaders, whose leader only wanted bad things for Azeroth. BfA started off smaller but ended with N’Zoth, who was clearly a threat to every being on the planet. In Shadowlands, the Jailer might be a threat to all life as we know it, and there are whispers of a larger conflict that crosses the planes of existence. It’s a lot to deal with.

I miss MoP for a lot of reasons, but I didn’t realize how special it was to start an expansion with exploration and discovery as our driving forces rather than having to stop a bad guy.

I think I’m on record as wanting an expansion where we go to new places, see new stuff, and stop a bunch of smaller threats, kind of like the way Vanilla WoW‘s endgame bounced from bad guy to bad guy. Sure, Ragnaros, Nefarian, C’Thun, Hakkar, and Kel’Thuzad were all bad, but there was something about not every threat all being the same, you know? There were interrelations between some, but Rag and Nef weren’t allies united underneath a sinister master pulling the strings that we’d have to fight at the end of the story, you know?

I’d be really cool if it turned out the Dragon Isles are actually a massive distant archipelago that we need to explore and encounter new folks and fight off various issues like threats to our expedition, do favors for locals, stuff like that. The fate of the entire world might eventually be at stake, but for now? For now, let’s find out what these crab people want.

Q4tRossi: what caused the cultural schism between the amphibian clan and the lizard clan?

Is this a reference to something? Because I don’t recognize it, if it is.

If it’s a legitimate question about how we went from Amphibians to Reptiles, well, it’s complicated, but one thing to look at is eggs. Amphibians are Anamniotes like the fish they descend from, they have to lay eggs in water because they do not have an amnion, the membrane that all Amniotes such as Sauropsids (reptiles and birds) and Synapsids (mammals and their closest relatives like therapsids and pelycosaurs) have.

Amniotes also don’t generally have a fully larval stage the way Anamniotes do, because they pass that stage of development while still within the amnion. All modern terestrial vertebrates are Amniotes, with the sole exception of Amphibians, who are therefore forced to lay their eggs in bodies of water because without the amnion, their eggs will dry out on land and their offspring will likely die due to the buildup of toxins without a means to exchange them.

The development of the amnion was a key adaptation that allowed the Synapsids and Sauropsids to fully colonize the land, and even modern mammals retain it even though they give live birth with the exception of the monotremes. Monotreme straight up lay eggs, and of course those eggs also contain the amnion. Heck, I was born with my amnion intact and had to have it opened for me, as I was too premature a birth at that time (over a month and a half early) for it to have opened.

There are of course other differences between amphibians and the reptiles, but it should be pointed out that Amphibians are just as closely related to Synapsids (including us mammals) as they are to Sauropsids like reptiles and birds.

Okay, that’s the Queue for today. I hate it when I am pretty sure I missed a reference, but it is what it is. Be nice to Mitch and ask him lots of stuff.

Blizzard Watch is made possible by people like you.
Please consider supporting our Patreon!
Filed Under: Amniotes, Anamniotes
Advertisement