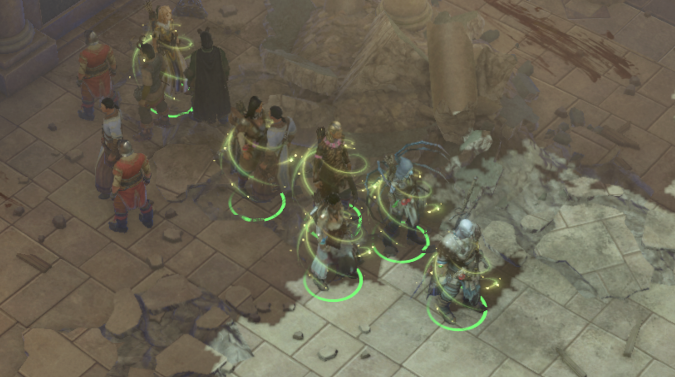 I’ve been playing a lot of Wrath of the Righteous, it’s basically replaced Cyberpunk 2077 which was my previous non-stop play game of 2021. It’s not strictly speaking an open world game, but it is a really big game with a lot of storytelling in it, and that’s something I really enjoy. I think I enjoy all the companion characters except Nenio, who is a lot. She’s not bad, exactly, but I end up taking pretty much anyone besides her in my party because seriously, she’s just a lot.

Pictured above is me and my party about to go buck wild on a Demon after we either blow up or save a big magic rock.

I’m struggling with a “kill your babies” moment. There’s this one character who adds nothing to the story, and I want to get rid of him. But the problem is that that messes with my whole structure.

I know that “form follows function” is a veritable design maxim, but I still enjoy having a neat form so much (i.e., “you have 12 characters, 4 on each of the 3 clans, 3 on each of the 4 elements”, stuff like that)

In the original conception for the novel I’ve been working on since I finished my Nameless trilogy — feel free to buy them, everyone, they’re on Amazon and you can get them in paperback if you want — one of the main characters was on a squad of superhuman teenage girls who were the ass kickers for this underground movement of superhuman kids who didn’t want to be put in cages and experimented on. And she was the sole survivor of said squad. They all died. Which was fine, because it happened in the past — when we meet her, they’ve all been dead for several years now.

Except than I made the fool decision to write flashback scenes and damn it, I love all four of them together and I suddenly hate the idea of any of them dying, much less all but one of them. So I have now spent the past two years vacillating between killing them and not killing them — I’ve written and rewritten this book six times trying to reconcile this.

Someone is sneaking into my house and gradually laying down more and more layers of dust on everything.

It’s you. The Dustbringer is you, and your body, which insists on falling apart in a very specific manner. You live in a mausoleum of your own dead skin, my friend. 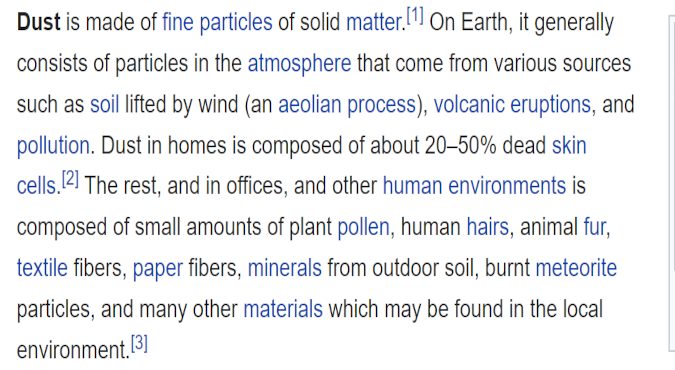 I guess you can also blame any family and/or pets you might have as well.

You have my sympathy as a fellow Where are my shoulders you freaking game victim.

Anyone know if what this article says is true (no sources are listed and this is the first I’m hearing of it).

Tells of Fyzandi, allegedly the world where Thiernax and Qadarin originated.
An Old God landed on it, destroying a whole kingdom and setting off the “Endless War” that lasted four generations before ending with Thiernax evoking the Night Warrior to kill the Old God.

Basically, yes, it’s true. The words ‘Old God’ aren’t there, but it’s described as one, with all these mouths and eyes and maddening whispers. Therinax used the power of the Night Warrior to help lead the forces of Fyzandi to defeat this Dark God.

Okay, that’s the Queue for this Wednesday. Be nice, y’all.

Blizzard Watch is made possible by people like you.
Please consider supporting our Patreon!
Filed Under: Half The Time I’m Just Making New Characters
Advertisement