The Queue: Who’s the best Star Trek character and why is it Garak? 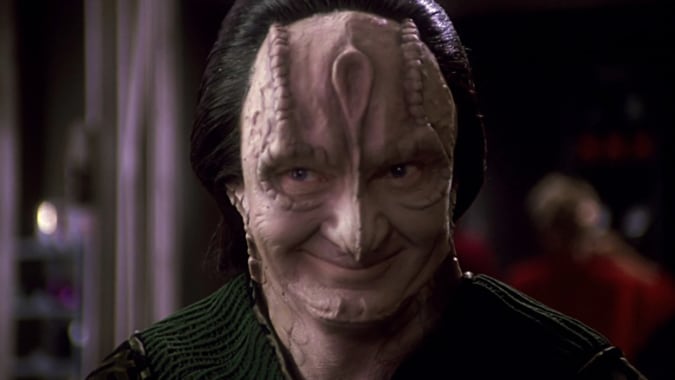 This is a Queue where we don’t talk about Star Trek at all because we all already know that Garak is the best. Let’s get Queuin’.

Earlybird Q4tQ: Do you prefer “Old” Torghast, where you could take your time (so to speak) and push through it, or are you a fan of “New” Torghast, with the timer/scoring system?

I thought Old was OK but a bit boring, New is intense and fun. I’m having a blast pushing for the mount.

I’m neither here nor there on this one. Old Torgast had its advantages — I might clear part of a floor, get distracted with watching TV or reading Twitter and just stop for a while in a safe place. That was great! I could amble through it at my own pace without a lot of focus.

That made it very low stress. But that also made it a little unengaging… for better or worse.

The timer system forces you to pay attention for the duration of the run and get through it. This has disadvantages: it’s no longer a zero stress activity. It takes some effort and some attention. But it has advantages, too. While you’re playing you’re really playing. And you certainly get it done a lot faster than when you’re only half paying attention.

They both have their advantages and their disadvantages. Neither is better or worse, in my opinion… they just are.

Q4tQ: As it turns out the Jailer is behind every bit of WoW lore that ever existed. The Lich King, Garrosh, Sylvanas, every major WoW character, the players have all been puppets of the Jailer from day one.

Do you think the Jailer is deserving of being the center of all WoW lore? Do you think Blizzard has done a good job of making us feel like he’s the greatest villain ever to exist in the WoW universe?

Lengthy, complicated stories all have this problem. When all of the threads start to come together, when you answer all the questions, when you get to the big bad who’s been hiding behind every curtain and has instigated every plot… it’s awfully hard for them to live up to the build up. The Jailer, like so very many other bad guys, is just… there, being a super ominous bad guy. And somehow, he doesn’t feel like much of a threat. He’s just there because we needed a bad guy who’s apparently been pulling everybody’s strings for the entire history of Warcraft.

It ties things up rather neatly to have one big bad. But it also makes all of the other bad guys feel a little less important. Arthas, Sylvanas, so many characters… in Shadowlands we’ve learned that the Jailer has been playing everyone to his tune all along. But he himself is not interesting. Even though Blizzard has written a backstory and a revenge motivation for him, I can’t really care about defeating him.

I do want to defeat him, but only so I can kick his corpse out of the way as I move on to whatever comes next.

Perhaps we’ll learn more about him that makes him feel more interesting, more “deserving” of being at the center of all this. But at the moment he’s still a new and rather vague villain who feels like he’s been pinned to the center of all of these plots simply because the story required someone pulling the strings. If he’s going to live up to the fearsome reputation that’s been attributed to him, we need to see more of him than being an ominous figure in the background that we’ve never heard of before.

I think I’ve found a big lap around the Maw that gives me exactly 10 Souls for the weekly. So if I do this big lap twice, I can get it done.

Q4TQ: do you have a “method” for collecting the 20 Souls quickly?

I have two strategies here. Either — as RJ suggested in the comments — go on Tuesday while everyone is is there cutting mobs down for you and all you have to do is run from spawn to spawn clicking, or don’t try to do it quickly. Go sit next to a spawn, or a few spawns, watch television, wait for things to spawn around you. That is for sure a slow method, but there are a few spots where you can stand in sight with two or three, and you can’t beat this low pressure, low effort method.

But I admit, lately I’m more likely to skip the whole thing when I don’t feel like it. The grind has started to feel less important, and I haven’t been keeping up with it like I used to.

Q4tQ: thoughts on WoW classic’s Season of Mastery? Do you think it will further segment an already segmented playerbase?

I think Season of Mastery — or something much like it — is something Classic badly needs. The difficulty with Classic is that we know exactly what’s there. Even if Blizzard run through every single expansion release, there’s a limited amount of content to explore and players will burn through it quickly — much more quickly than anyone did when it was first released.

One way or another, players are going to run out of things to do, and I think it makes a lot of sense to give them the chance to do it again — with some changes to make it a little different, a little more challenging, to give players a real reason to return to those same old encounters. Without resets like this, Classic, for all that we may love it, would grow stale.

I don’t feel like giving players new activities necessarily fragments the playerbase in a negative way. People without things to do are going to get bored and wander off — this just gives them new things to do in a different context. While they’re doing this, they may not be playing their original Classic characters or even their Burning Crusade Classic characters… but if they were tired of the same old same old and needed a new challenge, they probably wouldn’t have been playing anyway.

I’m looking at the Season of Mastery in the same way I look at Diablo 3’s Seasons, which have helped the game flourish and maintain an active and engaged population even though the game is nearly a decade old. In D3, Seasons give people new things to, new goals to accomplish, and a few tweaks to gameplay along with them. I think the Season of Mastery will do much the same for WoW Classic, giving players old and new a reason to log on again and play the game from start to finish.

So perhaps it does segment the player population, but I think it will do so in a way that will keep the game overall active and growing for much longer.

And that’s all for now, my friends. I hope you have enjoyed this Queue which was not about Star Trek, and I hope you have a good Friday and a good weekend to follow. Be sure to give your dogs, cats, kids, and loved ones a hug, because it’s been a long week/month/year and they could probably use one. I’ll see you back here next week!