The Queue: ‘Twas the antepenultimate day before Winter Veil… 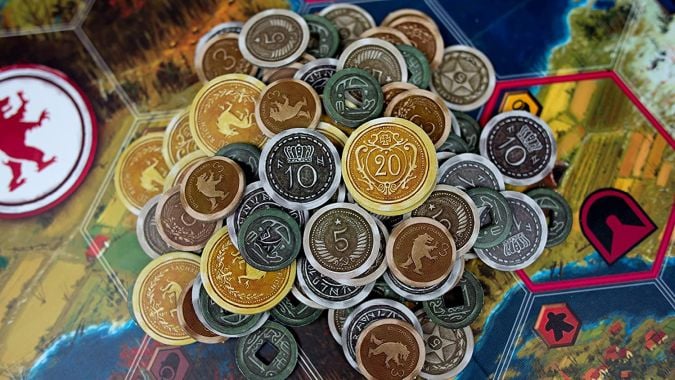 Boy howdy, do I enjoy sesquipedalian words. If only I’d written yesterday’s Queue, I could’ve employed “preantepenultimate”! But that’s neither here nor there. Here is here, and here is…

JAXDADDY STARTS US OFF WITH SOMETHING A BIT SPOOKIER:

For me? Well, there I was in Menethil Harbor, idly watching the ships come and go. There was a motley crowd waiting for passage to Theramore. There were scoundrels and children, grandmothers and mercenaries, the devout and the profane.

I watched ’em climb aboard and then the ship set sail. And, reader, with my own eyes, I watched it disappear and all those poor souls aboard, they hung there in mid-air for a fraction of a second and plunged into those briny waters with nary a splash. I called and screamed for help, but none of the dockworkers had noticed nor was there any sign of any passengers struggling in the water.

These days, I won’t go near that dock. I take other routes. But, I still wonder about the fates of all those aboard.

I.e. there used to be this bug I’d see on the ship to Theramore where for a split second the ship disappeared before the map screen came up and all the NPCs, looking rather ghostly, fell straight down toward the water.

I may have told this once before, but I still love telling it because it’s far and away something that I don’t think I’ll ever really replicate or experience again. (Some details are a little fuzzy, so pardon any slight inaccuracies.)

Back when Cataclysm was in beta, the game still had separate launchers for beta/retail/PTR. At the time, I had access to all three! At one point or another, I noticed that logging in through the PTR launcher still showed a beta realm on my list (or vise versa — beta launcher showed a PTR realm). Naturally, I was curious and tried to log in!

What happened next was a weird amalgam of being in and seeing all of the Cataclysm landscape, but still being part of a “current” server. So, if I used the PTR launcher to log into the beta realm, I could chat with anyone on the PTR and I still saw the original WoW maps when I hit M. But my character was walking through Cata landscape.

On top of that, whatever I did on either version affected the other. So in one case, I logged onto the beta and made my way to Uldum… then I used the PTR/beta trick and found myself floating in nothing, because I was now on a PTR realm that thought I was in Uldum but didn’t have the terrain of Uldum present.

It was super weird and words don’t entirely do it justice, but given the massive changes Cata made and the server infrastructure in place now (so we only have one launcher), I’m not sure it could happen again. Really wish I’d recorded some of it, but I was a wee baby teen at the time.

SIBYLLE WANTS TO KNOW WHAT’S IN STORE FOR ME:

Q4tQ: What did you ask Greatfather WInter to bring you in a green-ribboned festive parcel this year?

Lots of board game stuff! Scythe is hands-down my favorite board game ever, so I asked for a lot of expansions/add-ons for it. Likewise, I asked for some new Ticket to Ride variants that’ll work better in different settings — some for 2-person games with my GF, others for larger gatherings that add group-centric rules.

I know I had more on my list, but those are the big ones. It’s a big board game year for me.

JALAMENOS THE ASCENDED ASKS ABOUT OUR OWN PERSONAL RP:

Q4tQ: Do you consider your WoW character(s) to be a hero, champion or whatever else they call us?

Do you bake in what we do in quests, dungeons and raids to your character’s “story”, or is that just a gameplay thing to you and in your canon, your character just enjoys exploring, or fishing or something else less lethal?

Yes but I don’t think too hard about it. At this point, I’m more like the best mercenary ever, because I just do everything for everyone and occasionally I throw in some less-than-moral choices since, deep down, my character is probably a little evil.

So, sure, I’ve done a lot of impressive, heroic-level things… but most people who call me Champion do so because they’re either SO far above me (Jaina, Bolvar, etc.) that they only hear about the good things, or they’re so far below me that… well, they also only hear about the good things. The people who know my character well enough prefer not to talk about it too much.

SPENCER MORGAN GIVES US A FUN ONE:

Change one word in a movie title to Mitch.

The Mitch has eyes.

JAXDADDY IS A LOVELY AND SMART INDIVIDUAL:

Just so y’all know. I’m brilliant. A brilliant dumb&ss that is. There is a long, tiresome story involving interior locks and disassembling two door knobs to get back into my bedroom. Good grief.

If it’s any consolation, at least you didn’t have to crawl through your own open window. Also I think you’re wonderful!

QftQ: I’m changing one of my alts from a healer to DPS for leveling purposes but I don’t have an appropriate weapon for him. What’s the quickest way to obtain a DPS weapon for the Shadowlands intro?

Couple options here, though I think the comments nailed it with “Just go for the Auction House” —

That’s our Queue for today! I hope you all have an amazing holiday, no matter what you celebrate! And if family gatherings or the holidays gotcha down, always remember you have a family of Queuemans here for you <3