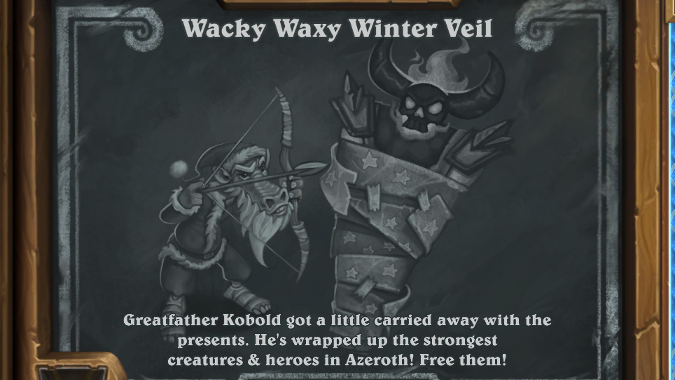 Get ready for some zany Hearthstone fun! Greatfather Kobold got a little jealous of Great Father Winter getting all the attention in last week’s Gift Exchange Tavern Brawl. This week, Greatfather Kobold takes over with the alliterative Wacky Waxy Winter’s Veil. It seems the wax from the all those candlelight Winter Veil services the kobolds held has trapped some Legendary minions.

This Brawl plays out in a similar fashion to last week’s Gift Exchange. At the start of the game, Greatfather Kobold drops four 0/4 Large Waxy Gift minions on each side of the board. When your opponent’s Gift is destroyed, you’ll free the inhabitant, and a Legendary minion will be added to your hand with its cost reduced by a juicy three mana. There are no special cards like the Hard Pack Snowball from last week, just Legendary minions. The big change from last week is if you destroy your own gifts (I’m looking you, Warlocks), the Legendary still goes to your opponent.

Greatfater Kobold doesn’t keep dropping gifts turn after turn. It seems he wants to keep a few for himself: he waits six turns before the board is refilled with gifts. 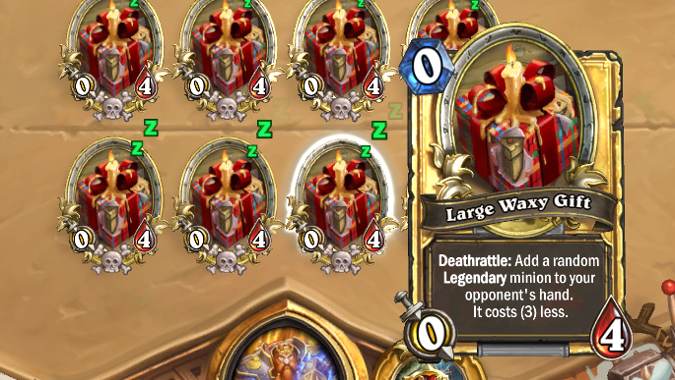 How to win the Wacky Waxy Winter’s Veil Tavern Brawl

Like most Constructed Brawls, the key to victory is finding a great deck. Over time, players discover the “meta” — the deck (or decks) that are particularly strong given the ruleset, like they did with the Warlock list everyone played last week. These lists are published on sites like r/Hearthstone (and others) and become dominant. Counter decks rise and you fall into the same sort of meta as you see on the Ladder.

There’s no Discover mechanic on what you get from the gifts which makes this one a bit more RNG than last week. There are a wide range of outcomes from the Legendary card pool. Some are game-winners, especially with the mana reductions. Others are meant to enable specific decks, and you won’t have the other pieces, making them almost useless. The Hearthstone team also puts “filler” Legendary into each set which simply aren’t very powerful.

The key to this Brawl is threefold: you want to destroy your opponent’s  Gifts, protect your own Gifts, and also deal with any Legendary minions that hit the board. The three mana reduction in card cost creates powerful plays.

Cards like Crazed Alchemist and Void Ripper are still popular picks because their Battlecry can kill a Gift even if its protected by a Taunt minions. Stampeding Kodo and Mossy Horror are great additions even if they are a little expensive. The real MVP minion is Scorp-o-matic which can destroy a gift and only costs 2 mana. You’ll see this minion in almost every list very quickly.

Even more so this week than last, the Gifts also provide multiple minions on the board which is great for classes that love to buff their minions like Druid. Paladin also likes to buff their minions, but Druids have more spells that benefit from the wide board you start with. 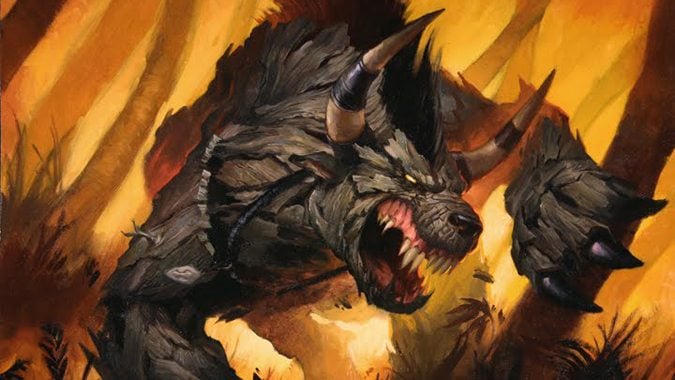 Demon Hunter’s early game is the best in Hearthstone. This deck abuses that early game to get a lead on on the board. You use your minions and your Hero Power to destroy Gifts. This time, there will actually be gifts to attack since your opponent won’t be destroying them.

This deck uses the Gifts offensively by buffing them and then using them to destroy your opponents’ Gifts. Power of the Wild and Mark of the Lotus turn your Gifts into a threatening board. Buffs act as a sort of heal as they continue to increase the health of your minions.

Your Secrets protect your gifts with cards like Never Surrender! and Noble Sacrifice. Oh My Yogg! can ruin a Druid’s day. Mulligan hard for you Scorp-o-matic, and use Dark Conviction on your own gifts.

This deck has several spells to kill Gifts for zero mana with Topsy Turvey, Forbidden Words. It seeks to protect its own Gifts by silencing off the Deathrattle, and thus denying the Legendary minions to its opponent. Purify and Silence keep your presents from giving anything to your opponent while also still providing a target for your buffs. 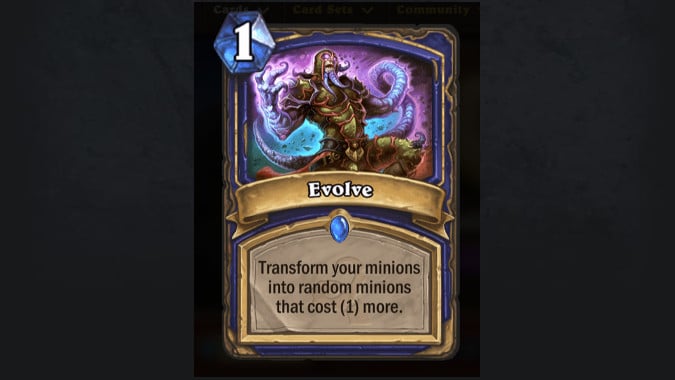 2021 update, with credit to Ben Hearthstone

Shaman has another clever way to deny Gifts to the opponent: evolve mechanics. If you evolve the Gift, it’s gone and you have a possibly useful minion on the board.

This deck is a holdover from last week, but a little more effective. The deck features a plethora of Rush minions to take out your opponent’s Gifts on each turn. Once you turn into Galakrond, put pressure on your opponent turn and turn with steady damage.

Overall, I like the attempt at putting a different spin on last week’s Brawl. I think the Druid deck has the potential to be as oppressive as Warlock was last week, but maybe Shaman can counter well enough. Either way, it’ll be fun to see who it plays out and if players come with other fantastic ideas.

Enjoy the Brawl over the holidays, and a very happy Winter Veil to you all. Yes, even you, Gul’dan.