Start your year and your weekend with some cute canine chaos (A.K.A. look at these dogs in shoes) 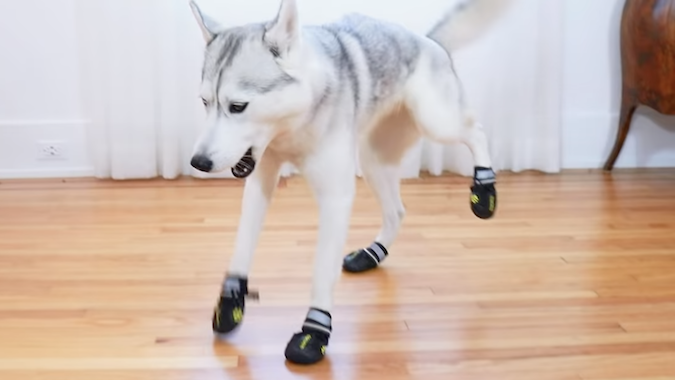 I am a firm believer that there are few things in the world as funny as a dog wearing boots for the first time. I don’t even know what language to use to explain the wacky movements they make. It’s part waddle, part totter, and part showgirl high-kick. So since a picture is worth a thousand words, a video must be worth a million. Let’s get into the hilarity.

This scenario demands narration of the canine inner monologue

Somehow it’s even funnier to see this husky’s thoughts written out.

This li’l guy is really trying his best, and I applaud him. Bravo, pupper!

That expression says it all. Poor li’l chihuahua buddy.

“Throw your paws in the air like you just don’t care!”

And maybe throw your butt up there too. Just to be sure.

A valiant attempt at stoicism

But even this super-serious boxer falls prey to the dog0-bootie silliness.

I’m totally not laughing at you either, pupper.

And the TL;DR of all dogs-in-boots videos:

GET THESE STUPID THINGS OFF OF ME!

Blizzard Watch is made possible by people like you.
Please consider supporting our Patreon!
Filed Under: All The Cuteness, Cute
Advertisement