How do you deal with failure? 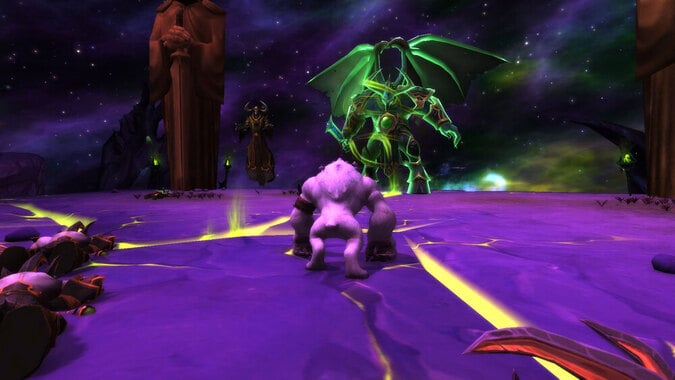 I cannot play a ranged caster class in almost any game. I’ve tried it in World of Warcraft, I’ve tried it in Skyrim, in Wrath of the Righteous, in various iterations of Dungeons and Dragons, I’ve even tried it with the Adept in Mass Effect — and of course I tried Mage in Dragon Age and I really, honestly just plain cannot get it done. There’s something about playing a character who uses abilities to deal damage at range that just saps my will to keep playing the game — to the point that when I picked up Kingdoms of Amalur back in the day and I could mix between in-your-face sword attacks and devastating magical spells, or Fable (wow, remember oldschool Fable?) and you could do whatever you wanted, like wear full plater and swing a massive sword and explode the area around you in flames — that’s the only time I’ve ever been able to grok magic in any game.

My legacy of failure as a caster in World of Warcraft includes Mages, Warlocks, Balance Druids, Elemental Shamans — you name it and I’ve deleted it at level 10 or rerolled to Feral or Enhancement. I want to be good at this! Or at least not be utter garbage. But in the end, no matter how hard I try, I just don’t seem to be able to hack being a ranged caster in any game.

So now I ask you — when you, like me in this scenario, fail at something, how do you deal with that? Do you just keep trying over and over again even though you’re reasonably certain that it is absolutely not going to work? Do you refuse to even entertain the possibility that it won’t? Do you keep going with a can do attitude? Maybe you learn something from each failure, in which case, how? How do you deal with not being able to do something?

Blizzard Watch is made possible by people like you.
Please consider supporting our Patreon!
Filed Under: Caster Class, Failure, I Can’t Do It But I Can’t Stop Trying, Ranged
Advertisement