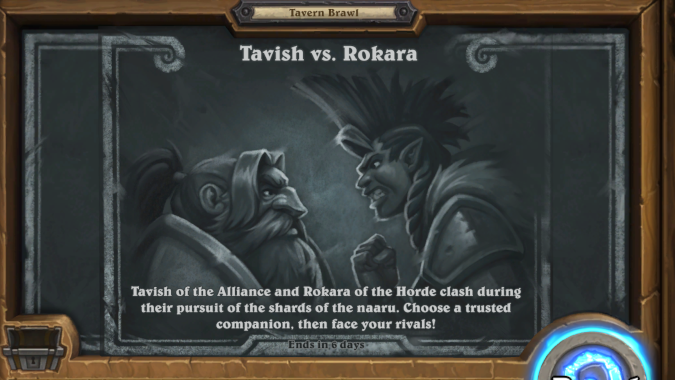 The battle for Naaru crystals pits Tavish of the Alliance against Rokora of the Horde in the Tavish vs Rokora Hearthstone Tavern Brawl. Edwin VanCleef was defeated in the Deadmines, but agents of Lady Prestor have taken the shards to Alterac Valley, where Kazakus awaits. The Alliance and the Horde mercenaries face off for the right to retrieve the shards.

The crystals have served as the main MacGuffin through much of the story content in the Year of the Gryphon. These two heroes want to ensure the incredible power of the crystals doesn’t fall into the wrong (faction’s) hands.

All you need to do this week is hit the Brawl button. You’ll be randomly assigned either Tavish or Rokora — it doesn’t matter what side you picked at the beginning of Fractured in Alterac Valley. For instance, I chose Alliance, but I’ve gotten Rokora several times in the Brawl.

On your first turn, you’ll choose a companion. These are all characters you should be familiar with from content throughout the Year of the Gryphon. The companion becomes your new Hero Power for the game. Tavish gets four choices, and Rokora gets three. This is obviously Alliance bias. [Ed’s note: this is a joke.] 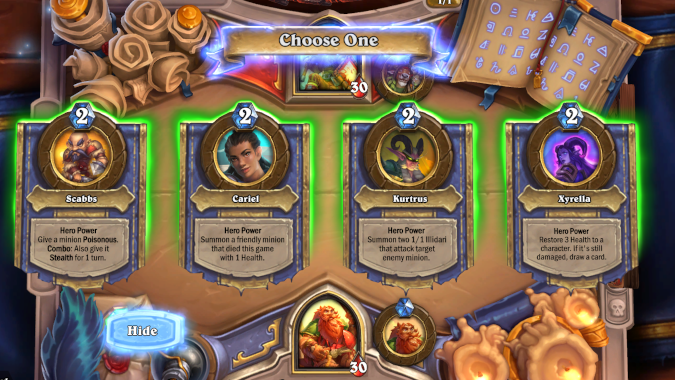 Tavish and Rokora have some great interactions. Each combination of companion and hero has unique dialogue interactions that tell more of the Mercenaries’ story, and it seems like these story bits are the main point of the Brawl. Be sure you try all the emotes at least once. They may even be dropping some hints as to the next mini-set, but you didn’t hear that from me.

Each hero comes with a prebuilt deck. They seem to be randomized to some degree, so there isn’t a “right” choice for the companion Hero Power. That limits the strategizing on this Brawl: you’ll play your spells and minions and try to reduce the enemy hero’s health points to zero while keeping your own above zero. 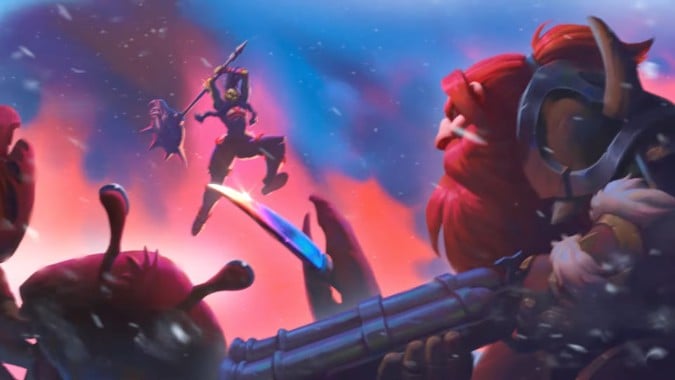 How to win the Tavish vs Rokara Tavern Brawl

Since the decks are random cards, the only options available to you to choosing your Hero Power and your mulligan. As Rokora, I tended to favor the Dawngrasp Hero Power, which gives great tempo from both the 1 damage pings and the 2/1 with the ability to freeze. As Tavish, I like the Poisonous and Stealth from Scabs, which also provides outstanding tempo — and even more so with a Rush minion. The other powers feel more situational and require you get specific kinds of cards in your randomized deck.

The decks themselves are part of the challenge. You might get a bunch of Secret synergy as Tavish and no Secerets. Or you might get Armor synergy as Rokora and no way to generate Armor. As is often the case with these random deck Brawls, you want to take an Arena mindset. Drop minions on curve and try to swing the board. Don’t hold cards waiting for synergy. You might have a dragon-activated card and no dragons in your deck, so don’t wait. Just drop it on the board for pure stats.

If you want the card pack, just keep queuing up. Eventually, you’ll get a great deck and overwhelm your opponent. It’s a Brawl, so don’t be afraid to make a couple of YOLO plays. Maybe it’ll pay off.