What you need to know about Star Wars: The Old Republic’s story before Legacy of the Sith 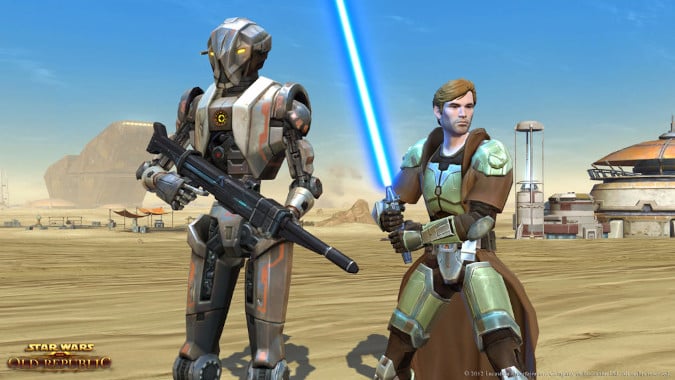 Star Wars: The Old Republic is celebrating its 10th anniversary, and it’s ringing in this momentous event with a new expansion, Legacy of the Sith, which is now live. SWTOR is a very story-driven game, with all of the main story and a lot of side quests fully animated and voiced, and constant cut scenes while leveling and questing. There is a massive amount of lore in the game, and we can’t even begin to cover it all in one article. But here are some of the main points, either as refreshers, or as backstory if you wish to jump into the game at this point. 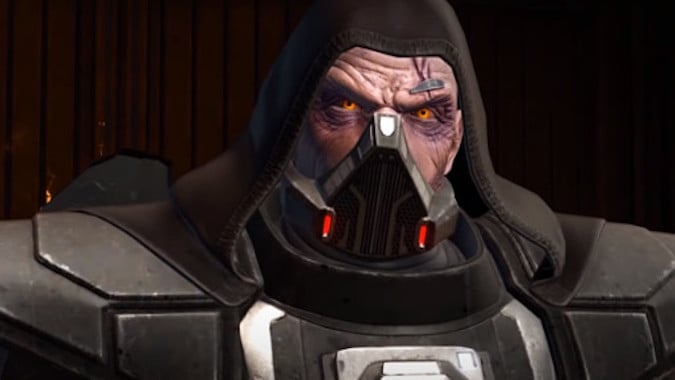 Who is Darth Malgus?

Several different loading screens over the years feature a hooded Sith with a respirator. That is Darth Malgus, and he’s featured again in Legacy of the Sith.

Malgus was once part of the Dark Council, serving along with the Imperial army. There was a mission on the planet Ilum to obtain Adegan crystals, the ones used for lightsabers. During this mission, Malgus used his position to steal the crystals and power his armada. He used this moment of power to break away from the Empire, and declared war against both them, and the Republic. No matter which side you were on, as a player, you went after Darth Malgus on his ship and fought him in his throne room. In a final act of defiance, he set off explosives and let the whole place detonate. When the battle was over, he was dead.

Well, you thought he was dead. Somehow, he wasn’t completely dead, and his body was recovered from the explosion. When he returned, he was under the control of the Empire. Hardware had been implanted in his head to keep him from going against the Empire’s commands. Imperial players joined him, and Republic players fought against him, but either way, there was a showdown on the Meridian Complex over the planet of Corellia. More explosions, and this time Darth Malgus was just injured and escaped.

What was inside his head was damaged, but he remained stuck, visions of being tortured by force lightning. This was a psychological technique that was used on him. Malgus remembered where he had seen this before. He went to Dantooine. There, a former Jedi, Aryn, remembered him, as he had killed her master. On the planet, Darth Malgus managed to recover an artifact — what it was is never shown. He then said the chain is broken, and he will be coming for the Empire and the Republic.

And then… nothing. That was the build up for the next expansion. 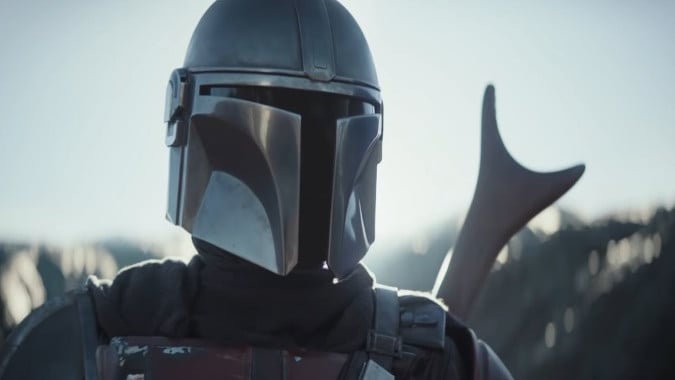 What’s going on with the Mandalorians?

When the Disney+ TV show The Mandalorian came out, there was a spike in the player base for SWTOR. At the same time, there was an increase in the percent of players playing Bounty Hunters. There is also a story going on in SWTOR regarding Mandalorians — BioWare and EA would really miss an opportunity if they didn’t tie in such a popular show.

Shae Vizla was a Bounty Hunter who used to work for the Sith Empire, and was known for ruthless attacks. After the Imperial/Republic war reached a sort of treaty and went into a Cold War era, she retired. But her retirement would not last long. One of the leaders among the Mandalorians was slain and she became the next leader, known as Mandalore the Avenger. She did not want to take sides in the current war — or force the Mandalorians back into this battle — but the player’s character convinced her that they were needed.

The Mandalorians are not a unified group. There are many clans, scattered throughout the galaxy. Three other clans seem to be working together — Clan Varad, the Dar’manda, and the Ash’ad. They attacked the Mandalorian ship the Spirit of Vengeance II, led by Heta Kol. Shae Vizla and the player were able to defeat them, but not before Heta obtains what she needs — a banner representing another clan of Mandalorians. There’s a following scene that followed where Heta shows her dominance over them, reminding them all how they need to work together, and they have their orders. Shae Vizla says that we need to find out why they are up to.

And that’s it — so far. Surely more is to come. 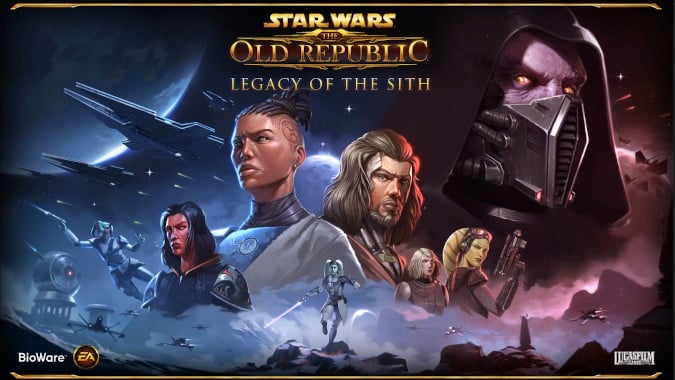 The large, Sith-looking face is Darth Malgus. The next two biggest in the center are Tau Idair and Arn Peralun. Tau served the Jedi Order since she was young, and works with the player, if they’re with the Republic. She had joined the fight against Darth Malgus on the Meridian Complex and helped defeat him there. She is considered among the Jedi Order’s most important representatives, and will help direct what to do next. Arn is a Human Cyborg, and was her Padawan. The player takes him on as a companion, and judging from this, he will likely continue on in this role.

Below Tau is Darth Rivix, a Sith. He serves the player, assuming they are Imperial, and acts as a liaison between them and the Emperor. Underneath Malgus is Anri. She is a Twi’lek, and a Major in the Sith Empire. She served under Darth Malgus. However, she stays loyal to the Empire after he turns against both sides. Next to her is Lana Beniko. She is a fan favorite, who probably outlasted the time the writers meant for her to be in the game. She was a Sith Lord in the Empire, but served the player, regardless of Republic or Empire, during the fight against the Eternal Empire. Then, when the player rejoined their respective side — or stayed independent — she remained faithfully by their side.

Down center, the identity of the blue Twi’lek with the lightsaber is not completely confirmed, but appears to be Jedi Master Denolm Orr. Not much else is known about her.

Finally, if you want to know everything about SWTOR — and watch some of the most important cutscenes — SWTORISTA.com is a great resource. Assuming, of course, you have thousands of hours to spend.

Blizzard Watch is made possible by people like you.
Please consider supporting our Patreon!
Filed Under: Darth Malgus, Legacy Of The Sith, Mandalorian, Star Wars, Star Wars The Old Republic, Swtor, Swtorista
Advertisement