How to quick travel in Diablo Immortal with the Navigation feature 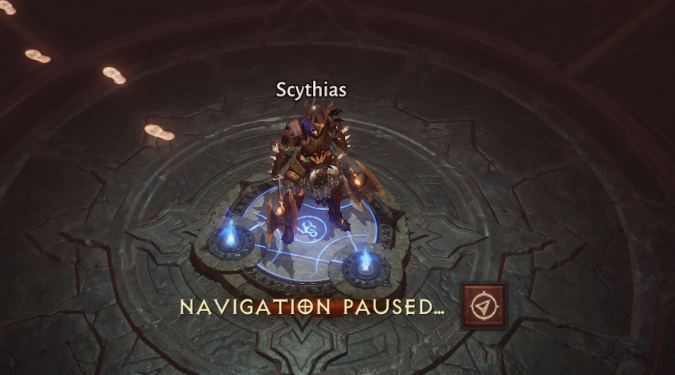 There are many activities to enjoy in Diablo Immortal, but you don’t want to spend half your game time figuring out how to get to that dungeon or zone landmark or bounty location. Fortunately, there is a convenient navigation system built in to the game to get you into the action fast.

I’m personally a big fan of how the game handles this kind of thing. Normally, you would have to manually plot a course involving a series of Waypoints and overland routes to arrive at your destination. You could do that in Diablo Immortal or you can let the Navigation system in the game do it for you. 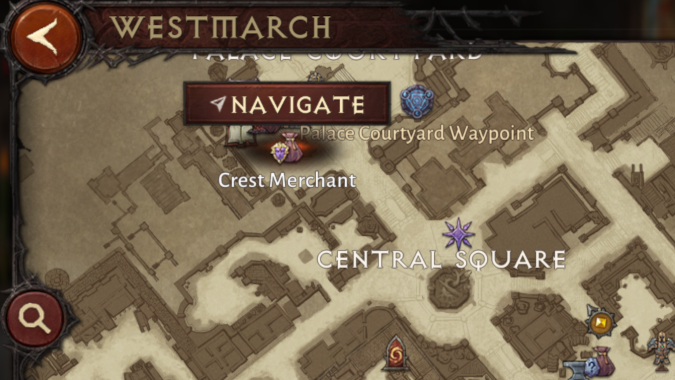 Where do I go from here?

Once you’ve explored a map various markers will appear on it telling you where things are. You can manually run to those places if you prefer, but if you’d like to simply push a button then just tap on one of those points of interest and click the Navigate button that will appear over it. The Navigate feature will create a glowing path of footprints that you can either manually follow to your targeted location or allow the game to autorun you there. 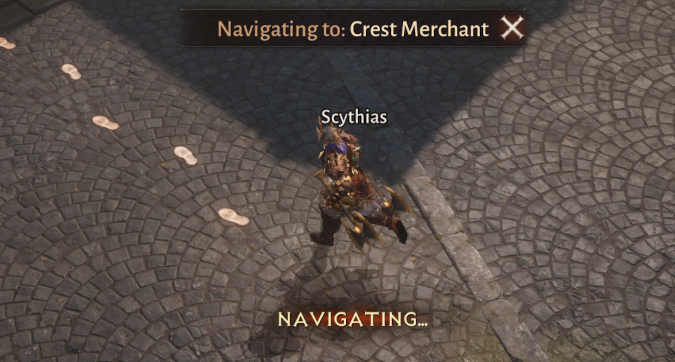 This should be familiar to players of a variety of games, similar to the glowing trail in Fable 2 and Fable 3 and plenty of other games before and since those two. In the above screenshot, however, I’m allowing the Navigation feature to auto-un my character to the destination I selected instead of manually following it. This has risks — doing so in the open world means the game can and will run you right through packs of monsters that just happen to be on the track of the trail the game is making you follow. It will by nature try and find the shortest path available, even if that path goes through a whole lot of skeletons or spiders or demons.

You can always interrupt the autorunning of the Navigation and simply manually follow the glowing footprint trail to your target, and can stop, fight, and then re-engage auto-running after you’re done fighting. It’s a fairly seamless transition all told. The system will also interact with the various Waypoints around Sanctuary. 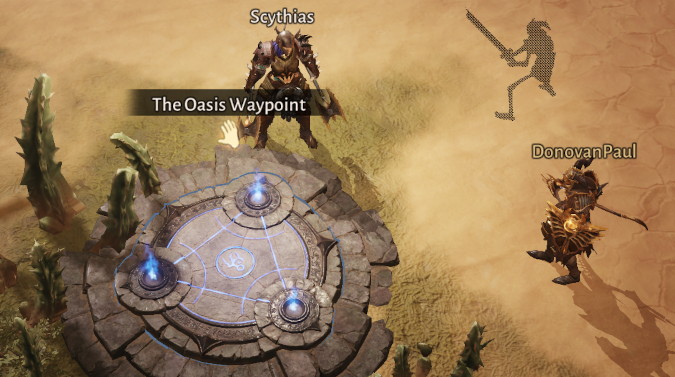 This system also works with quests by going to the Quests tab of the Codex and selecting Navigate, which will function as if you’d clicked on an icon on the world map. You’ll immediately open a portal to the nearest Waypoint to that quest objective, and then autorun to your final destination. The system can be a bit weird — I have had it open a portal to a location that was technically no closer than I was standing — but it’s remarkably hassle free and can be interrupted at any time to return control to your character just by choosing to move manually.

This feature is particularly handy when looking at the Daily Activities in your Codex. Each one has a navigation arrow button next to it that will teleport you to the nearest Waypoint to the dungeon, bounty, or other destination associated with the activity and autorun you the rest of the way. It also works just by clicking (or tapping) on any entry in your miniquest log on the left side of your screen including getting back to the Bounty Board when all your bounties are completed. 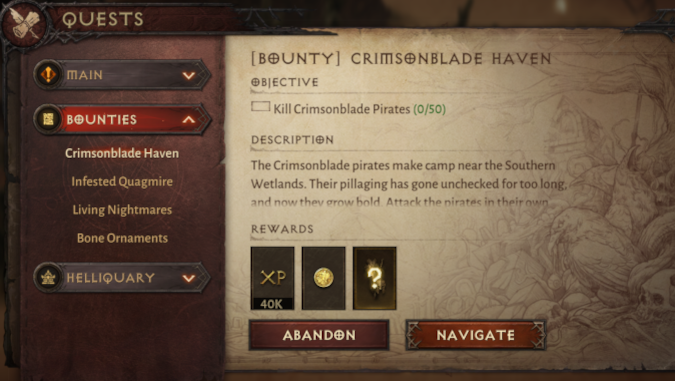 Overall it makes for a compact and easy to use system for world travel. It doesn’t negate the need to actually go places at least once before you can Navigate to them but it does make it a lot more seamless. And unlike the flight points in World of Warcraft you don’t spend any time just sitting there watching the game, unable to control your character. The ability to interrupt the Auto-Navigation aspects of the game at any time make it a nice quality of life option that isn’t required and can be dismissed if you decide to stop and fight that Elite instead of running past it. Things will still aggro you while you’re auto-running past — if you set it to Navigate and then walk away from your screen, you could come back to find yourself dead. I personally like that aspect of the system, that it isn’t set it and forget it — you do need to pay attention, even if you don’t have to manually move yourself.

So there you have it — that’s how you get around Sanctuary in Diablo Immortal.