The Queue: I will do what I must 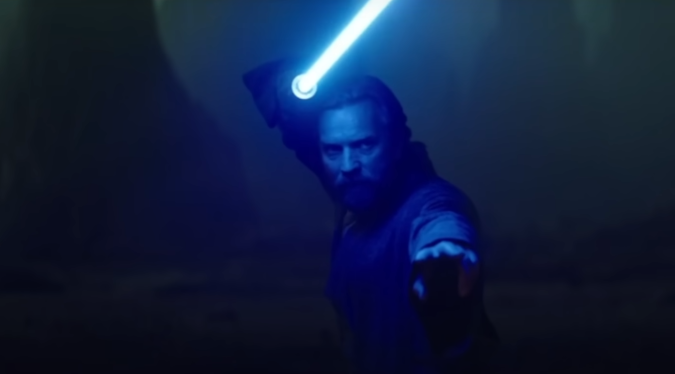 It’s the Queue. I probably can’t get away with just talking about Obi-wan Kenobi, but man, I would if I could.

FELINAE
Q4tQ do you go out of your way to complete achievements in wow? If so, what motivates you to do them, eg specific rewards? And what is your white whale – which achievement(s) have you been trying for and has been eluding you or taking forever?
I’d love to hear for multiple Queue writers on that.

Well, I don’t know if others will pick it up, but I will.

I do achievements for my friends who want them, even if they’re very long or painful to accomplish — looking at you, that month of my life I spent doing Icecrown Citadel achieves for my guildies — but for myself it’s not a priority. I love transmog, I enjoy fighting stuff, and I find tanking an interesting intellectual challenge, but I have relatively little interest in do this thing, get arbitrary points for it. It’s like Whose Line Is It Anyway in that the points are made up and the score doesn’t matter.

Has anyone else had an issue using charge when doing the Ahune fight on a warrior? Seems like on any of mine, when Ahune submerges, I can never charge in to attack the crystal. It’s not a big deal, but it’d be nice to top off rage when that phase starts.

Yeah, I started just Heroic Leaping in, it’s easier because Ahune is a pain. His hitbox is huge, you can end up trying to target the crystal and instead targeting him under the ice and actually charging down there, which glitches you out and I swear one time I ended up dead in Westfall.

I have eaten an honestly obscene amount of crazy bread today and developed an eye twitch. I need help.

I am curious about exactly how much crazy bread one has to eat for it to become obscene. I mean, based on the shape of crazy bread, I can imagine ways to eat it that border on obscenity, and certainly it could be used in non-consumption ways that would definitely be obscene, but I have no idea how much volume you have to consume of crazy bread before the sheer amount of baked dough and garlic and parmesan would offend me.

Either it’s a seriously huge amount, or it’s like almost nothing and the offense is caused by wasting time when you could be eating more crazy bread. It’s a conundrum.

It’s 2022 and we still don’t have an official PC port of Fable 2.
This is the saddest timeline.

If you just want to play Fable 2 on your PC, there are ways to do it, including using Game Pass to stream it to your PC. But I know you probably already know that, so I’ll just say that yes, there should be a Fable Collection for PC (and for all consoles, even PlayStation, the eternal foe of Xbox) that lets you play all of the Fable games ala the Mass Effect Legendary Edition.

I mean, yes, I have Fable Anniversary on my PC and that’s great, and it’s my favorite Fable game, but Fable 2 had a really interesting story and I’d like to get to play it again on PC.

How did you come up with the name of your main character?

My current WoW main is named Scythias. I got this name from Scythos, my original main, who was himself renamed that when I moved servers and Marketh, my original main’s original name, was taken. Scythos and thus Scythias are named after the Scythians, a fascinating (to me, anyway) group of proto-Iranian nomads who sacked Nineveh, killed a Persian King of Kings, fought with Alexander the Great and were one of the first people to master mounted combat. This is also the name of my main in Diablo Immortal.

Question for the queue: Do quest texts or NPC lines ever take you out of immersion? I am levelling in westfall now, and all the talk about hobos is just weird. I mean sure, they are sometimes called transients, which is a nicer word for it , but the word “hobo” doesn’t ring fantasy , magic and adventure for me. It’s weird seeing it in WoW. The storyline itself is really cool, with showing us the repercussions of war, all the peoples who lost their homes and livelihoods is heavy, but hobo….

I mean, honestly, the fact that nobody knows the origin of the word ‘hobo‘ and it just sort of appeared as if by magic one day, with people using it and no one really knowing where it came from, makes me think it’s eminently suitable to be used in a fantasy game.

But I admit there are times when it feels weird to hear or read specific dialogue for me. In Assassin’s Creed Unity I get yanked out of the game every time when Napoleon speaks and he’s got a plummy English accent. He was from Corsica after it was annexed by France, he shouldn’t sound like a discount Anthony Stewart Head. 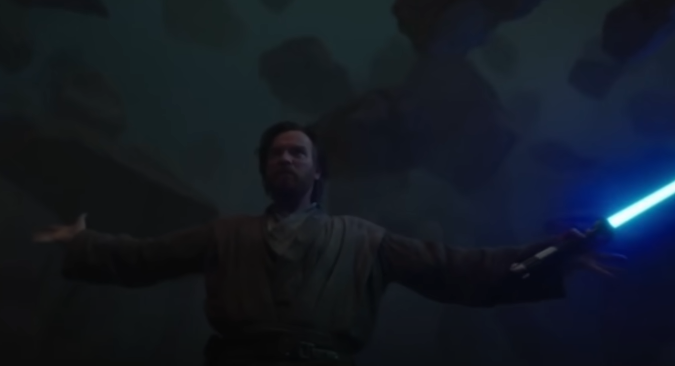 You have no idea how much all I wanted to do today was talk about this show. This scene alone, it’s magnificent, and I love the idea that it’s because…

Oh, never mind. Y’all probably don’t really need to hear me blather about Obi-Wan Kenobi all day. Thanks for being here in the Queue, everyone. See you next week.

Blizzard Watch is made possible by people like you.
Please consider supporting our Patreon!
Filed Under: Only A Master Of Evil
Advertisement