Recrafting, crafting, and the new Artisan’s Mettle reagent come to professions in Dragonflight 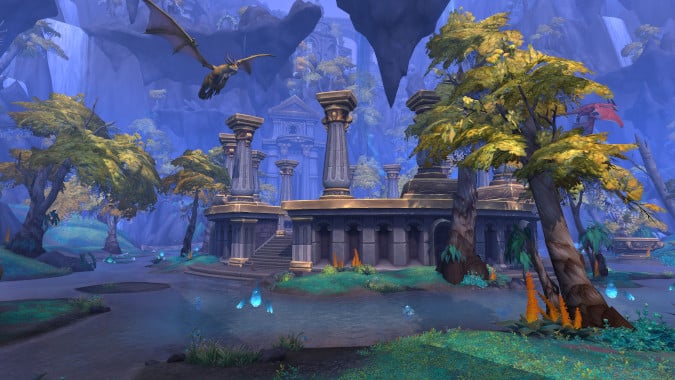 Professions in Dragonflight are seeing a lot of changes — Blizzard already released a two-part post about them, and more are sure to come. Of those changes, one of the biggest is Recrafting, and with the start of Dragonflight’s alpha, we are starting to learn a little more.

To set the stage, the original blue post back in May described Recrafting in brief.

One thing I want to talk about that we haven’t mentioned yet is the concept of recrafting. It’s still in the works so is likely to change some, but the basic idea is as follows:

Recrafting will allow you to take any piece of Dragonflight crafted gear and bring it back into the crafting screen as a crafter. You can then spend a special reagent, plus a small subset of the original reagents from the recipe to “recraft the item”.

During this process, you can completely change out optional reagents if you want. The new quality of the item will be determined based on the new setup of reagents, plus your current skill. This means you can have an item crafted at a low quality, then later recraft it when you are higher skill to a higher quality.

For non-crafters, we are planning to support recrafting orders as well. In this case, you can send you item to get recrafted to have its optional reagents changed out, or to potentially have its quality increased.

All of this should help players feel comfortable having a high end item crafted early, when it might not be at max quality, secure in the knowledge that they can always have it recrafted to be better later.

What is Recrafting, and how does it work?

To upgrade an item, additional reagents are needed. It requires “a subset of the original tradeable reagents that went into it,” for example, ore in Blacksmithing armor, or cloth in Tailoring items. Next, optional items can be swapped out. These will be reagents that add stats, or extra sockets, or raise the item level of the gear, the way Shadowlands had optional reagents when crafting. The blue post above had mentioned a “special reagent” when recrafting, and now that alpha is live, we now know that reagent is called Artisan’s Mettle.

Players can put in work orders to have gear Recrafted. Even if the gear is Soulbound, and even though some of the reagents for the Recrafting process — like Artisan’s Mettle — are Soulbound, this process can be done by other characters. Even the Soulbound reagents can be supplied by character requesting the work order.

However, when Recrafting there is some risk involved. The wording in the new post by Blizzard is tricky. It states that the new gear will be raised to a higher quality when crafted with a higher skill. So far, so good. This is always risk-free — the new gear will never make the item worse, even if Recrafted with a lower skill. In other words, you don’t need to worry about sending out an item on a work order and not knowing which random person picked it up, having them possibly mess it up with a lower skill than whomever originally crafted it. But if the new optional reagents result in a higher recipe difficulty, and they would have to be removed, it could result in overall lower quality, but the base item would still be at least the same quality it was before. 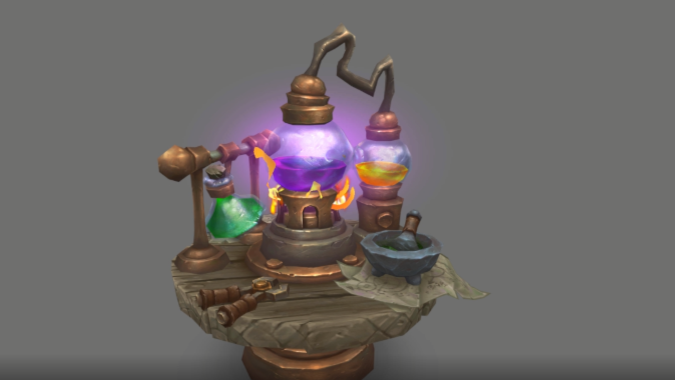 Artisan’s Mettle was mentioned several times in the section about Recrafting. However, it wasn’t just used for Recrafting — there were numerous points made about how important it was to crafting overall. Worse, the post specifically stated it can only be earned in limited quantities through various crafting and gathering activities. In other words, this is going to be a valuable, but limited resource, meant to put a cap on how much certain activities can be done.

What is Artisan’s Mettle used for? It is required for every use of Recrafting. It also is used to craft high-end profession equipment. It can be used as a finishing reagent that increases skill when used. And it’s also used for various other profession-benefiting consumables. In other words, all of its uses are yet unknown. How often is it created from crafting, versus from gathering? How often is it used in each? This might be intended as a push for each crafter needing both a crafting and gathering profession — in other words, if gatherers are able to obtain a lot of them with no reason to use them, and crafters need a lot of them, and they stay Soulbound, this could be an issue down the road.

While Artisan’s Mettle was just one piece of the Blizzard post about professions in general, it dominated the section on Recrafting. It seems important enough that it will be the limiting factor on how often gear can be Recrafted, and might play an important role in professions overall — in how much the skills can be leveled up, and which professions characters will need to have to be effective crafters. 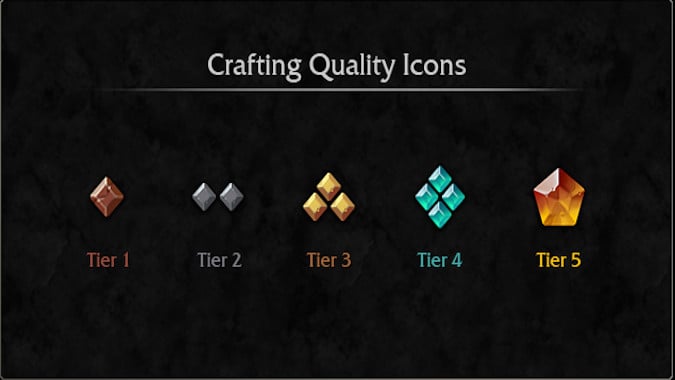 Quality matters with crafting as well as Recrafting

One big change with crafting — and therefore Recrafting — in Dragonflight, is quality. Quality will affect item level on gear. It will affect the duration or the potency of a potion. Quality affects many different parts of the crafting process. Reagents like ore or herbs will have a quality, and the higher the quality, the better the product they are going into will be. The skill of the crafter will result in better quality products more often, too. Then there are character stats involved in crafting, such as Inspiration, which will help create a better product. Finishing reagents like Artisan’s Mettle will help create a better product. There are plenty of places where the quality what goes into the recipe will produce a better product, such as armor being produced.

Why does this matter for Recrafting? Because, part of the reason a piece can be Recrafted is to improve the quality. Yes, there are more specific ways to improve the gear with Recrafting, such as changing stats with optional reagents, but one is to improve its quality. An example given in the section about quality was a piece of leveling gear. At the lowest quality, Tier 1, it would have an ilevel of 270, and at its highest quality, Tier 5, would have an ilevel of 280. While that might not seem too significant, it’s a great example of how Recrafting, with changes in both the skill of the crafter and the reagents used to recraft it, could change a piece of gear. The point being made, quality matters.

Blizzard Watch is made possible by people like you.
Please consider supporting our Patreon!
Filed Under: Crafting, Dragonflight, Dragonflight Gearing, Professions, Recrafting
Advertisement