What Captain Pike’s tragic story can tell us about hope in Star Trek: Strange New Worlds 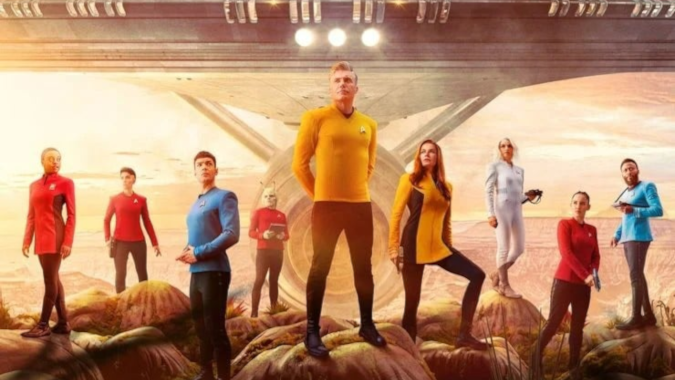 Strange New Worlds, the newest Star Trek series, is very well written and beautifully shot, with an excellent set that reminds us an updated version of the U.S.S. Enterprise from the original series. It is a return to episodic storytelling — unlike Picard and Discovery, it does not attempt to tell one story for an entire season but instead returns to the format made familiar by the original series and The Next Generation.

It is also astonishingly well acted. I have yet to see a performance on this show I haven’t liked, from Christina Chong’s La’an to Jess Bush as Nurse Chapel, from Bruce Horak’s Hemmer to Babs Olusanmokun’s frayed but still searching M’Benga, and Celia Rose Gooding is a miracle as Uhura. Even recurring characters like T’Pring, Admiral April and Captain Batel are excellent, and I can’t stop this paragraph without mentioning Melissa Navia as Lieutenant Ortegas. Ortegas might just be my favorite character introduced in this season and I want to see more of her.

Ethan Peck’s Spock does not attempt to copy Leonard Nimoy but rather brings the essence of the character forward. Rebecca Romjin anchors her Una Chin-Riley with a bedrock of competence masking a deep secret and insecurity about her dreams and her place in the cosmos.

Anson Mount is phenomenal as Captain Christopher Pike, the role originated in the original unused pilot for the show by Jeffrey Hunter and seen later in the two part episode The Menagerie. I could sit here and gush about Mount all day, but instead we’re here to talk about the story line he went through in Strange New Worlds, how it brings things from earlier series full circle — and honestly, how plain interesting it is.

As such, this post will contain some spoilers for Strange New Worlds. 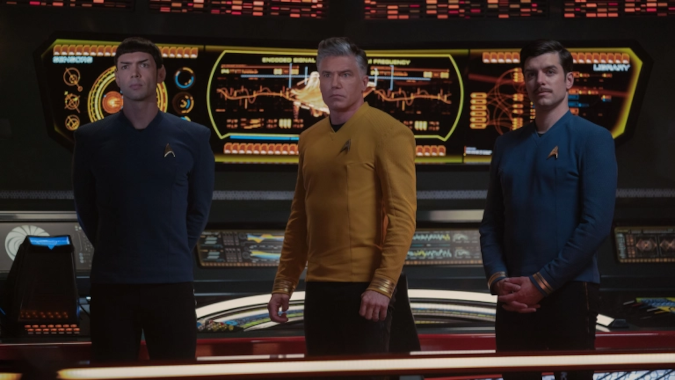 There are a lot of elements we could dissect in this show, but to me, the most fascinating is how the character of Captain Pike is shown grappling with a far more certain knowledge of his ultimate future than most people will ever have to live with. Due to events in season 2 of Discovery, Christopher Pike is in a unique situation. He is aware of his own fate. Specifically, he is aware that in about ten years or so he will be horribly injured in a training accident due to his own heroic acts to save a group of cadets, and although two of the cadets will die, the rest will survive thanks to Pike. But in this moment, radiation burns and physical injuries will leave him unable to speak or move, most of his face and body scarred beyond recognition.

Anyone who watched the original series already knew this — it’s the conceit in The Menagerie that allowed them to have a different actor named Sean Kenney in heavy makeup play Pike after Jeffrey Hunter declined to reprise the role. But by making Pike aware of it, the story changes from an unconscious tragedy to a conscious one, as Pike himself must grapple with the certain knowledge of his ultimate destiny. 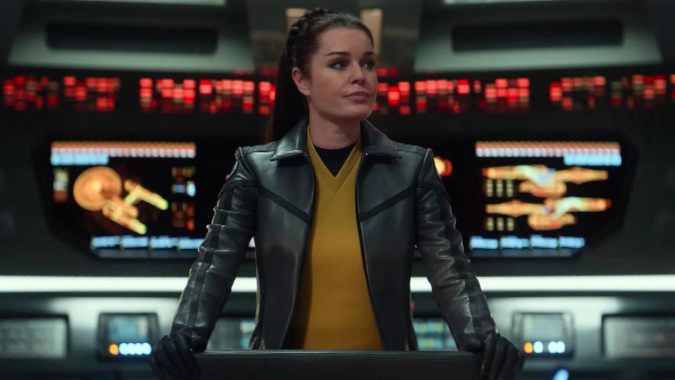 Now, all human beings know we’re going to eventually come to an end, even many ends — we’ll stop working at jobs, we’ll leave our friends behind, we’ll lose family. But we don’t know when or how these things will occur in most cases, especially not almost a decade in advance.  The decision to have Pike become aware and even choose this fate rather than allow others to suffer and die in his season on Discovery was inspired, but in Strange New Worlds it becomes beautifully paradoxical. There is in Pike’s awareness of his doom a kind of hope.

You see this in several episodes. In the first episode we see how Pike uses his knowledge of his future to argue that an alien world on the brink of war can step back, that up until the final moment our destinies are our own to set and ‘the future is what we make it‘ which beautifully sums up both the situation Pike finds himself in and the metafictional narrative of Pike — the Captain we never really got to see, from the first try Star Trek made that ended up unused. In the amazing Memento Mori we see Pike understanding La’an’s survivor’s guilt and PTSD through the lens of his own impending doom, and in the season finale Pike’s attempt to save the two cadets he knows will die ends up with him accepting that any attempt to circumvent his fate will end up pushing it onto someone else. Yet he doesn’t become resigned to it — he chooses it, because he knows that he can spare others by his actions. He can’t save everyone, but he can same some, and that’s worthwhile.

Pike as a character serves as a sort of father figure in this series. He and Spock clearly have a close rapport and by the end of the season you understand why Spock would risk his career to get Pike to Talos IV in The Menagerie. But he’s also gentle and supportive, funny in a dad joke telling way, brave and honorable and kind, but quite willing and able to step forward and leave everyone absolutely aware of who is the Captain of the ship. He welcomes discussion and discourse and seeks diplomacy over combat. He is, in short, someone who accepts things and seeks to turn them to their best possible outcome, even when he knows he’ll personally suffer for it. 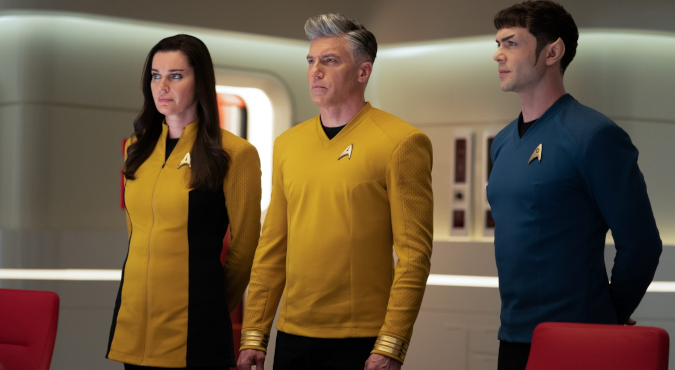 Now, I loved the original series and I’m a big fan of Captain Kirk. And in A Quality of Mercy, we even see that the two Captains, while very different men, both have a certain quality in common — they care for their ships, their crews, and their mission as Starfleet Captains. Kirk was sometimes brash, hated to lose so much that he’d look for any means to not lose, and could not accept a no win scenario. But Pike is older, calmer, more tempered and more willing to accept a no win scenario as long as he can make sure he can minimize or limit the damage to as few people as possible — and he’d prefer to make sure he took the hit first.

I talked before about how Pike is sort of a father figure in the show in different ways. His relationship with Spock is very much like a surrogate father, offering encouragement and even pride in Spock’s abilities and belief in his future that Spock can’t help but respond to considering how little his father bothered to show him. He serves as a sounding board for La’an, explaining how she has to serve as a means for the crew under her to believe they can succeed and learning from her at the same time. His relationship with Una Chin-Reilly, his Number One, is the best kind of supportive family dynamic. Where Kirk was a daredevil risk taker who inspired his crew with idealism and heroics, Pike is more of a firm, brave and steadfast enabler while also containing plenty of both heroism and idealism.

It’s a very different message from the original series but it serves as a lovely counterpoint to it. It says that yes, life isn’t fair. You might not get the life you want. You might end up suffering, and it won’t be right, and it won’t be just. You won’t deserve it. But even if it happens, and even if you can’t possibly stop it from happening, how you face it can itself be a victory. There is always the hope of possibly helping someone, somewhere see a better future, even if you won’t be here for it. In 2022, that’s an optimism I can actually believe in — that paradoxical hope born of certain loss that Captain Christopher Pike presents us with in Strange New Worlds.

This is how a prequel can work. It makes the fact that we all know what happens next part of the show itself — it makes us wish we didn’t, it makes us want things to be different even though we know they can’t be, but it also tells us that it’s okay that they will happen. There is still hope, even when it is darkest. Even when we know we can’t change it, we can still hope for a better day to come. It’s really an extraordinary show, potentially the best Star Trek in decades.