How to win The Power of Magic Hearthstone Tavern Brawl 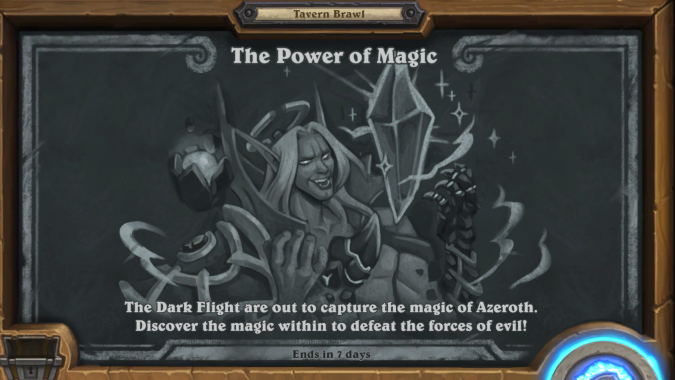 Let’s take a look at how you can win this week’s brand new Tavern Brawl. 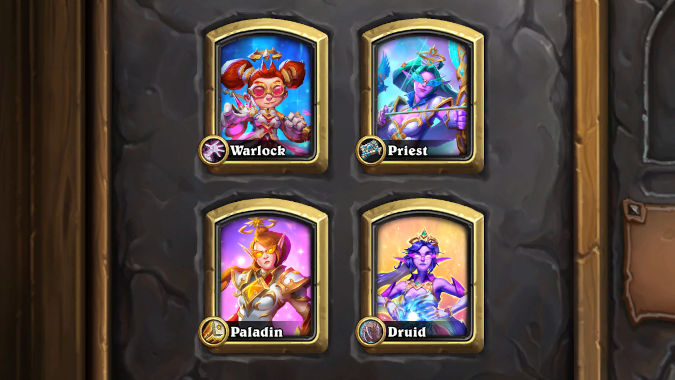 By the beard of Khaz’goroth! We got a new Brawl. To begin, you select one of the four Guardians and get their associated class: Sparkle Guardian Nemsy (Warlock), Love Guardian Tyrande (Priest), Bold Guardian Liadrin (Paladin), and Magical Guardian Elise (Druid). Once you select your Guardian, you launch into the game. Your deck is provided, so the size of your card collection won’t matter.

Malygos has chosen Wicked Prince Kael’thas to oppose you. When the game starts, there’s some fun dialog between the characters, but the most critical thing that is happening is ten Magic of Azeroth cards are flying into your deck, which read:

Discover a spell from your class. Set its Cost to 0.

The rest of your deck is made up of mostly class cards and a few Neutral cards. Both your deck and Kael’s are premades (as far as I can tell in my testing), which means you’ll see the same cards each time, and can start to anticipate some of Kael’s plays. 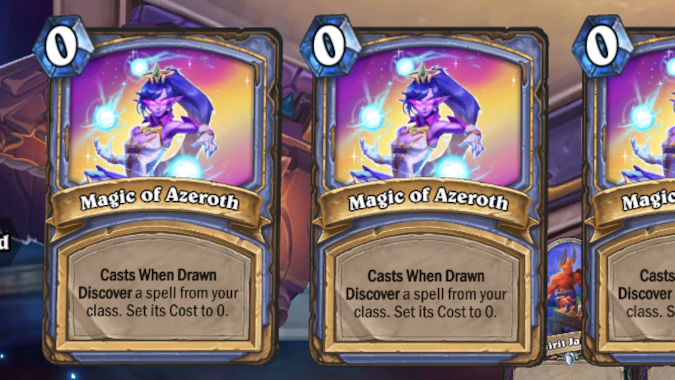 How to win the Power of Magic Tavern Brawl

Since the decks are premade, you’ll go in to the match with a basic strategy based on the hero you choose:

I had the easiest time winning with Tyrande, and the hardest time with Liandrin. While I am a Paladin main, ign all seriousness, don’t pick Liandrin. While Paladin has some removal, it’s often soft removal, like changing health or attack. Many Paladin spells are about summoning small minions and buffing them. That is difficult to pull off when you start with such a huge deficit, and Kael has plenty of AOE. You want a deck that can maintain board presence and keep Kael’thas from overwhelming you — Paladin has a tough time with that in this Brawl.

Once you’ve picked your hero, you’ll find that Kael’thas starts the match with a massive four mana advantage, which means he can overwhelm you quickly if you don’t make the right plays. He has a deck full of spells and dragons, and he’ll use them aggressively to overwhelm you in short order.

That’s a pretty big power imbalance, and the game really comes down to drawing your Magic of Azeroth cards. If you draw them — and draw them early — you can discover powerful spells that you can use immediately, because they cost no mana. Look for removal, taunts, AOE, and anything else that could slow Kael down. Making good use of your Magic of Azeroth cards is the only way to counter Kael’s early advantage, but you also don’t want to draw too many of them as you will fill your hand. Sphere of Sapience, which gives you a bit of extra control over the next card you draw, was clutch for getting the cards I wanted when I wanted them.

If you can survive the early onslaught, you’ve got a chance. The Hearthstone AI has advanced far over the year, and when it goes all-out aggro it can be difficult to beat — but it will still make a head scratching play every now and again, which can turn the match to your advantage. But if luck doesn’t shine on you and you don’t draw those Magic of Azeroth cards, Kael is going to run you over like a pack of Taurens heading to a Stonebull Crayfish buffet.

Like most Brawls, persistence pays off, and if you keep queuing, you’ll eventually have a match where you draw your Magic of Azeorth cards and can turn the tables on Kael. Good luck getting your pack.

Today’s post was brought to you by the letter “G” and word “Guardian.”