The best new mounts to collect in Dragonflight 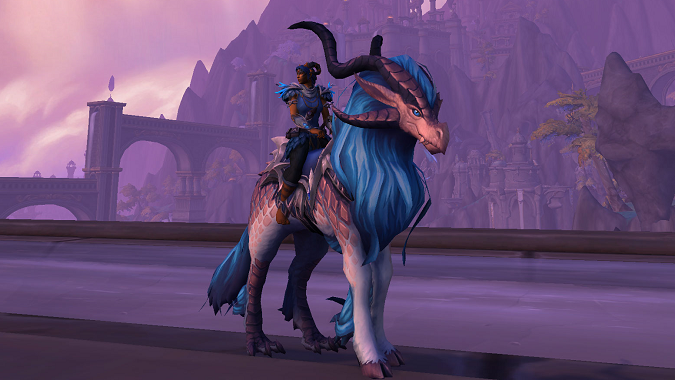 One of the big features of World of Warcraft‘s latest expansion Dragonflight is the new Dragonriding mechanic which provides an alternative to standard mount usage and gives players the ability to fly almost immediately on the Dragon Isles. While the system does take some getting used to it is definitely a positive experience considering the breadth of the zones — especially once you’ve unlocked all the glyph skills. Even with the addition of Dragonriding, the developers have still provided a host of new mounts that can be collected to use in other zones or when flying becomes available in the Dragon Isles.

The easiest mounts to collect (provided you level a Dracthyr Evoker) are the eight Vorquin mounts — which can be particularly helpful if you’re trying to earn some mount achievements. The first Vorquin you receive is a reward from the quest Cavalry Has Its Place in the Forbidden Reach starting zone, however, you can immediately purchase the other seven from the questgiver Treysh. If you forget to pick them all up while leveling a new toon, you can find Treysh in northwest Valdrakken at the Weyrnrest Inn to fill out your roster of dragonkin stag mounts.

But there are plenty of new mounts to be found in the Dragon Isles. Here are some of our must-have mounts in Dragonflight. 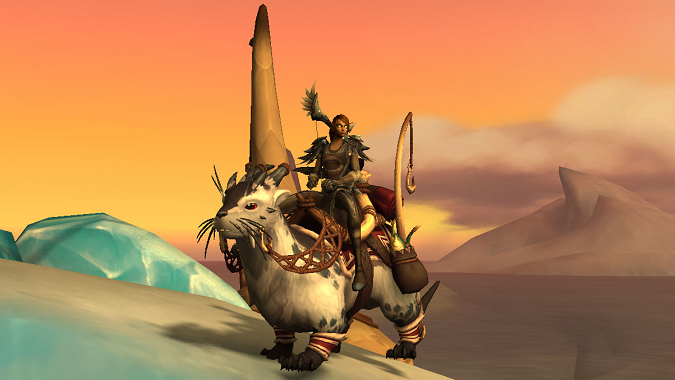 Ottuk mounts for any playstyle

Ottuks are the Azeroth equivalent to otters and like those found on earth they are super cute. While the Ottuk mounts are grounded — with the exception of the Otterworld Ottuk Carrier rewarded for collecting 500 mounts — they have an advantage over most other ground mounts in that they are flagged as “aquatic” mounts as well, meaning you can use them underwater without the standard movement penalty. In addition they can take advantage of mount equipment such as Inflatable Mount Shoes or the Comfortable Rider’s Barding, making them a versatile mount when eschewing Dragonriding on the Dragon Isles.

There are several methods for acquiring your own Ottuk mount, but the easiest to get are those rewarded when reaching Renown 25 and 30 with the Iskaara Tuskarr. At each of those Renown levels two become available via quest, and the one you don’t choose can be purchased with materials and resources. While certainly easy to obtain, it may take players some time to reach those Renown levels so there are other options for those who can’t wait.

One method is via instance drops; in a new twist on mount acquisition you can purchase Ottuk mounts with dungeon and raid drops. The Ivory Trader’s Ottuk requires three rings that drop from bosses in Al’gethar Academy, Azure Vault, and the Nokhud Offensive, and these rings can be farmed on any difficulty. The ring from Al’gethar Academy is also available via quest so if you select it as your reward you won’t need to farm the instance. Similarly the Iskaara Trader’s Ottuk requires two neck drops from the Vault of the Incarnates raid — Terros’s Captive Core from the boss of the same name, and Eye of the Vengeful Hurricane from the Dalthea, Ascended encounter. These can be gained from any difficulty including LFR and should be selectable from the Great Vault as well. It’s important to note that these items are traded in for the mount, so don’t accidentally give away an item you have equipped!

The final way of acquiring an Ottuk mount is via fishing, which gives you a chance to earn Otto, the sunglasses-wearing Ottuk. This is a pretty intensive acquisition with a lot of steps involved, so be sure to follow our guide because you’re not going to be able to find Otto accidentally. 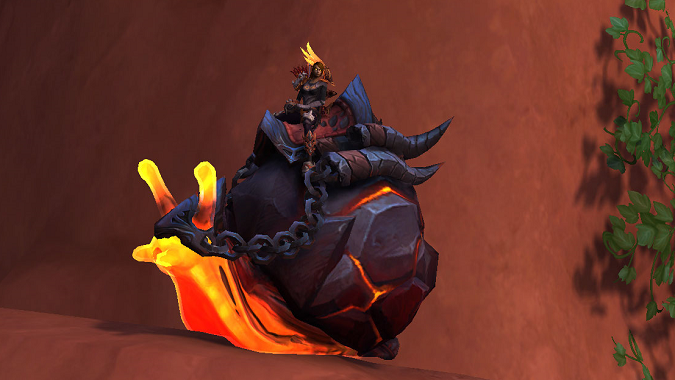 In an expansion with a heavy elemental theme it’s not surprising that some of the available mounts will reflect their environment. While we’re not sure if future patches will embrace a specific elemental theme, the mounts in the first tier are (literally) on fire. The two types of flammable mounts are snails and mammoths — three of former and two of the latter — with multiple methods of acquiring each type.

The snails are fairly easy to acquire although not very straightforward. Magmashell is obtained with an Empty Magma Shell — which you can farm for or acquire from the Auction House — that you take to a pool of lava in northeast Waking Shores. There’s an Empowered Snail waiting there and you need to survive the lava for 20 seconds in order to get the mount (the comments on Wowhead have useful tips if you don’t have a healer you can bring with you).

The Slumbering Worldsnail Shell is acquired by collecting 1000 Magmotes from mobs in the Obsidian Citadel zone. However, Magmotes won’t drop until you’ve completed the Shadow of His Wings quest chain and acquired a time-limited Worldbreaker Membership from either a Twilight Strongbox or Cache or purchased from Dealer Vexil (who also sells the mount). Farming the Magmotes will take a few hours — look in the groupfinder for a raid farming Magmotes or Keys in the Obsidian Citadel — and be careful because dying removes the Worldbreaker Membership buff so you’ll need to get it back before the Magmotes drop again.

Shellack is the final fiery snail you can acquire, and it is a reward for completing the Glory of the Dragonflight Hero meta-achievement. As in previous expansions these achievements can only be done in Mythic difficulty, so your best bet is to find a group of likeminded players to work on the achievements with.

The first of the two fiery mammoths is also acquired via meta-achievement, the Raging Magmammoth you get for completing Glory of the Vault Raider. While the raid only has eight bosses and thus fewer meta requirements, it’ll still take a coordinated raid team to get it any time soon. Fortunately, the other mammoth isn’t complicated — become True Friends with both Wrathion and Sabellian, pick up a couple items from the quartermasters to trade for a harness, and then find a Tame Magmammoth to ride and acquire as a Loyal Magmammoth. While maximizing friendship with Sabellian and Wrathion will take some time and effort, riding a giant lava mammoth around afterward will make it all worthwhile. 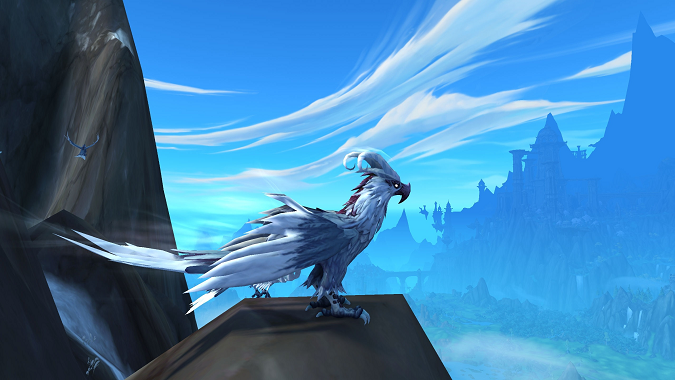 Take wing and transform into an Ohuna mount

The Divine Kiss of Ohn’ahra is the mount I’m most excited about in Dragonflight. Unlike most other mounts you transform into this one, just like a Druid flight form — hopefully Druids will get the option to select this model as a flight form once acquired. Its acquisition is a little complicated but very doable:

There are plenty of other mounts available in Dragonflight including skitterfly and salamanther mounts, but these are the ones I’ll be aiming to acquire as soon as possible. While Dragonriding still occupies most of my travel in the Dragon Isles, I can’t wait to navigate the world on these mounts too.

Blizzard Watch is made possible by people like you.
Please consider supporting our Patreon!
Filed Under: Dragonflight, Mounts
Advertisement