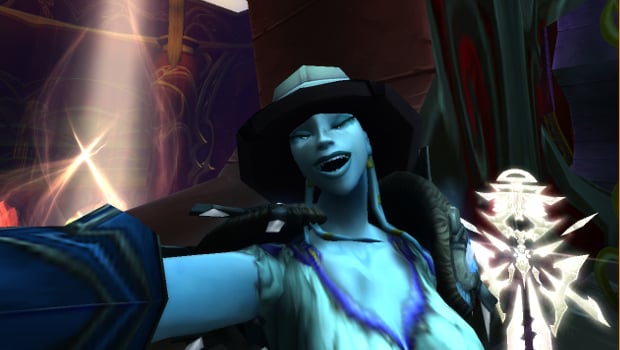 The latest installment of the popular collecting series features pets from 3 Burning Crusade-era raids. Some are modeled after trash, and some look like those bygone boss encounters we all love to hate.

Here are a few screenshots of these new beauties so you know what you’re looking for, where to find them, and a bite-sized assessment of their abilities. This is a quick & dirty guide for all you pet battlers out there trying to decide whether to conquer The Black Temple, The Sunwell or Mount Hyjal first while you’re “Drinkin’ From The Sunwell.” 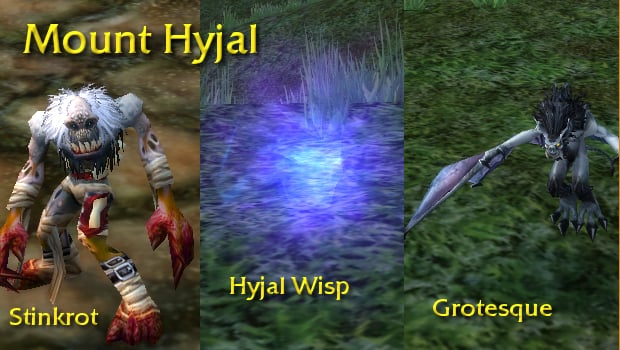 Evanescence and Wish are in different slots, so I’m predicting that this Wisp may be a real powerhouse, especially in the notoriously flimsy Magic family. The rest of its moves are fairly ho-hum, however.

Has a lot of healing capability, but Stone Form is highly situational and will be tough to use properly. Lots of Undead damage.

General Tips: Mount Hyjal is still a pain to get through, even at level 100. The Alliance camp is fairly easy to do quickly if you have an AOE, because you can run down to the spawn point & go nuts to expedite the waves (though you do have to run back to Jaina to get them to begin). The Horde camp is a nightmare, with gargoyles that spawn at the back and infernals that spawn all over the map. I definitely recommend you use a ranged DPS to do your grind here if possible. Make sure to grab those Tears of the Goddess from Tyrande before Archimonde if your DPS is a bit low. 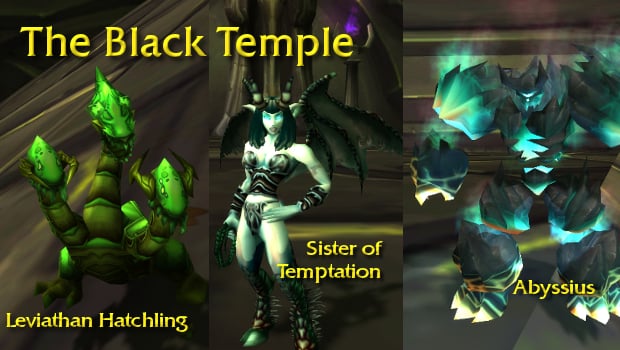 Has very strong choices for aquatic offense. Toxic Skin is going to be  an excellent counter against battle pets like rabbits or birds with multiple hit attacks.

With the exception of the Lovestruck stun all her moves are Undead, making for a unique off-family combo. Very DoT heavy, including Curse of Doom, which is always a powerhouse.

Abilities are somewhat similar to Minfernal‘s, but in a less frustratingly rare package. Scorched Earth provides a weather effect, but a rather situational one.

General Tips: I was able to obtain these without much fuss at level 100. To unlock the door to Mother Shahraz for the Sister of Temptation, you have to complete all the other bosses accessible before her, including the 2 for Abyssius & the Leviathan Hatchling, so after week one we’re probably going to see lots of duplicates of the latter 2. 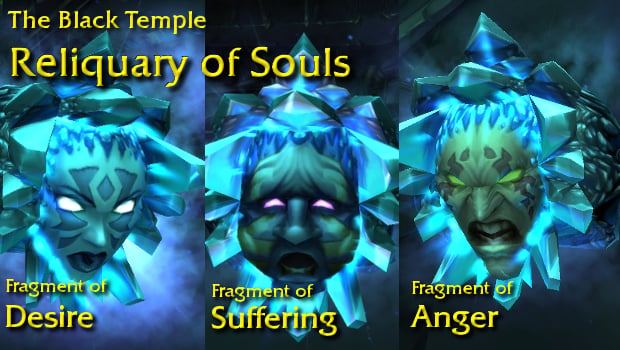 Mostly Magic moves. Desire has a bit more defense than Suffering or Anger. Both moves in the 3rd slot feature a stun effect.

A slightly odd off-family ability set here. Darkflame and Breath of Sorrow are both Elemental and cut opponent’s healing in half. Everything else is Magic.

Like its namesake, this pet is built for burst damage. It’s a mix of Magic and Elemental damage, plus that big DPS boost with Enrage.

General Tips: All 3 of these pets are from a single boss so these were the ones I had to kill the most bosses to get even though Mother Shahraz is far further in the instance. I had the other 3 Black Temple pets within 2 weeks, but despite farming the instance every week with at least 5 toons since PTR went live I ended up having to borrow a Fragment Of Suffering from another pet battling enthusiast (many thanks to Quintessence, an admin over at Warcraft Pets) in order to complete this guide. Start on this group now. Yes, even if you’re reading this before patch 6.1 goes live. 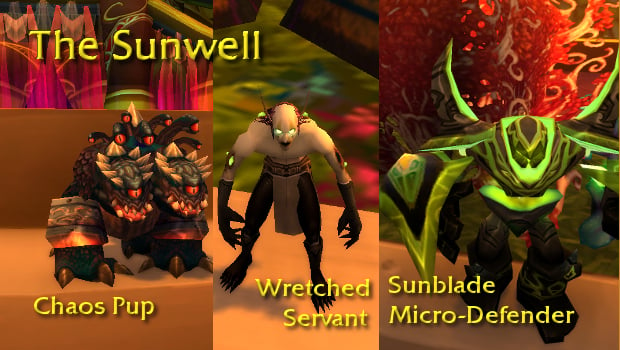 A new Force Swap pet, though that combo is out of style. I’m thinking that pairing this pup with a Cleansing Rain buddy, then using Enrage and Dreadful Breath may be a fun trick.

This pet has a decent amount of healing up its sleeve, as well as some decent off-family damage.

Healing with Repair is always a good thing in PVE, less so in PVP. Armageddon on the other hand is a fairly decent hail mary if a pet is the first down, and this pet has a lot of Mechanical blitz offense, making it a good first slot pick overall.

General Notes: I occasionally had trouble spawning the Eredar Twins for the Wretched Servant. If you kill everything on the ramp as you encounter it after you kill Felmyst, you’ll be alright. I usually just run straight from boss to boss & kill the stuff I aggro after I get there but these leash, so you have to kill them as though you were running at level 70. 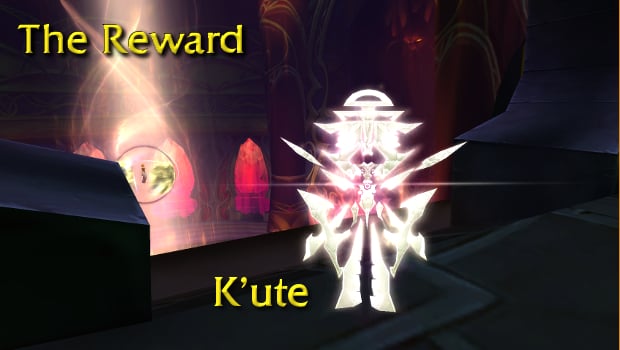 K’ute transcends silly things like family classifications and pet battles. K’ute is unending. K’ute is one with the universe. K’ute is just the cutest widdle naaru in the whole world, yes you are.

Blizzard Watch is made possible by people like you.
Please consider supporting our Patreon!
Filed Under: Battle-pets, Mount Hyjal, Old Content, Pet-battles, Raiding With Leashes, The Black Temple, The Sunwell
Advertisement