Welcome to Shifting Perspectives, Blizzard Watch’s regular column for druids of all vocations. This week, Chase Hasbrouck (@alarondruid) is wondering if Schrödinger’s cat wore a dress.

Welcome back, druid friends! With 6.1 releasing this week, it’s time to take a look at the changes and see what you need to focus on. There were no groundbreaking changes, so the theme for druids this patch has been one of versatility. Several of the tweaks made previously poor talents viable choices, enabling more diversity in talent selection. First, I’ll look at the two global talent changes, then look at each spec in turn.

The forest has returned! Force of Nature was pretty undertuned in 6.0, and this buff returns it to parity with the rest of the level 60 talents. Now, the trees still aren’t going to be that great in a raid setting, compared to the other talents in the tier. In small group content such as Challenge Modes or Proving Grounds, though, the treants will greatly increase your flexibility.

The Renewal buff, unfortunately, isn’t anything to write home about. If it was usable on others, it’d be interesting as a mini-Lay on Hands. As a self-heal, though, it’s still awkward; too small to make a big difference, too large a CD to just use rotationally.

Bears have a few more talent choices to work with for 6.1, though there are no actual groundbreaking changes. The Bristling Fur buff is nice, but doesn’t really help. By design, the talent is inferior to the other level 100 talents for mitigating steady damage, so its niche is really at stopping infrequent big hits…and we already have Survival Instincts for fights like that. I’d much rather the cooldown have stayed at 1 minute  and the mitigation doubled.

The Guardian of Elune buff, however, is much more useful. Mathematically, both Guardian of Elune and Pulverize are now close enough in effectiveness that I’m pretty comfortable recommending you choose based on personal preference. When tanking multiple targets, though, Guardian of Elune is significantly superior since you won’t have to swap Thrash GCD’s for Lacerate x3 / Pulverize.

Restoration has always had the most diverse options of the four druid specs (though one could freely argue that’s because analyzing what is effective healing is difficult), and the 6.1 patch has only added to that.

First, Dream of Cenarius received a small buff not documented in the patch notes, now taking multistrike into account. While taking this talent may seem counterintuitive for raiders, it’s not bad for certain healing compositions where your Rejuvenations mostly overheal. If you find yourself topping 50% overheal on Rejuv, it might be time to consider running Dream of Cenarius and replacing some Rejuvs with Wraths.

As for the level 100 tier, Moment of Clarity saw a significant buff. Again, the value of this talent depends heavily on your use of Rejuvenation. Heavy Rejuv users will want to stick with Germination (mostly for the extra duration; the double HoT is mostly overheal). If not, though, Moment of Clarity may be more useful; the increased duration makes it more likely you’ll get a Wild Growth out of it. I can’t recommend Rampant Growth at all as currently designed; while there’s a potential niche for Soul of the Forest/Rampant Growth builds for fights like Butcher, I generally find that the mana cost is too prohibitive and the playstyle too awkward for the vast majority of situations. 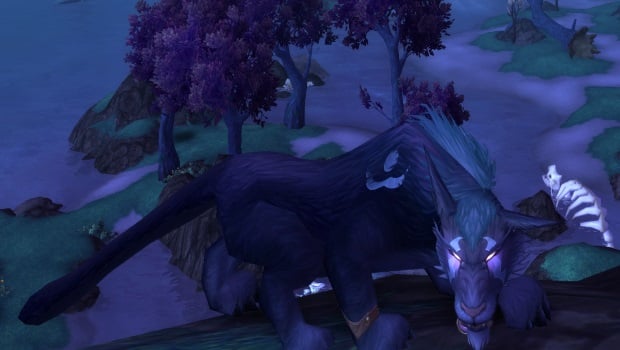 Feral primarily had their numbers tweaked, albeit in a positive direction. The damage buffs make feral the #1 spec in the game at single-target damage, bar none. Unfortunately, for those interested in rankings, this likely won’t be reflected since beast mastery hunters and arcane mages are close, and have a much higher standard deviation. (There was also a bug with Ferocious Bite that was quietly hotfixed a couple days after the patch, so if you raided on Tuesday or Wednesday this week, expect your numbers to come up slightly.)

Feral’s performance in AoE fights has also improved significantly, though when you’re so far down the barrel you’ve burst out the bottom and dug a hole, just reaching the barrel is an improvement. Feral can expect to still be below-average here, though not to the extent it was pre-6.1 where feral was a liability in fights such as Blast Furnace.

The most interesting mechanics change is the buff to Moonfire, and thus Lunar Inspiration. LI was bad enough that I couldn’t recommend it at all in 6.0 (save Twin Ogron), but the buffs mean that it’s a very competitive choice for any fight that has multiple long-lived targets, such as Hans and Franz and Iron Maidens. Claws of Shirvallah is still lower DPS and not recommended for raiders. As for the level 60 talents, Force of Nature is now roughly equal with Soul of the Forest, but neither is worth taking over Incarnation.

Unfortunately, the pendulum swung the other way for balance. (Ha.) The nerf to Starfall brought balance back in line with the pack. Make no mistake, AoE fights are still a moonkin specialty and balance will still likely be #1 or close to it on Blast Furnace and Beastlord Darmac; they just won’t be miles ahead of everyone anymore.

More importantly, though, 6.1 has reversed the default behavior of Starfall. Prior to 6.1, Starfall hit everything unless it was glyphed to limit it; now, it only hits targets you have DoTted unless you add the Untamed Stars glyph to get it to hit everything in range. This change is of great benefit to new players (who frequently killed themselves + their groups by overpulling with Starfall), but it’s a DPS loss for raiders. It’s now a minor glyph, though, so the only loss is cosmetic; my condolences to those of you who have to drop Glyph of Stars. One of these days, we’ll see an updated moonkin form.

Finally, the buff to Stellar Flare is likely intended to position it in the same place as Lunar Inspiration is for feral, as a 2-3 target talent; unfortunately, it’s much harder to use. In theory, Stellar Flare is a small DPS gain for 2-3 targets; in practice, however, it’s very difficult to use optimally because it has a cast time, and it’s best used/refreshed near 0 on the balance energy bar. I’d still recommend Euphoria for most fights. Balance of Power is an overall DPS increase for multitarget fights, but decreases DPS on priority targets, which is suboptimal. Really, the only Foundry fights I wouldn’t recommend Euphoria for is Iron Maidens and maybe Blast Furnace, depending on your raid composition.

Lenaiya
I’d love to see some discussion on addons. What druid specific addons do you use, if any? Are there any addons you would recommend for any of the specs?

I could probably write a whole column on addons, especially raidframes. (I firmly believe that all raiders should have a raidframe addon set up, for situational awareness if nothing else.) I use Vuhdo for that personally. As for druid-specific stuff, not much; most of what I used to have, I now use WeakAuras for. I do use Ovale for rotation assistance with off-specs.

Unfortunately, not much time for questions this week! Feel free to ask, and I’ll try to answer more for next time!