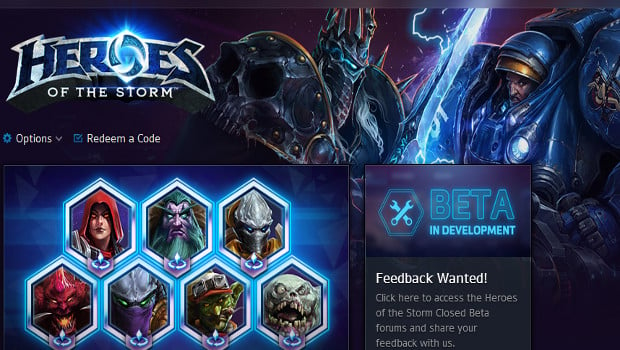 Heroes of the Storm isn’t even out of beta yet and I can’t go a night without someone talking to me about playing it, so it’s no surprise that the hype machine for the game is rolling on strong. Redbull.com has an interview with Kaéo Milker, the game’s lead producer, talking about where Heroes came from (Starcraft II, since it was originally designed to be a mod for that game) and where it is currently headed. Some interesting tidbits from the interview include:

Head over to Redbull for the complete interview.

Blizzard Watch is made possible by people like you.
Please consider supporting our Patreon!
Filed Under: Battlegrounds, Heroes-of-the-storm, Maps, Toxic Players
Advertisement