The Queue: Getting along 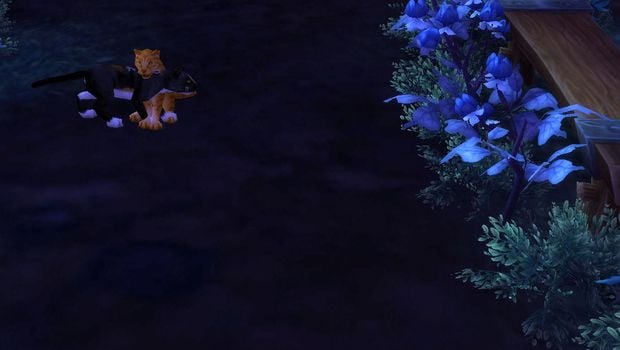 Not that I mind that either. It’s hella cute. Usually these fights can be instigated by putting a small amount of catnip out for them to haggle over.

I’ve been wanting to learn to tank again. I’ve done it some in the past but that was years ago in Cata. I quit doing dungeons completely before MoP since most of the people I knew left the game and random groups were too toxic. Since I don’t know or at least remember most dungeons anymore, is it a waste of time to try learning to tank again in a random group or should I just go back to PvP which I like?

Don’t worry about what the people in the groups will say, just ignore all the unhelpful advice. Yes, you’re going to wipe, and yes, you’re probably going to get kicked and told to quit the game. Such is the nature of the little %[email protected]#s that poison the PUG well. When they appear, just ignore them. Since you’re already asking about learning, it’s safe to assume you’ll actually be focused on learning things, which means you’ll pick it up faster than if you were just bumming around as a tank.

Soon enough you’ll get less and less QQ from the kiddies, and you’ll be fine. I’m going to be doing this on my warrior soon, and in a sadistic way I’m looking forward to hearing the kids scream as I wipe their precious LFR group.

You haven’t done this a hundred times already? THE NERVE!

qftq I’m onto my 3rd 100 now and is it me or are faction rep grinds this this expansion stupidly boring and long. 3rd ones a pally and all I want is the shatari plate but grinding that out on a alt makes my eyes bleed

I’m actually not very sure why Blizzard didn’t put in some sort of rep boost like they did with Mists. That makes a crazy ton of sense, and it seems like it’s a missing feature at this point.

One of the big problems with reputations in general, at least that I’ve always had, is that they’re not bound to the whole account. It makes for a good game if they’re something that can be worked on across multiple characters and earned over time, rather than trying to grind out mostly pointless numbers on each alt that’s needed. Is that really something that’s necessary, or could it be reformed into something more meaningful that’s spread over the entire account?

Perhaps this is a discussion for another post, but I feel the next great step in WoW‘s evolution will be to make reps account wide, and eliminate most “power up” rewards; ie: make the rewards from reputations be entirely cosmetic or supplementary.

So where are you third shifters, Early morning queuers, and general ner’do’wells? Where?!?  Did anyone watch “Gravity Falls” for it’s second series revelation?  Did any of you guess it?  I was pleasantly surprised.  So if you are not or haven’t ever watched “Gravity Falls” do so it’s not as cute or dump as it seems and is surprisingly a really good show. ;) *all in a Stan Pines voice … of course… *

I have no idea about that show. Is that a show I should watch? Convince me, dear Queue.

As far as to why I’m up so damn early, it’s because after my job reshuffling and everything, I’ve found that 5am is a very good time to get work done. 5am to about 10am is my most productive hours of the day, when it’s just me, coffee, and my cats.

Are we likely to get a UI/Addon column? How many people would be keen to share their UI’s and ask/answer questions about addons?

Maybe. Is this something a lot of people want? Obviously I can’t promise anything, and I have some feelings against it, but I’m not strongly decided either way.

Note: I haven’t talked to Alex about this. So consider this question just research.

Fran Drescher for the new voice of Gul’dan.


Blizzard Watch is made possible by people like you.
Please consider supporting our Patreon!
Filed Under: Cats
Advertisement