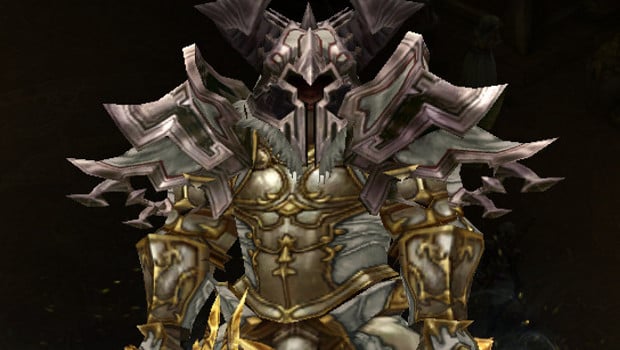 I make no claims to be an awesome Diablo III player – I’m barely into Torment II difficulty, I don’t even have a season character, I mostly just play with my wife (or to spite her, in rare circumstances) but I really love the Barbarian class. Of course I would. And one of the things I’ve learned in playing D3 with my wife is, ranged players will get you killed.

No, really. They don’t pay attention to the battlefield, they gleefully drag you face first through every pack in existence, it is a constant series of terrifying moments playing with one of them. There’s always at least three things on the ground that will kill you, things explode as soon as they die, there’s almost always six or seven Arcane Enchanter Molten Wallers everywhere you go. So what I did was concoct a build (and I’m sure others thought of it first) that contributed to my ability to not die. 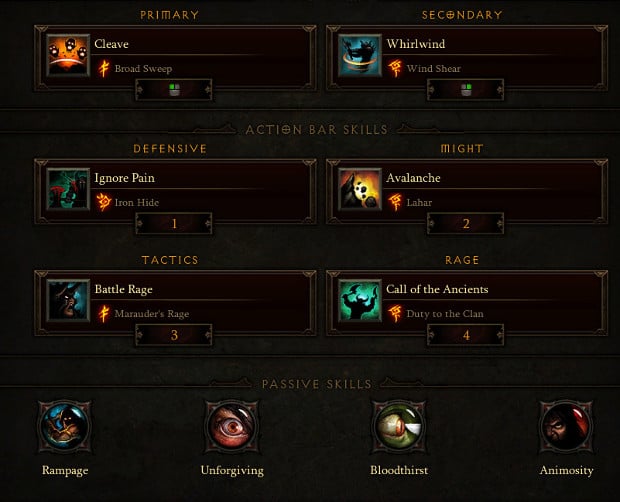 This is a level 70 build, but it’s possible to get some of the way without being at level 70 yet. What you really need are Whirlwind with Wind Shear (available at level 44), Ignore Pain with Iron Hide, extending its duration (available at level 31) and the passives Unforgiving (level 55) and Bloodthirst (Level 24). Rampage and Animosity are nice, but they’re not necessary for this build. The entire purpose of this build is simple. Always Be Whirlwinding. Unforgiving means that you start at full fury and generate rage constantly, meaning you no longer have to depend on your main attack to generate fury for you. Wind Shear means that every time you hit someone with Whirlwind, you generate more rage, which means the more you hit with it the more rage you generate – big packs are now just a source of resources for you, and a source of healing, because Bloodthirst means you heal for every point of fury you spend, and you’re going to be spending fury constantly. In other words, you now simply fling yourself spinning into every pack no matter how ridiculous that is. Fire chains? Stuff on the ground? Death everywhere?

Bring it. Bring all of it. I’m just going to twirl and twirl and twirl towards greatness and after I’m done spinning (which, let us be honest, will be never, I will never be done spinning) everyone else is going to be dead. Ignore Pain serves as your big whoops button, as does Call of the Ancients (I like Duty to the Clan, but if you want even more fury, Ancient’s Fury is a nice glyph) and I use Avalanche glyphed with Lahar since I’m using a profligate fury spending build anyway. For Ignore Pain, I glyph Iron Hide to extend its duration, but you can also go with Ignorance is Bliss if you want even more healing when you spend fury, or Mob Rule if you want a button to hit to try and save that demon hunter you run with who is constantly running ahead, pulling everything, and dying like a chicken.

So there you go, my Barbarian build for Diablo III. It’s not built around any specific legendary or set bonus, which means it’s not really viable for Torment above II, but it’s still a lot of fun. Spin your way to everything being dead.