The Queue: On time travel and alternate universes 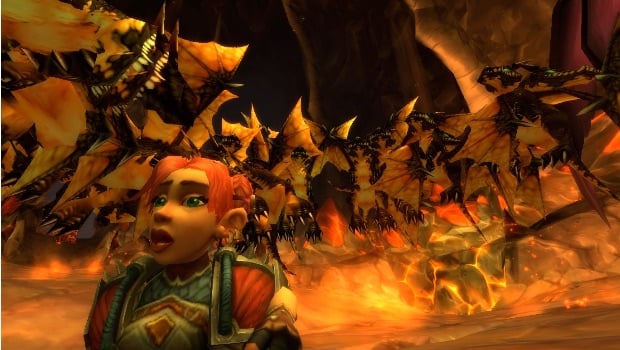 Yes, today’s Queue is late. We’re going to blame Comcast. I will be your host today, even though I don’t think I’ve written a Queue since 2008, when it was called Ask a Beta Tester and we were trying to answer everyone’s Wrath of the Lich King questions.

Today, we don’t have any Wrath questions, but we will be talking about time travel and alternate universe Azeroth. So let’s get right to it, shall we?

This may have been mentioned before, but do you think that we will ever get to “Travel back in time” to the vanilla version of the world? like a Reverse Cataclysm that focuses on the Infinite changing the past and us trying to prevent them from doing this?

Blizzard does seem to enjoy doing time-travel plots — we’ve already got the Caverns of Time and Warlords of Draenor. However, it doesn’t seem likely that they’d ever choose to send us back to a straight-up vanilla version of WoW, simply because we’ve already been there and done that — and even if players haven’t, Blizzard has. Commenter rjjagoda also dug up this comment from Brian Holinka, which suggests that Blizzard may not have the data to bring back the old world even if they wanted to:

I can definitely see them taking us on more adventures to specific lore points through the Caverns of Time, but going back to the beginning of the game seems unlikely… no matter how much our nostalgia wishes we could.

Do you think Blizz would ever do a Caverns of AUs?  A group of dungeons and/or raids where important lore moments went in a different direction could be fun to explore.

Warlords of Draenor definitely shows Blizzard trying out alternate universes — and in a big way. The entire expansion hinges on the idea of Grom not drinking the blood of Mannoroth. If that didn’t happen, what would become of the orcs? So far, we’ve seen the story play out in surprisingly similar ways to our original Azeroth.

If we reach the end of this story with the message that you can’t really change history, a “Cavern of AUs” becomes less interesting. So whether Blizzard will do more of these AU stories in the future, I think, depends greatly on how this story resolves.

Why is the content of The Queue missing for dates Feb 18 and older, and again on the 24th and 25th?

I’m greedy with garrison buildings.  I want ALL of them.  On all my toons.  OK, other than the engineering building.  That seems like a safety.  I’m curious how the accumulated rewards work with bldg switching.

So – my main use for the Inn is the free follower.  I only need that once a week.  So if I dropped the inn Wednesday and got a Trading Post life would be cool.  Next Tuesday comes around – I drop trading post and get my Inn back.  Do I lose my Laughing Skull rep?  Or will it just freeze?

What about the Spirit Lodge?  If I decide to dump the lodge to train up some new mounts at the Stables, will I have portals if I move back?  Or do I start from scratch with waystones?

I’m a building-swapper too, though in my case it’s mostly because I’m indecisive about what I really want in my garrison. In my experience — and I haven’t tried swapping every possible building in and out — when you remove a building its status is frozen. While you don’t have the building, its perks are no longer available to you, but if you rebuild it (and rebuild it to the appropriate level, because you’ll build it at level 1 again) everything will be as you left it. If you had work orders you hadn’t picked up, they’ll still be sitting there waiting for you.

What is going on with the Blizzard Watch Newsletter?

Like today’s Queue, it has been delayed, but we do still want to do one. Though a newsletter won’t appeal to everyone, it can be a nice way to keep up with the news, especially for readers who don’t check in on the site every day.

As always, leave your questions for tomorrow in the comments!