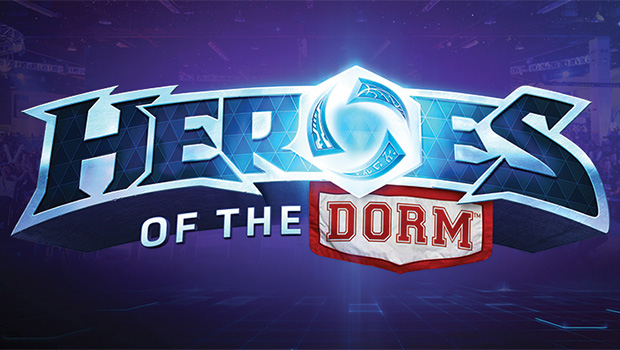 The opening rounds of Blizzard’s Heroes of the Dorm Heroes tournament took place last weekend and the reaction so far is that the tournament has been fraught with problems. A little under 900 teams signed up for the event. All were seeded into a Swiss-style tournament split into 16 groups consisting of 55 teams per group. After the group stage is complete, the tournament advances to the second phase which is the round of 64.

Players reported difficulty in connecting to the TeSPA page over the weekend attempting to report their results or looking up their scheduled match information. There was speculation that the TeSPA servers were being hit hard with denial of service attacks preventing players from logging in. Emails were sent out notifying teams that, due to delays, rounds 6 and 7 would have to be played over Easter weekend —infuriating many players who already had plans. Thankfully, it seems TeSPA is allowing teams the opportunity to play their round 6 match earlier if both teams agree.

No shows from teams were also apparently a huge problem. It seems like players were signing up just so they could grab keys with zero intent of participating in the event, which makes me wonder if a check in system was used. Teams ready to go should have checked in a few hours before the actual matches begin — from there, matches could be re-seeded and shuffled with the teams that did appear.

Props to the tournament organizers who did do their best trying to remain communicative with teams. Having almost 900 teams sign up for the tournament seems to be have been both unexpected and overwhelming.

Did you participate in Heroes of the Dorm? How was your experience?

Blizzard Watch is made possible by people like you.
Please consider supporting our Patreon!
Filed Under: Heroes, Heroes Of The Dorm, Heroes Of The Storm Tournament, Heroes-of-the-storm, TeSPA
Advertisement