The Queue: We need more Rexxar 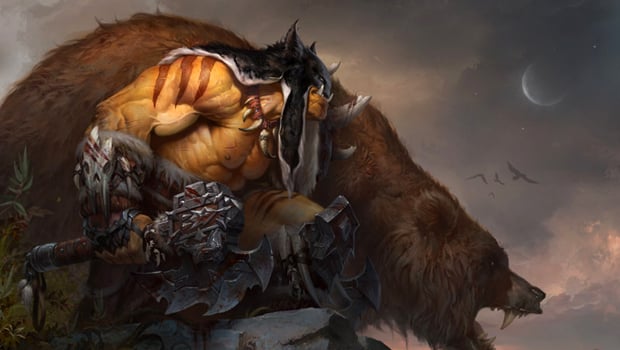 Welcome to the Queue, the daily Q&A column for all things Blizzard.

One of today’s questions reminded me that we really don’t have enough Rexxar right now. That’s a situation that should be fixed, because Rexxar is basically the best, even if he doesn’t have Misha on this version of Draenor. I’ll forgive that. But I still think we could use more of everyone’s favorite Mok’Nathal.

Q4tQ: Do you think we’ll ever see a new hero class?  I like the idea of hero classes, but I’m not sure it fits in with Blizzards scheme anymore.

I don’t think we’ll see any new classes introduced where you play though a zone and start out automatically at say, level 70 or 80. That doesn’t seem to be a direction they’re likely to go again. At this point, you kind of wonder about the potential of new classes, much less hero classes — they do seem to have all their bases covered on the class front, and I’m not sure where a new class could really fit in.

Are there any NPCs from Outland that you’re still hoping to meet on Draenor? Personally, I’d love to see Oronok Torn-heart and his sons, and the Ogri’la ogres.

I would very much like to find the rest of the Mok’Nathal, honestly. We found Rexxar, and he’s not quite the same as the Rexxar on our world — so what about the rest of his clan? What are they up to? Since they’re orc/ogre half-breeds, where does that put them as far as the Iron Horde is concerned? I really want to see Leoroxx and the rest of them.

Q4tQ: will Orcs ever get their posture straightened?? Watching the in game cinematics, REALLY makes me want them standing tall and proud!

I’m pretty sure they all know exactly how to stand up straight, they just don’t do it. In my head, I like to think they hunch over a bit just to appear as though they are bulkier, ready to attack at any moment. It’s an aggressive stance, specifically because orc society is kind of built on that whole “the strongest lead” kind of dynamic. From a game standpoint though, the silhouette of the orcs has always been unique because of the hunch. You can easily identify an orc character that way.

Will Blizzard ever allow us to purchase gear from old quests we have already completed? What about adding them to boss loot tables. Not being able to complete a transmog is killing me!

I really wish we could do that. I’m sort of hoping that maybe one day we’ll have that option. What I’d like to see, ideally, is an NPC that unlocks and appears once you finish a zone. This NPC would only sell cosmetic versions of all quest rewards offered in that zone. No stats on the items, just pure cosmetic rewards. There’s already loremaster achievements for each zone, so it would be easy enough to check and see if players are eligible for the NPC just by looking for the appropriate achievement.

If we could get on a spaceship and travel from (Warlords of) Draenor to Azeroth, thus remaining in the WoD timeline, what would we find?  Would there be a Lich King?  Would there even be Orcs?  Is this mentioned anywhere or would it be pure Tin Foil Hat speculation?

No Lich King, because Kil’jaeden created the Lich King from Ner’zhul after he pretty much wrecked Draenor. So there might be that strange entity that became the Lich King out there somewhere, but it hasn’t been formed into what we know as the Lich King on our world. Honestly, we’ve got no clue what that version of Azeroth looked like. Presumably it looks a lot like what our version of Azeroth looked like, just before the orcs tore through the Dark Portal. So Medivh is theoretically around there, Khadgar is his apprentice, King Llane rules over Stormwind, the other six kingdoms are all still around, there are no Forsaken, the Darkspear are all on an island somewhere, nobody is really on Kalimdor save the night elves and tauren.

But that’s presuming that Azeroth’s history is virtually unchanged from our own. For all we know, on this version of Azeroth Queen Azshara and Sargeras won the War of the Ancients, the continent is still one giant mass, there was no Sundering and humanity as we know it isn’t really a thing at all. There’s no real way to know without going there and taking a good long look at it, and Blizzard has stated that’s not in the cards for this expansion at all.

That’s it for today’s Queue — be sure to leave plenty of questions for tomorrow’s edition!