Draenor battle pets you may have missed 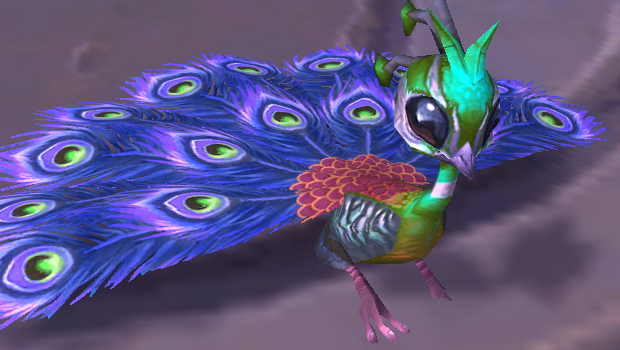 We’re getting deeper in this expansion, with a good space to breathe while we wait on 6.2 to show its head. This point is usually the time when I take a minute to sit back and fill all the gaps in my battle pet collection. While there are many Draenor battle pets that are rather obvious grabs while you’re out exploring, there are some that aren’t quite as easy to stumble across. Here are a few pets you may have missed.

We’ll start at the garrison, where you’re probably hanging out while you read Blizzard Watch anyway. There are a couple of buildings which reward pets, but there’s really no indication beforehand that they would. The level 3 Barn plays host to a Glass of Warm Milk, which awards the unique Pygmy Cow pet. The cow model is the one that has been in game since Vanilla’s launch, but this is the first place it’s been made available as a pet. This is also the only one of the bunch that isn’t available on the Auction House.

Also in the garrison is the Inn, which is notable for the 2 pets it awards via quests. Both involve the Warlords dungeons in some way. The Everbloom Peachick is another for your collection of cute baby peafowl that run adorably rampant across Draenor, awarded from For The Birds, involving a trip to The Everbloom at the behest of everyone’s favorite dryad, Mylune. The Sentinel’s Companion is another, offered by a mysterious figure via the quest The Huntresses. 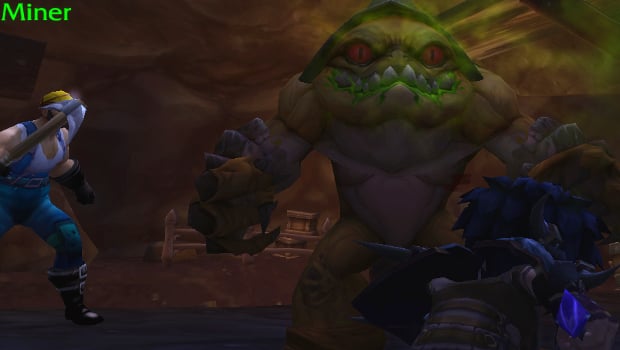 While you’re still in your garrison, make sure to pick all your herbs and mine your rocks. Doing either has a chance to spawn a little mob, and that mob has a chance to drop a pet: Nightshade Sproutling from herbing or Ore Eater from mining. Yes, really. Yes, I know you have over 3,000 of each ore and flower in the bank and haven’t seen one yet. The drop rate is very low, but you can always keep an eye out on the Auction House.

You may want to cook up some grub before you leave your Garrison, and not just because it’s been a while and nachos sound good now. Lil Leftovers is an homage to a comic by Cadistra which poked fun at the notion that just about every action has a chance to drop a pet now. It’s not every action, though–you can only get Lil Leftovers by combining for feasts or 100 stat food.

Before you head out, if you have a Trading Post, you may want to check in with either the Sha’tari Defense or Laughing Skull reputation vendors, depending on your faction. Both require a good amount of mob grinding to gain the required rep. Matthew Rossi wrote a great guide to grinding out Sha’tari Defense reputation. Laughing Skull is similar, but gives rep for Iron Horde mobs and a few flowers in the level 100 areas of Gorgrond. The pets–Sky Fry for the Sha’tari or the Bone Wasp for Laughing Skull–cost 1,000 gold and 2,000 apexis crystals apiece, and once learned can be re-caged & traded on the Auction House, making for a decent little moneymaker.

There are a few other pets tied to other Draenor reps. The quartermasters for these reps can all be found in your faction’s buildings in Ashran. The Steamwheedle “Preservation” Society and the Arakkoa Outcasts quartermasters sell the same thing to both factions: the Captured Forest Sproutling from Steamwheedle and Son of Sethe from the Outcasts. Steamwheedle rep is gained from mobs in Nagrand. Gorian ogres drop Gorian artifacts and fragments, and various very strong animals drop tokens, all turned in at the Steamwheedle representative in Nagrand. The Arakkoa Outcasts award reputation for questing through the main storyline of Spires of Arak, and for killing level 100 mobs there, too. 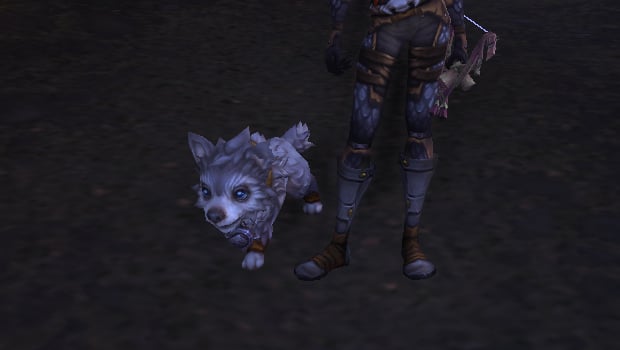 The last rep quartermaster in Ashran is split factionally: either the Council of Exarchs for Alliance, or the Frostwolf Orcs for Horde. The Alliance pet is a mechanical, the Draenei Micro-Defender. The Horde pet, the Frostwolf Pup, uses the adorable little puppy model new to Draenor. Both reputations function like the Arakkoa Outcasts, and give rep gains for questing through that faction’s starting zones, and killing (most) level 100 mobs in those zones.

Leaving Ashran to go on adventures, there are still a few far-flung pets you may have missed. Demidos is a rare you can kill daily in Socrethar’s Rise in Shadowmoon Valley (a good place to grind if you’re still looking for Council of Exarchs rep). It will drop a special item the first time you kill it but from then on its loot table is pretty sparse, except for a chance to drop a pet. Demidos is on a very long spawn timer, and for some he may be a bit difficult to solo so you may want to bring a friend. Mercifully, Servant of Demidos can also be caged & traded if you don’t get lucky.

The Hydraling is one that I missed on my first couple passes through Draenor, simply because the vignette associated with it was often bugged on release. It’s located in Spires of Arak in the Writhing Mire, and is relatively straightforward now. It’s marked with the crossed swords vignette marker on your minimap. Go in a shallow cave, touch an egg on the ground, which then spawns an angry parent Hydra. Kill the parent, and you’re free to loot the baby, which is just a little creepy.

The pets I’ve got left to discuss have one thing in common: jump puzzles. I thought I was done with these when I went into pet battling, but I guess you can’t win them all. First is the Fruit Hunter, which is really more of a pathing thing than a jump puzzle per se. If you climb up the spine of the fallen gronn marking Grom’gar in Frostfire Ridge, at the top there is a platform covered with wyverns & wyvern tamers. Jump down and kill the mob packs, and you’ll find a nest at the back that contains an egg. In 3 days that egg will hatch and you’ll have a new Fruit Hunter. This pet is very similar to all the other toucan-styled wild pets, so it’s really just one more for the collection. 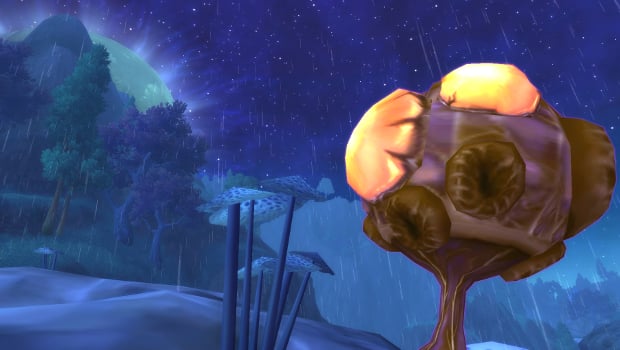 The last pets are spores: the Crimson Spore and Umbrafen Spore. Their buddy the Brilliant Spore is pretty easy to find, because it drops from a rare spawn in a popular questing area in Spires of Arak. The Crimson & Umbrafen are both out of the way, and since they’re from looting doodads you won’t see the treasure chest on your map until you complete the zones or get the map addon that shows you where they are.

The Crimson is a bit more forgiving. It’s up a short series of red mushrooms and visible from the ground. It’s also on the path that goes up from the Crimson Mire to Tangleheart, making it easy to find if you’re looking for it. The doodads you loot for these two pets look the same, so I’d advocate trying for the Crimson first to get an idea of what you’re after. It’s pictured above, too.

The Umbrafen Spore involves a roundabout jump off a mountain. It’s easiest to go from the mountain behind and jump down after rappelling around like a goat. Of course, the entrance to said mountain cuts right through an Alliance camp, Elodor, up past the Exarch’s Rise and down the other side to Umbrafen. Horde, if you don’t have an Aviana’s Feather, you’re gonna have a bad time. These can be caged & traded though, so maybe try the Auction House before you go Leeroy Jenkins-ing your way through one of the biggest Alliance camps in the zone.