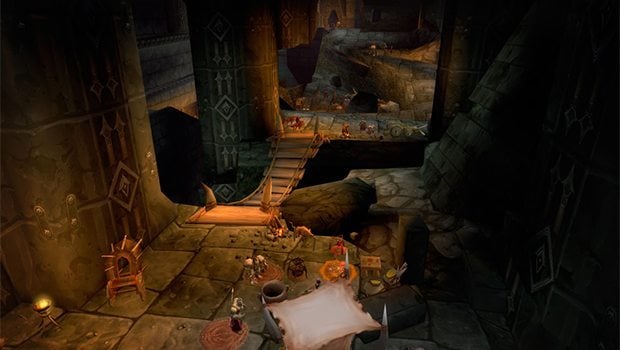 The third wing in Blackrock Mountain is now available! Blackrock Spire is where intrepid adventurers can go to and challenge ogres, dragons, and orcs! In addition, the priest and druid class challenge cards are available here.

Omokk’s hero power gives him the capability to Execute a minion on demand — but not until after they’ve been wounded first. There’s a variety of ways to get through to Omokk. You can use a priest deck to help sustain the health of your minions and deny Omokk’s hero power. Alternatively, you can go for a strategy that involves minimal use of minions such as a freeze mage or a stalling tactic. Many of the ogre minions summoned prove to be annoying as they never seem to attack the intended target.

I went for the throat with this deck by using the combo druid that I normally reserve for the ladder. I wasn’t expecting it to work but the low health total with the burst from Savage Roar and Force of Nature was enough to push through for a win. Alternatively, you can use the mage deck listed here under the heroic section. There was a bit of luck involved with the druid deck, though. Being able to close out back to back druid combos did a significant chunk of damage to the Highlord easily and all I had to do was keep my Shade of Naxxramas protected until it was sufficiently powerful enough on its own.

When you hit heroic, the same strategy should apply. The difference is that he has a higher life total and the hero power doesn’t have to target wounded minions. In a nutshell, lean on minions with Deathrattle components so that additional value is added even if they die. For heroic, I went for a mage deck with a nice mix of spells and heavy hitting minions. Flame Cannons, Dragon’s Breath, and Flamestrikes will make short work of whatever minions enter the board on his side. Fuegen and Stalagg were instrumental in getting Thaddius into play. Kel’Thuzad is a virtual must in any deck you decide to use due to his ability to bring back destroyed minions. Ice Barriers and Vaporizes will buy you time to set up. Your Duplicates can help you add further minions and targets on your side of the board.

The Core Rager reward might see some action in midrange hunter variations, but it rewards hunters for emptying out their hands which isn’t what a midrange hunter wants to do. At 4 mana, it might be too slow and clunky for a face hunter deck to take advantage of. I don’t see a home yet for the oversized flaming mutt which is a shame because it’s a nice idea.

Drakkisath offers you both good news and bad news. The good news is that every card in your deck costs you 1 mana. The bad news is that you are stuck with 1 mana crystal for the whole game. Essentially, you only get one spell. Now the easy solution here is to pile your deck with the most expensive minions possible. You want maximum trade value to ensue. Each minion of yours that dies better have put two of Drakkisath’s in the morgue.

For normal, I went with a druid deck again and piled it with some massive minion trees and other large minions. Force-Tank MAX’s can easily trade for two minions. Anything on your end with 8 health or higher will typically survive longer than Drakkisath’s. If you have any giants, stuff them all in there. Maexxna can remove any minion. Black Knight can help remove hefty taunters. If you can score Kel’Thuzad out on the board and keep him alive with the rest of your minions providing defense, let him go to work with the constant minion revivals. Lastly, a Deathwing is helpful if you have one as he functions as an effective board wipe.

Bug: There is currently a bug where if you have a Kel’Thuzad in play with a taunt minion on your side, Drakkisath will not attack.

The heroic deck took me a while on stream to get down pat. Oddly enough, all I had to do was tweak my original deck slightly and go bigger. I must have cycled through so many classes and decks before I finally tapped out and polled the rest of Twitch chat for help. A few viewers recommended trying priest with the Inner Fire and Divine Spirit combination to bowl through any threats. Ultimately, I reverted back to the druid deck with some little adjustments, and Alexstrasza came through in a big way during my attempts.

Jury’s out so far on the effectiveness of the paladin’s Dragon Consort. Paladin dragon decks will be a thing eventually, it’s just a matter of time though. Being able to drop the next dragon 2 mana cheaper lets you set up to bring a much earlier Ysera or Alexstrasza into play.

The boss of the Blackrock Spire wing is Rend Blackhand. His hero power is unique, because it will cycle and rotate through different abilities such as this one. Your decks will need to find ways to control the extra minions while chipping in damage to successfully defeat Blackhand.

A fast hunter deck has the potential to blow out Blackhand on normal. A standard face hunter deck can take care of business quickly before the board gets overwhelmed. Explosive Traps will help control the whelps that are summoned. On top of that, you can punish Blackhand’s board with Unleash the Hounds paired with Timber Wolves, which will rack up serious damage fast. Just think of this particular matchup as a race. Knife Jugglers will go to town when all those hounds go out. If you still find yourself getting overwhelmed, put in some Explosive Sheeps or Unstable Ghouls.

Naturally, we’re going to use yet another priest deck to get through and defeat Blackhand — we’re going to go for the patented Divine Spirit and Inner Fire combo again. Build up a really big minion and swing it right into Blackhand’s face. The Auchenai Soulpriest, Circle of Healing, Lightbombs, and Holy Novas will help hold the line against Rend’s hero power of summoning his horde of mini whelps. You have a Shadow Word: Death and a Big Game Hunter in there on the turns where Gyth manages to come out. On the mulligan, you want to try to dig and get yourself a Lightwell. If you have two of them up, they’ll do a fine job keeping you alive long enough for you to get set. If you’re having a hard time dealing with the extra minions, you can try tossing in a few Explosive Sheeps or a Doomsayer.

Successfully knock out Blackhand, and you get to use Rend Blackhand! The 8/4 body himself isn’t bad. He’ll be able to go toe to toe against other beefier minions. That low health, though, puts him in range of smaller minions. However, a dragon-themed deck with Blackhand can potentially swing the battlefield back in your favor. You’re paying 7 mana to remove a legendary minion and get an 8/4 body out in the process. All you need is a Dragon in your hand. Unfortunately, the Dragon Egg doesn’t seem to be a solid card. It’s a weaker Nerubian Egg and the whelps it spawns are fragile.

That’s it for Blackrock Spire — you can catch the previous bosses from the earlier wings on YouTube!