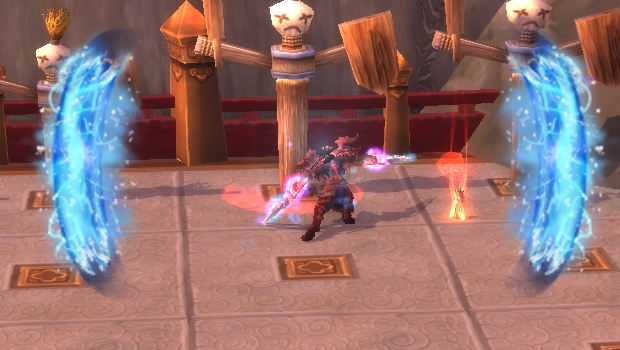 Depending on how closely you’ve been following coverage of the patch 6.2 PTR, it may come as a surprise that my column today doesn’t focus on Death Knight changes, tier sets, and other goodies such as trinkets and legendary rings. This isn’t because I’ve been neglecting my own investigations into the patch — far from it! However it’s likely that 6.2 will remain in testing for some time to come, and I’d rather wait until a few of the more technical details about various item mechanics have been ironed out before I post about what to expect from this patch.

Today’s topic is instead about something that the majority of the Death Knight populace should be intimately familiar with: Killing Machine. Specifically, I intend to cover the reason behind why I believe Killing Machine to be one of the greatest failures– both design and implementation wise– of Frost Death Knight design.

In its essence, Killing Machine exists for two purposes. The first is to provide a visceral experience for Frost DKs: Seeing big crits and flashy numbers feels good. Knowing that you have a degree of control over how these numbers occur reinforces that, because there’s no chance that your selected ability will not critically hit when the proc is active. Killing Machine’s second purpose is to provide active gameplay. The intent is to provide a mechanic that influences decision making by players, whereby they attempt to react to Killing Machine procs by aligning the “correct” ability with it, allowing for a greater total damage gain. This design has seen several iterations in the past: 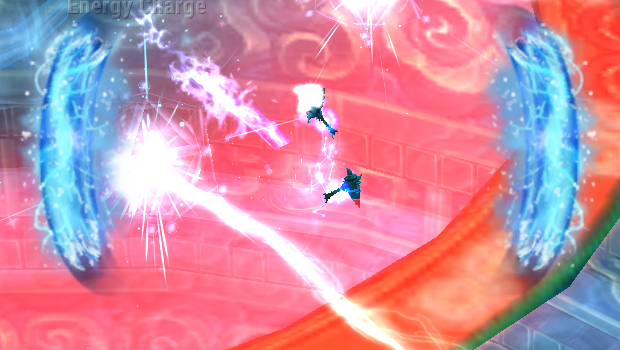 The illusion of influence and proc-based playstyle

As mentioned above, the Cataclysm incarnation of Killing Machine placed an emphasis on the ability of a player to fail at utilizing the proc correctly. This led to complaints about the frequency of Killing Machine procs and fast-paced play style making it feel too spammy for a meaningful choice. Killing Machine operates on a 6-procs-per-minute basis with main-hand weapons, and has a separate chance to proc via off-hand hits for dual-wielders — attempting to align it with Obliterate usually resulted in wasted resources. One player described the feeling as being akin to “failing a test” when using the incorrect strike on a Killing Machine proc.

This complaint largely continued in Mists of Pandaria, which was when the community made an unsettling discovery: Thanks to a tremendous amount of work by Euliat, it emerged that it was usually a DPS loss to attempt to stall one’s rotation and align Killing Machine with the “correct” strike due to the risk of the proc overwriting itself on the next melee swing. Thus, rather than waste procs, players were encouraged to simply ignore the mechanic entirely. We weren’t failing at any test, because the test itself never existed! Even more distressingly, Euliat’s work primarily focused on Two-Handed Frost where the difference between a critical hit Frost Strike and Obliterate was significant, and thus a source of confusion for many players. For Dual-Wield Frost, the problem was further exacerbated due to an increased frequency of Killing Machine and much smaller difference between critical hit Frost Strikes and Obliterates. 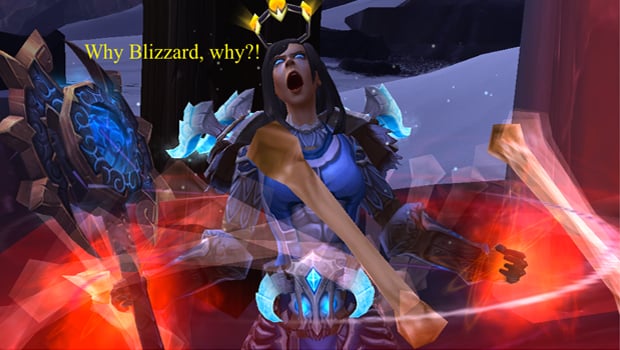 Standoff in Warlords of Draenor

During the Warlords of Draenor beta, developers confirmed that the situation with Killing Machine was undesirable, and that it was their intent for Frost DKs to pay attention to the proc and react to it. Their primary way of addressing this was by adding a significant amount of downtime to the spec, in the hope that this would force us to pool resources and hopefully have the spacing and time needed to align Killing Machine with its intended strikes. Unfortunately, Simcraft’s results continued to show that the risk of overwriting Killing Machine usually outweighed any potential benefit brought by stalling. Now, I do want to be very clear: Simcraft developer Navv noted that modelling Killing Machine properly was extremely difficult, and that the problem could be more on the player end. Additionally, Celestalon was fairly clear that Blizzard-side math showed the proc to be worth paying attention to in Patch 6.0.

Based on this, it’s quite likely that player-side tools are simply ill-equipped to properly model the mechanic, and that there is still enough of a gain for Celestalon to make his assertion. Therein, however, also lies the crux of the entire problem: The power of a proc such as Killing Machine should never, ever be ambiguous. Given how heavily it’s supposed to influence our play style and how frequently it occurs, the fact that there’s even a question about how useful monitoring Killing Machine is stands as a bleak example of failure in my mind. Consider that several other Death Knight procs such as Sudden Doom and Crimson Scourge, arguably far less important to their respective specs than Killing Machine is to Frost, are almost never a questionable gain. We may occasionally stall when utilizing them, but the performance value that they provide is undeniable. For Killing Machine to therefore exist in the state that it does suggests a fundamental design flaw.

Furthermore, from a more personal perspective as a long-time player: I didn’t enjoy playing with Killing Machine even when it was supposedly worth paying attention to. The ability to waste an important proc so easily felt fairly inimical to what I believe good proc-based play styles should incorporate. Therefore, I can’t claim that I would be solely satisfied if Blizzard were to make the proc worth paying attention to through sheer number re-balancing. 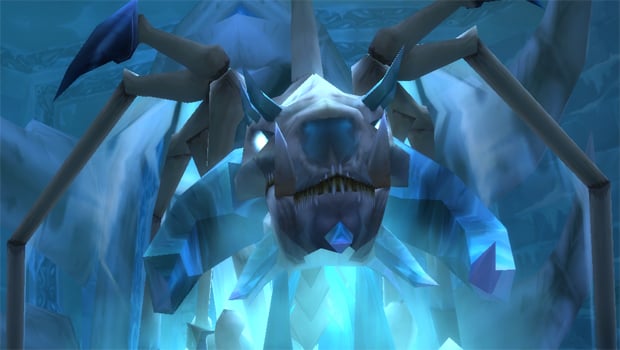 For the remainder of Warlords of Draenor, it appears that Killing Machine is a lost cause. I don’t see it getting a major revamp in patch 6.2, nor do I believe it would be much fun if it were “fixed” in its current incarnation. The tier 18 four piece bonus for Frost Death Knights suggests that developers are actively seeking to explore ways to improve our experience, but this brings its own set of problems that I intend to discuss in a future column.

Because I know that this will be asked: In another column, I made reference to the other source of complaints about Killing Machine. Because of the way it functions, it depreciates the value of the Critical Strike stat for Frost DKs considerably. Unlike issues with play style however, this is something that Blizzard has been very clear about being intended. While I may disagree with this design, I don’t find it to be flawed on the same fundamental level as Killing Machine’s (lack of) effect on our play.

There are, of course, a host of issues that I feel Death Knights (and thus, Frost) face as a class. Our talent tree and glyph system are among the most urgent, and there are several other aspects of Frost DK play that I’d like to see some improvement on. Killing Machine is simply one of the most longstanding and, I feel, one of the most misunderstood of these issues. As I’ve hopefully communicated in today’s column, I believe that the issue goes far beyond simply fixing a “broken” proc, and hopefully toward redefining what type of meaningful play that proc adds to the spec.

As a shameless self-plug, I should also mention that I’ll be appearing on FinalBoss to talk about Unholy and Frost Death Knights on Sunday (April 26th), along with Skullflower; feel free to come ask both of us questions then.