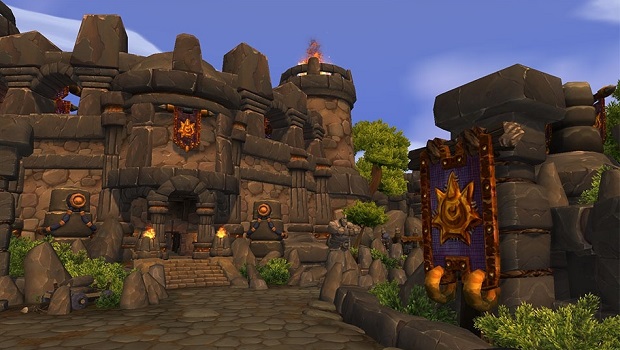 This week’s OQ covers guild mergers, better tools for raid leaders, and helping a guild leader who has given up on recruiting.

Backstory: My guild leadership has decided to step away after 6+ years running the guild/raid. The members were encouraged to find new teams to excel in, and some have. Some of us though are viewing this as the bittersweet ending of the graduating class; you say you’ll keep in touch, but you know eventually you’ll forget. To circumvent that, we are keeping 8 players together and merging with a group of 14 raiders to finish heroic and push mythic.

This sounds like a good solution to the situation. You won’t be the first or the last guild to merge in order to run 20-player mythic raids.

Some advice to help the transition:

If all goes smoothly, it’ll be easy to forget that there were ever two guilds. If not, well, it was better to try and fail than just have everyone go their separate ways.

Wrathsome asked,
With BRF being more Mechanic heavy rather than a DPS race (in my most humble opinion) do you think raid teams should get more tools? Or even more powerful versions of the one’s we have — for example, the colored columns could have distance built in to see if players are in range when making a stack point. I just made that up — but with the shifting paradigm in raiding (or will it be only BRF), it seems to be that better ways to visually communication would be great. Say … a druids mushroom that lasts for five minutes ….

Good DPS is still vital — and you can even skip mechanics, such as the third ship versus the Iron Maidens, if your DPS is solid enough.

That said, I agree that BRF is a mechanics-heavy raid and raid leaders need to use everything at their disposal to help their team succeed. The columns have their uses, but they can only do so much. Many addons such as DBM and GTFO can help you and your raiders, of course. wMarker can help with column management. However, it sounds like you’re asking whether the game needs more tools in the base UI.

In the comments to your question, someone mentioned the Augmented Virtual Reality (AVR) addon. It allowed raid leaders to draw whatever they needed right on top of the game’s environment. Then everyone with the addon could see those marks. Blizzard quickly nixed AVR because it gave raid leaders tools that were far too powerful.

Raid bosses are far more complex than they used to be and the base UI tools have not really evolved to compensate. Is there a middle ground between the base UI and AVR? Would AVR itself still break the game? I’m not sure. I think Blizzard is playing it safe when it comes to raid leader tools. If they give us something that makes strategies too easy, they’ll eventually have to take it away. Players will be upset. Blizzard likely thinks that it’s better not to risk it.

They did give us more column colors this expansion. So there’s that…

Regardless, the best tool is effective verbal communication, both between pulls and during encounters.

HottieDorf asked,
I’d like to ask about recruiting. I’m in a very casual guild, we’ve done only 2/10 N BRF so far and have been forced to put things on hold because several of our key raid team members are having RL issues. Our GM has been trying to recruit, but we’re on a small very old server and it’s like pulling teeth, so he’s very disheartened. We other officers think things will pick up once school’s out and people will be playing more, we’re not giving up, but the GM is pretty fatalistic. He’s told all of us that if we want to raid we should find other guilds. :( I love raiding, it’s my favorite WoW thing to do, so I will leave if I have to, but I really hate the idea of just giving up. Any suggestions?

It sounds like your guild leader is burned out. At this point you might need more than one person attempting to recruit. If you guys want to keep raiding together, it’ll have to be an “all hands on deck” situation. Everyone needs to pitch in and take some time to look for players, post ads, talk to people, etc.

In the meantime, I highly recommend using the new LFG tool to fill in missing players with PUGs. It’ll keep your current raiders from getting bored. It’s better than not raiding at all. You might also meet some people who want to join your guild or raid with you again cross-realm. If your raid leader lacks the motivation to do this, someone else will have to step up.