Totem Talk: Double Spirit Link Totem, what does it mean? 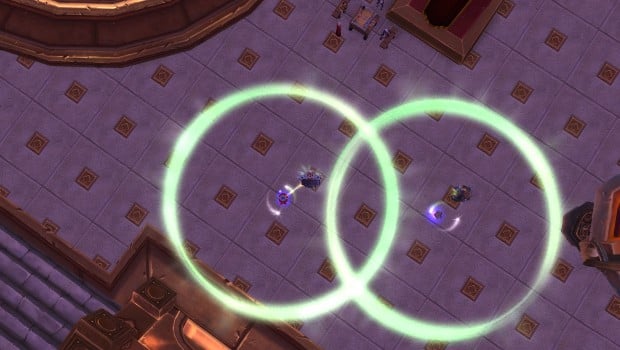 There comes a time when one of something just isn’t enough. Where you need to get more bang for your buck, stretch out a little bit more out of something, or just go all in and double down. Sometimes it’s hard to know when this is the appropriate course of action. What does this have to do with Shaman? Well, it has to do with a specific talent that lets us do more for less.

The talent in question is Echo of the Elements, which we get at level 60. Until recently the talent choice for that level, at least for the Restoration side of the house, was pretty much a forgone conclusion. Previously you took Ancestral Swiftness for the passive haste bonus and the ability to cast any spell of your choice instantly. As a class whose instant healing has been little to none for the better part of a decade, you can see the appeal of having such an ability for an “OH NO!” button. Now however, the decision isn’t so cut and dry.

So what’s changed? To be honest, the entirety of the talent Echo of the Elements. In patch 6.1 the entire talent was reworked from the ground up, no longer just giving you a chance to duplicate certain spells. The new talent gave certain spells two charges to work with off the bat, and other abilities that reset the cooldown of affected spells instead refresh a charge on the spell. For Restoration Shaman this affects Riptide, Unleash Life and Spirit Link Totem. If you’re anything like me, at first glance this won’t seem like it’s really all that great for healers, but I was urged by quite a number of folks on Twitter to give it a once over and weigh in with my thoughts. 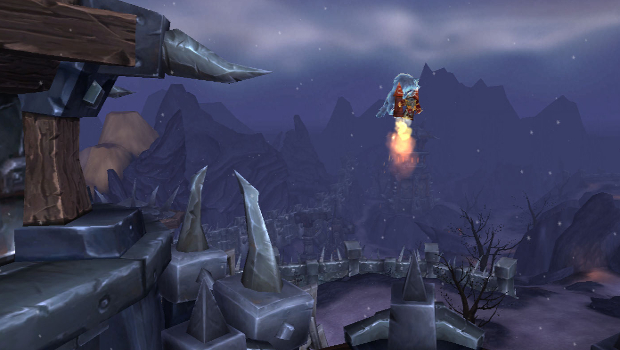 The first spell we should touch on is Riptide. You really have two choices when it comes to this ability: you can glyph it, and neuter the instant heal in favor of being able to spam the spell on everyone, or you can leave it untouched to keep the initial heal intact. If you spec Echo of the Elements however, the option of leaving it unaltered has as much to offer strategically as glyphing it. With two charges, you can use Riptide twice in rapid succession to let you extend the reach of Chain Heal with High Tide. This leaves you able to use the glyph slot open for something else, which is nothing to scoff at.

Having two charges on Unleash Life also means that you can weave in turbo-charges to your direct healing more frequently. That additional 30% buff to your healing worked throughout the entirety of a boss fight can really add up. It will take a little getting used to, but once you get acclimated to having the second charge available and the timing on the cooldown it will be nothing but bonus to your total healing done.

The real star though, at least for me, is the double Spirit Link Totem. It shouldn’t be a surprise at this point that I’m a huge fan of this spell. Not only did I fight to have it added back into the game after it didn’t make the cut in Wrath of the Lich King, but I’m a huge advocate of using it on every single fight you can fit it in on. Why wouldn’t I love being able to use it twice in rapid succession? The spell can literally be a life saver to your raid on so many fights that doubling down is a no brainer. This is especially true when you take a look at the encounters in Blackrock Foundry and how many fights have multiple high damage abilities in relatively quick succession. Blast Furnace and Flamebender Ka’graz are great examples with periods of high raid damage well before your cooldowns would be available. From personal experience, I can tell you that having a double shot of SLT loaded and ready to go single-handedly let my small raid survive being overrun by adds on Thogar long enough to get the kill more than once.

In the end, does it compare to the usefulness of Ancestral Swiftness? I honestly feel that Echo of the Elements does in fact compare on equal footing in terms of usefulness. In fact, I feel like there are several fights in which it can outshine the other choices in the tier in terms of sheer power to turn the fight from a wipe to a win on the back of being able to have an additional cooldown available for raid survival. This holds especially true for smaller raids where your number of cooldowns is limited. Is it worth your time to explore as an option as a healer? Absolutely! If you were like me and ignored the Patch 6.1 update to this talent or wrote it off initially as something that might not be useful, I encourage you to try it out. I think you’ll like what you see.

At a higher level, I think the re-design of this talent really is a great example of how talents in a tier should compare to each other. It is as powerful as the other selections, or in this case the only other viable selection, but still feels fun and balanced comparatively. If talents persist to be a thing in the future, I would like to see all the choices in each tier be as equally useful to players as this talent choice is. While I still feel like we lack certain tools that we should have, like a tank cooldown, this makes me feel slightly better about not having that particular ability for the time being. If you’ve been playing with Echo of the Elements after patch 6.1, I would truly love to hear about your experiences with it, and your thoughts on it as a talent.