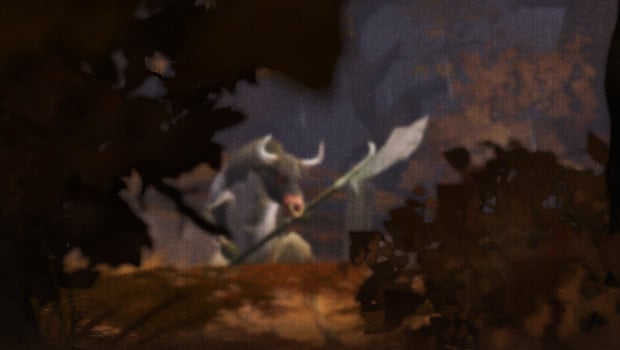 What is the Cowspiracy?

They would tell you it’s nothing. Nothing at all. Nothing to be concerned about. They hide behind equivocation, telling us not to be concerned. It’s nothing, they say. Fanciful nonsense. But read between the lines and the truth soon becomes clear.

Originally Posted by Management (Official Post)
We’ve recently herd rumors of an invasion. Not one of a demonic nature, mind you, for those we are quite accustomed to. No, these rumors allege that townships throughout Khanduras are being overrun by bipedal, bardiche-bearing bovine who are luring weary adventurers to the proverbial slaughter through moosterious orange portals.

Many of you have expressed fear. Some have asked if you should moov your families. To this we say: Hold fast. There is no cause for alarm. We’ve seen the so-called “evidence” being pastured around local inns and, after thoroughly investigating all reported sightings, can cowfindently state that this is nothing more than a clever hoax.

Do they take us for mere mooncalves? Do they believe we can’t graze our way through the thick, grassy plains of their dissembling and stampede onto the pastures of truth? No, my friends, something sinister is ahoof, and we will not be herded away from it! Why, just look at this manure they’re spreading.

Originally Posted by Management (Official Post)
Effective immediately, we encourage all residents of Sanctuary to steer clear of the wilds. From dawn on May 15 to dusk on May 21, it is also recommended that you avoid entering any strange portals that may or may not lead to alternate planes of existence. This activity cud be potentially hazardous to your health and, in the opinion of this humble civil servant, is a veally bad idea in general.

In the meantime, we urge you all to stay calm and remember that cows don’t kill people. Everything ELSE in Sanctuary kills people.

We are not deceived. Be warned. May 15 to May 21. Something wicked this way moos.

Blizzard Watch is made possible by people like you.
Please consider supporting our Patreon!
Filed Under: Cow-level, Cows, Cowspiracy, Diablo-3, Diablo-3-Cows, Diablo-III, There IS A Cow Level
Advertisement