The Queue: Of botters and bans 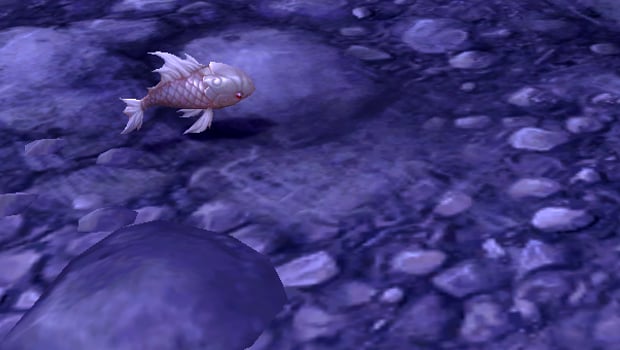 If the complaints we’re hearing are any indication, a lot of people got banned from World of Warcraft yesterday for botting — but I can’t say I mind much.

What do you think of the decision to only give botters a six month suspension instead of the typical perma-ban?

If anything, I think Blizzard was too lenient here. People who automate their gameplay — defined by Bashiok as automation of any action — make the game less fun for everyone who’s actually playing it. These players compete for resources and on the auction house, making it harder for people who do play the game to play to get what they need or sell their own goods on the auction house.

If the game bores you to the point where you need a program to automate repetitive functions, I’d suggest it’s time to move on and try another game. Now a lot of people seem to have that chance — and maybe they’ll use it to find something they enjoy doing, instead.

Q4tQ: I recognize this is probably perilously close to click-bait, but… please comment on the petition filed at the We The People site asking Blizzard be forced to reinstate accounts banned for botting, and terms of use changed to permit the use of the bots that got those people banned.

Your right to access Blizzard’s World of Warcraft servers is not a given. In order to do so you must not only pay a subscription fee (or, now, buy WoW Tokens), but you also have to follow the terms of service Blizzard sets. They own the hardware you’re accessing and the game code you’re playing, and in order to keep playing you have to abide by their rules. If you don’t, they’re within their legal rights to kick you out — after all, you agreed to the terms of service in order to play in the first place. If you don’t like Blizzard’s rules, then you may want to find a different game to play (though you should be aware that most MMOs have terms of service that also ban botting). It seems quite pointless to ask the President of the United States to remove a ban received because you’ve violated terms of service you agreed to follow — and are now facing consequences for that action.

What strikes me as especially egregious about this petition is the line “WE do not want to see any lives lost due to A ban.” A six month ban from a video game seems unlikely to be fatal — so is this a threat of violence because Blizzard has banned you? That elevates petition from ridiculous to outrageous. These people broke the rules, got caught, and are being punished. There is no world in which threats of violence are an appropriate reaction to that.

This only reinforces my thinking that a six month ban was too mild a punishment. We don’t need or want these people in our gaming community. Don’t like this ban? That’s great. Go away.

Q4TQ: Is it wrong to try to pick up girls in a dungeon? Japan forced me to ask this question!

Let me tell you a secret about women who play video games: we’re just like anyone else who plays video games. We log on to have fun, to get away from the stress and anxiety of our everyday lives, and to kick some ass (because most of us still don’t know how to set people on fire with our minds, though I keep practicing anyway). What we don’t log on for is to be bothered because we happen to be playing a female toon or dare to use voice chat. The fact that we’re women is not an open invitation to flirt, harass, or stalk, and when we say “no” and ask you to leave us alone that never means “yes.”

If you’re running a dungeon and meet someone cool you’d like to get to know better? Great. WoW‘s an awesome place to make friends. But if you’re more interested in flirting than getting stuff done? Get the heck out of my dungeon — I’m trying to kill things here. If you’re bothering me when I’m trying to get stuff done and if you keep bothering me, you’re being a nuisance at best… and that’s a crummy way to pick anyone up.

Any guesses on when the next d3 xpack will come and how the story will go?

I’ve never felt that story was a particular strength of Diablo‘s (though I have been reading the Diablo Know Your Lores with interest), so I’ll make no guesses as to which crazy direction the story may spin off into next. However, I’ve always really enjoyed the game (from the first one forward) and do look forward to new content. I’m keeping my fingers crossed for news at BlizzCon, because so far Blizzard has kept quiet on whether there’s going to be more Diablo at all.

Q4tQ: Do you think that datamining coming patches, exciting as it may be, really hurt the game at some level? For example, it was very difficult for me to avoid ALL spoilers on the 6.1 legendary quest chain final part. If I had given in to the temptation it would have been so much more lackluster when i reached it in game.

Likewise, while the PTR helps a lot with fixing bugs before the official release, it kinda feels sometimes that when the actual patch releases we have already “been there, done that” and is already old…

And I feel like that without even playing on the PTR, just by following news.

Should players abstain from such news and datamining themselves if they know that it would affect them? Should those players that DO play on PTR or follow every signle news article about the next patch/expac out there (and it is difficult not to) accept that they are hurting their gaming experience in the end? Or is there some other way to approach this issue? Maybe it is not an issue at all?

Honestly, I feel like this is a question that goes far beyond World of Warcraft. Spoilers for movies, television, and books (I had a Harry Potter book spoiled once via World of Warcraft trade chat) are growing more and more difficult to avoid. We try to be careful about marking articles with potentially spoilery content so you don’t accidentally stumble into spoilers if you don’t want them, but even so you can easily find spoilers in the comments, on social networks, or over chat channels in WoW itself. The only way to be sure to avoid them is to unplug completely… and how many of us are likely to do that for the entire time the PTR is up?

I do think this can hinder our enjoyment of new content. It’s difficult for anything to surprise us anymore because the beans inevitably spill well before the content’s released. By the time it’s on the live servers and we can actually play it, it’s old news. However, players tend to love finding out what’s coming next, so I don’t think the datamining, the social buzz about spoilery content, or even our articles are going to stop, which just leaves those who’d prefer to stay unspoiled walking a fine line of avoidance.

That’s all for today’s Queue. Be sure to leave your questions in the comments below and check back tomorrow for answers from Matthew Rossi.

Blizzard Watch is made possible by people like you.
Please consider supporting our Patreon!
Filed Under: Banning, Bans, Bots, Spoilers
Advertisement