The Queue: The level that must not be named 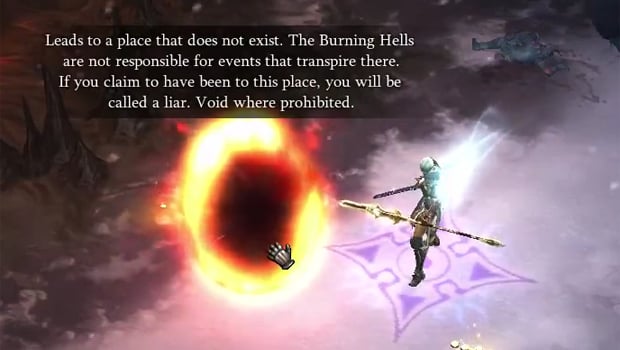 You definitely haven’t seen that level. You know the one. We’ll just continue with our blissful existences and answer some questions, okay?

Qs4TQ: If you could give the “Cataclysm” treatment to any zone in the game, which zone would you pick? Reverse version: if you could undo any one zone from its revamp, which would it be?

Any zone? Arathi, hands down — it was the only one that didn’t really get as much of a revamp as anything else, and I continue to be fascinated with the history of the area. For reversing, I’d honestly like to see Thousand Needles back to its old self again. Not because the quests were bad or anything — I quite liked the Magatha hook they had in it — but because I really liked all those massive rock spires back in the day. They reminded me of home.

What hell is this bovine stuff I see for Diablo 3?

It’s the return of the Secret Cow Level! As part of the anniversary celebration for Diablo 3.

Fun story — way back when the first Diablo came out, there were rumors about a “secret cow level” that could be accessed by rapidly clicking a mysteriously spawned cow. It became a giant running joke, essentially, and Blizzard continually refuted the rumor, even going to far as to include the phrase “there is no cow level” as a cheat code in StarCraft.

By the time Diablo 2 was released, players were pleased to find that Blizzard had actually added a secret cow level to the game, accessed by combining Wirt’s Leg and a Town Portal Tome in the Rogue Encampment. The level was full of bi-pedal cows with giant polearms, and along with throngs of hell bovines, you also fought the Cow King — that’s where the namesake for Cow King’s Hide comes from in WoW.

Obviously when Diablo 3 was released, we got Whimsyshire instead of a cow level. But the anniversary event has unleashed the cows on Sanctuary once more. Randomly throughout the game you can encounter a cow NPC, polearm and all, and killing that NPC will spawn a portal that will take you to the cow level. It’s very similar to what you’d find in Diablo 2, except this time there’s a Cow Queen to defeat. It’s also full of chests, items, gold, and more rampaging homicidal cows than ever before. It’s a limited time event, so if you haven’t logged in yet, you might want to do so, just to check out the bovine carnage yourself.

We just got her on staff! I’m not sure what she’ll be doing (that’s not my department), but I expect we’ll see things from her Soon™.

Do you think the Timewalker events will extend to raids?

In patch 6.2? No. In the future? Possibly — it depends on what kind of tech is involved and how well mechanics scale in the face of what abilities we’ve had added, adjusted and removed over the years. I think it’d be kind of cool to see that added, though. Farming the same raids over and over again each expansion can wear raiders down, but having an entire selection of old and new raids to choose from, all with loot that scaled to an effective ilvl? That would be fantastic, and keep people way more engaged, I think. Might cut down on the burnout factor a little!

So… regarding Nhallish’s dying quote “You are just maggots, swarming to the corpse of a dying god”, what do we think it is referring to? The Old God(s) under Draenor? K’ara/the Dark Star? K’ure/Decimatus? Sethe? GORGROND?

Not really, but man that was fun to just throw out there.

Q4tQ: If MoP and WoD had been reversed (that is, if WoD came out first), do you think MoP would have been better received?

I don’t think it would have changed a thing, other than possibly made Warlords way stranger, given that the events in Mists are what lead into how we get to Draenor in the first place. I do think, however, that we could have had some kind of expansion in between Mists and Warlords and it would’ve worked out a little better. People are getting worn out on orcs as bad guys — it would have been (in my opinion of course), a little better to have a beat of story in which our attention was diverted from the fact that Garrosh escaped. Maybe a different continent to explore, maybe something South Seas, who knows? But it would have given us a break from the orcs-as-villains thing, and when Garrosh actually did manage to return and flip that Dark Portal from green to red at the end of that expansion, I think the impact would have been way, way bigger.

That’s it for today’s Queue — if you have any questions you’d like answered, be sure to leave them in the comments below!