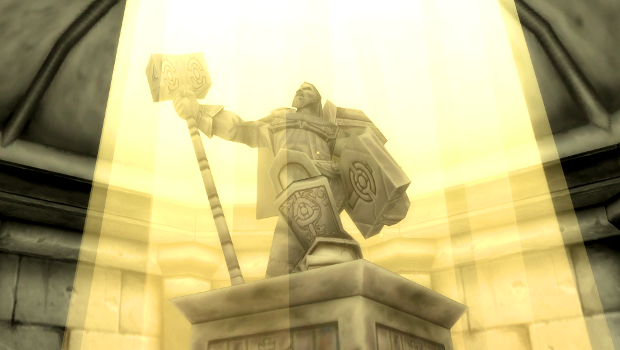 Two months ago, I wrote a 101 guide for paladin tanking. At the end of that piece I promised to write a follow-up with more advanced tips and tricks for beginner tanks; however, I never followed through with that threat. I must admit that I got sidetracked with other topics, like how boringly repetitive tanking encounters can be these days, or how to tackle some of the bosses of Blackrock Foundry (speaking of follow-ups that need to be written!). Well, as they say, better late than never.

Let’s talk today about some of the key tips and tricks that can assist with tanking success. Some of the points I will discuss here today are things that you will take care of before you even set foot in a dungeon or raid. After all, tanking is more than just talenting correctly and standing in front of the boss. What separates the serious tanks from the DPS that check the little box under the shield for a shorter queue time is the same thing that separates the successful from the also-rans in many aspects of life: preparation. 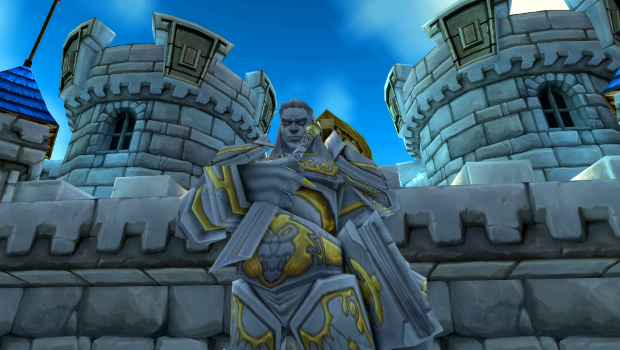 If you don’t use Weak Auras, you are missing out on one of the best tools available to WoW players. The most important abilities that you need to keep in mind are those with long cooldown timers (it’s why we call them cooldowns as shorthand, after all) and nothing – nothing – is worse than dying in an encounter and noticing that Guardian of Ancient Kings was available or Ardent Defender could have been popped to keep your keister out of the fire. Often information paints the thin line between life and death in this game, and it’s the informed tank that survives until the end of the encounter.

Weak Auras is a massively powerful addon that can show on your screen the remaining durations of key buffs or debuffs, or emphasize in a better spot your current Holy Power charges, or your current Resolve value, or even the percent of physical damage your Shield of the Righteous will mitigate due to your current Mastery value.

At the most basic level, you should have an aura that places a timer for Sacred Shield on your screen. Sacred Shield needs to be up 100% of the time, and your survivability will suffer if Sacred Shield falls off and you do not notice. Here is a Pastebin link to the aura I use; it’s super basic, but that’s okay! It’s very visible, totally obvious as to what the remaining time is, and gets the job done, pushing the remaining time on my Sacred Shield buff like a lemon meringue pie in a clown’s face.

If you’re willing to tumble down the rabbit hole, there are some really excellent aura strings out there that are available for the taking. Both Theck and Slootbag have strings on their web pages that are worth checking out.

Setting up a better positioned UI

It’s not just using auras that can make for a successful tank, it’s also how they are used. Your amazing aura is only going to be so helpful if it’s positioned way off to the side of your monitor and you have to distract yourself just to consume the information it is presenting.

When it comes to UI elements, the key metric of how useful they are is how quickly they can deliver their information payload to your frontal lobe. Just as you need to be concerned with your latency when sending actions from your mouse and keyboard, across the Internet’s tubes and into WoW, so too does the brain need to receive direction transmitted from the screen, through the optic nerve, and into your internal command center as quickly as humanly possible.

The quicker your brain can receive and act on key information while tanking, the better you will be able to react to dangerous moments before you are crushed beneath a boss’ boot.

Consider the following screenshot and how I have my UI positioned: 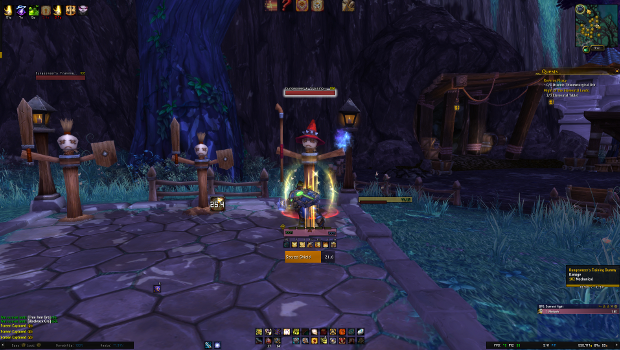 Notice how the center of my screen is arranged so that its prime real estate is taken up by my most critical information sources. Just under my character, around where my eyes will naturally rest, is my own health bar, the buttons (and thus timers) for my key abilities, and my Sacred Shield timer.

Just to the right is my target’s health, which isn’t as key, but can help my decision-making progress. A target dummy doesn’t demonstrate this well, but that target frame also will display buffs on the target. So, for example, if the boss enjoys a brief enrage effect, I’ll know by the presence of its buff icon that this is a good time to pop a damage reduction cooldown.

Then to the left I have little auras indicating the remaining time on some key cooldowns, especially Divine Protection (as shown). I also have that information at the top of the screen, but I really do not want to have to take my eyes off the ball (so to speak) to check out how much time is left in the quarter.

Personally, if I could design a UI that only showed my health bar and everything else was keybound and invisible, I think I could still successfully tank. As a tank, knowing your remaining health governs how you react to certain situations. If it’s getting low, you might pop a cooldown like Divine Protection or Word of Glory, or if it’s nearly depleted you might do something drastic like use Lay on Hands or yell/plead at your healer(s) for mercy.

Whenever someone tells me they use the default UI, my first thought is always how comfortable that person is with constantly shifting their focus away from the center of the screen – and all the nasty things that may suddenly appears under their character – to look at their health bar in the UI’s equivalent of Fairbanks, Alaska. 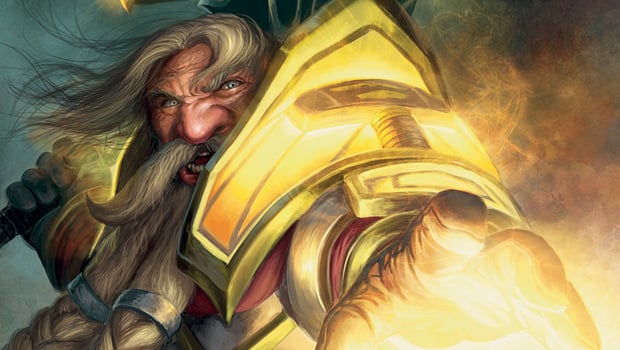 Anyone who has revealed in mixed company that they keyboard-turn has surely endured abuse from those that will announce, nose lifted skyward, that they mouse-turn. I must admit that I once castigated a coworker (like, in real life, where the Earth manages to continue to spin despite the number of people on the Internet that use A and D to rotate their characters) after she casually mentioned that she was a keyboard-turner.

I had to apologize immediately because she was not particularly guilty of any mortal sin, despite what the Internet conditioned my reaction to indicate. Many WoW players, at the beginning of their journey in Azeroth, used the keyboard to turn their characters around. Hell, I did. When you’re first starting out in the game and playing it like a solo RPG with extra-realistic NPCs, the efficiency of your character movement just does not enter in the equation. To use a different comparison, keyboard-turning is like the WASD equivalent of training wheels – they serve for a a valuable purpose when starting out, but eventually they will need to come off.

The good news is that these particular training wheels are fairly easy to work without; it just takes practice. You, a hypothetical keyboard-turner, may be wondering though: why does it really matter if you turn with mouse or a keyboard?

Like the value of a well positioned UI element, the most important factor at play is speed. When you use the mouse to turn your character, you can more quickly react to a changing situation while tanking and immediately perform an about-face. Consider how long it takes to go 180 degrees using the A or D key in their original assignment. Stars have been born and gone supernova in the time it takes for a Tauren to spin and face the opposite direction.

Much like stars, healers (and I’m sure they’ve unironically adopted that description at one point or another) can also be killed in the time it takes to rotate with a mouse. That’s the rub for you, the tank that needs to be able to quickly intercept any threats to those in your group or raid.

The point where tanks are made or broken is when the rubber meets the road and the encounter is actively running. If a tank cannot reliably stay on top of their health and thus when they need to pop a cooldown – or even whether a cooldown is actually available – and a healer is being chewed on in a corner of the room, they’re not ultimately going to be a very successful tank.