How could “no flying” be less annoying? 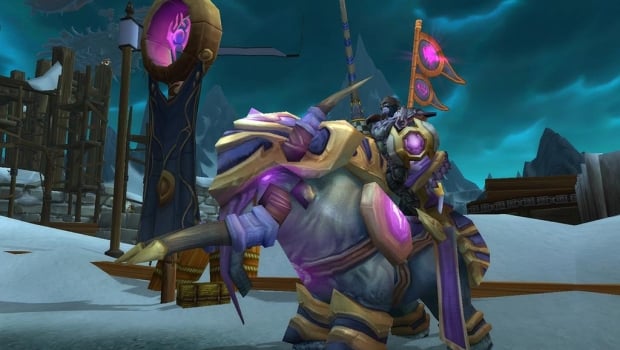 If you missed it — and let’s be honest, you probably didn’t — we were told that odds are good flying isn’t coming to Draenor.  Or probably anywhere ever again, as it happens.  Whether or not this is a welcome announcement (or even a well-timed one) is another discussion altogether, because if this was going to be changed, the massive outcry over the decision would have had some effect by now.  We are grounded.

So what could be done to make that feel way, way less annoying?

I mean, let’s accept that flying is just out of the question.  There’s a man with a gun at the Blizzard offices and he really hates flying or something, it doesn’t matter.  If we’re going to be stuck on the ground, there have to be things that can be done to make our grounded nature less annoying.  And I can think of several.

Give us easier paths out when we’re done

WildStar has a feature that World of Warcraft should have stolen well before the Warlords launch.  Kill a big bad in the bottom of a cave for a quest?  All of the little cronies suddenly turn neutral to you so you can just waltz out, possibly while calling a friend on your space-phone to talk about whatever you talk about.  Your new space-phone or something.

This does, occasionally, show up in the questing process, but it’s far too infrequent.  Part of what I loved about flying mounts is that when I was done, I could just get on the back of my mount and leave.  I enjoy the combat in WoW most of the time, but when I’m done killing my way through this Shattered Hand outpost I mostly just want to get out of there, not kill my way back out for slower and less enjoyable rewards.  I want to leave.  Yes, I have my hearthstone, but I don’t want to be using that literally every time I want to get out of a quest area.

You can argue that this would involve even more phasing than already exists in the world, but the fact is that the world is already so heavily phased as to qualify for the honorable Kitty Pryde award. I will happily slaughter my way to the center of a camp to kill a named target, but please stop asking me to slaughter my way back out.  I would think someone would at least notice that the Draenei killing her way through reached the general and took his head off, maybe she can just walk out if she wants to. 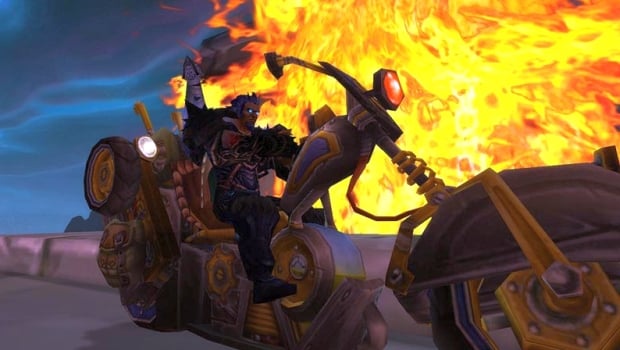 Of course, if I’m just killing the general, I don’t want to kill my way through the camp at all.  I certainly don’t want to kill a Shattered Hand Berserker on the way when I’m only getting quest credit for killing Shattered Hand Barbarians.  And this gets especially bad when the developers have given us many quests that don’t care about which flavor of enemy we kill so long as we kill enough.

The Apexis dailies, for all their flaws, do at least do the job of letting us hack through any combination of enemies without feeling like certain kills are “wasted” along the path.  This is a good thing.  I don’t know why it’s not applied to more quests — yes, players will focus on the easiest thing to kill, over and over, but we’re going to do that anyway.  We’re tedious bastards like that.  Stop pretending there’s a way to avoid doing that and just embrace it.

Along the same lines, assassination quests can just go the way of the dodo at this point.  I have killed so many named generals and warlords and whatevers that if I had a monument for each one, I could build an entirely new garrison.  Make this a part of fighting my way through a huge pile of enemies if I must, but don’t send me into a camp just to kill one guy.  Or at least give my paladin some way to drop in from above or something if I must.

Picture this: I am here.  (It doesn’t matter where “here” is.)  My quest objective is about a ten-second run straight ahead… if not for the fact that there’s an entire ravine in my way.  In order to get across that ravine, I have to run far to the south, then reroute around a mountain until I find a path over the mountain, then travel through a cave, then through the outskirts of an enemy camp that I’m not fighting yet, then I have to pass the three crystals to the gatekeeper, and then I just give up, fling myself to my death, and resurrect on the other side when barely in range of my corpse.

There are not a whole lot of zones in the game that are designed specifically around flying, but there are tons of places where getting from point A to point B is an exercise in misery unless you can fly.  So, you know… stop making maps that work that way.

Guess who never purchased 310% flight speed ever?  Yep, I didn’t figure the speed increase was worth the price.  And now it really isn’t, because you leave behind the last piece of content to level on with flying at level 85.  You could buy subscription time with all of that gold, didn’t you know that?

310% on the ground is probably a bit too fast.  But if you’ve already spent the gold, it seems like there should be some form of compensation provided for being so good at riding an animal or machine or whatever the hell the Celestial Steed is supposed to be.  Daze protect, free water-walking, longer jumps, I don’t care.  You can argue that it’s not all that much money now or that people who bought it before got plenty of use out of it, but the point remains that at this point, if you spent your time getting it back in the day you probably would like these upgrades to have some use in current content. 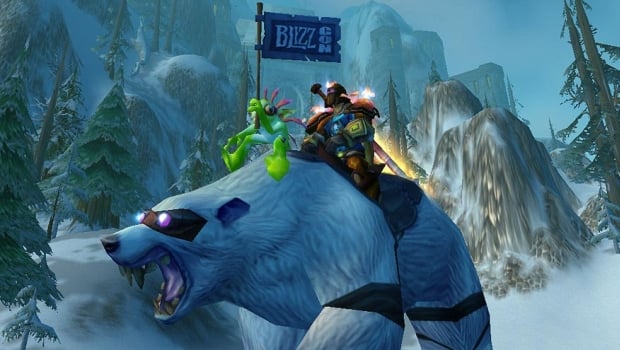 Give us ground mounts that don’t look dorky

We’ve been getting flying mounts for years as rewards.  Proto-drakes, hippogryphs, dragons, different kinds of dragons, horses with wings stapled to them.  And pretty much every single one of these mounts has the problem of looking really dumb on the ground.  Sure, they can move along at the same 100% ground speed as everything else, but watching a proto-drake frantically crawl around with its wings that it has no reason not to use is kind of… well, dumb.

If not flying is the new flying, we need more mounts that feel cool to ride when we’re on the ground.  We’ve already got a great array of ground mounts out there, yeah, but nothing that really matches the impact of the really unique flying mounts.  Heck, there’s nothing to match the multiple faction grinds that existed solely to obtain specific flying mounts that were marked as cooler than other flying mounts.

A recolored version of another ground mount doesn’t work as a prestige mount, especially not when it sucks down Apexis Crystals and a healthy chunk of change.  If we have to stay on the ground, do we not deserve to look cool in the process?