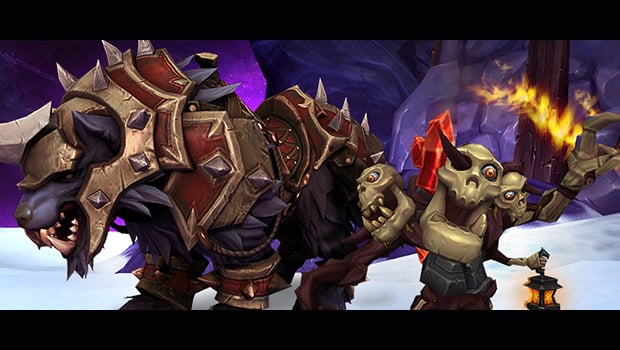 Heroes of the Storm launches today, and as with any Blizzard game launch, there’s some cross-promotion items to be claimed for players that want to give the new title a try. Hitting level 20 in Heroes of the Storm will reward World of Warcraft players with Graves, the Grave Golem pet from the Haunted Mines. Graves is an Undead Battle Pet with a powerful set of moves that could be really useful towards rounding out any battle pet team you’re putting together. In addition, reaching level 100 in World of Warcraft will net you the Ironside Dire Wolf mount to use in Heroes of the Storm. Basically, if you’ve hit max level in WoW, you’ve got a free mount waiting for you in Heroes — not a bad deal at all.

Heroes of the Storm is a free-to-play title, so nabbing these items won’t cost you a penny — just a little time dedicated to leveling.

Blizzard Watch is made possible by people like you.
Please consider supporting our Patreon!
Filed Under: Battle Pet, Grave Golem, Graves, Heroes Of The Storm Mount, Ironside Dire Wolf
Advertisement