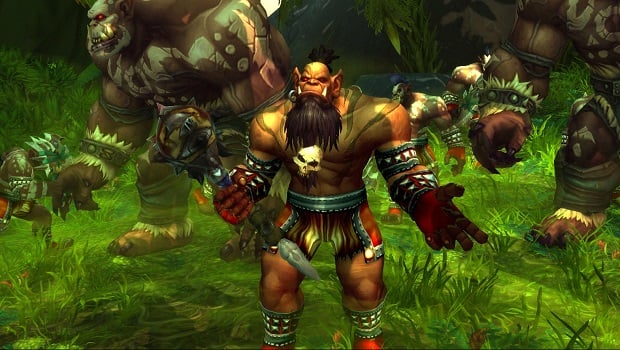 This week we have two questions about guild leaders who aren’t exactly paragons of the position — one who gkicks members for a strange and personal reason and one who quits on raids when they don’t start off well. We also have a raid leader who wants to try Heroic, but a member questions whether the guild is ready.

CountermanA asked
I have a question.

I had found out that the GM of one of my guilds uses a 3rd party site to track, punish, and expel players who have high level alts on the opposite faction. Is this considered harassment and what would be the best course of action for this situation?

After speaking to other members they also feel uncomfortable knowing that they are under scrutiny and feel as though they are being persecuted for having other characters.

This is bizarre to me. Why is he doing this? What does he have against players leveling alts on both factions? You get the other side of WoW‘s lore and in some zones a very different leveling experience. There’s even an achievement for it. Is it because you’re on a PVP realm? Does he just hate the other faction that much? Or is he worried they’ll join guilds with those alts and stop participating in his own guild’s events?

No matter the reason, I don’t think it quite constitutes harassment. It’s certainly a nasty thing to do, though. I assume there’s no written guild policy about his “rule,” which makes it even nastier.

Since he’s the guild leader, you can’t control his behavior. But you can tell people what he’s doing and let them decide for themselves if they want to stay in a guild run by someone like that.

jmormaple asked
I have a question for you.

I am an officer in a raiding guild. One of our strongest dps, and heals, is also a Co GM to the guild. Problem is, he gets negative quickly when we don’t do as well as we have in the past. He will sometimes leave without so much as a word to us if key people don’t show up and we have to resort to backups for roles, which makes the situation even worse. We are struggling with a minimal group, recruiting is hard.

What can we do to get better performance out of a member like this, that we need pretty badly, but is too high up the management ladder for anyone to really reprimand?

I wouldn’t quite say you need better “performance” from him, just a better attitude. At least you have another guild leader to appeal to for intervention in this case, and in your place I would. Trust me — the other guild leader already knows that it’s a problem. But maybe by speaking up, you’ll spur him or her to act.

This kind of behavior is poisonous in a guild, and it’s so much worse when it’s a co-guild leader doing it. It murders morale when a leader is basically saying, “I have no faith in our members’ ability to play an offspec, and I’d rather log out than raid with them.”

Your other guild leader is the only person who can put a stop to it. He or she needs to take a firm stance and tell his or her partner that this behavior can’t continue.

If he or she can’t control the other guild leader, then the members will need to take to the guild’s forums or some other private place and tell him that you as a group won’t tolerate this behavior anymore. He seems like a person with a temper, and he probably won’t take this very well. He might even step down or quit. No matter what he contributes, I believe that your guild will be better off without him than with him as he currently behaves. Yes, recruiting is hard, as you say, but it’s even harder when raids fail because of his tantrums or when potential members see how your guild leader acts and get scared off.

FishyB said
Question: I’m part of a great guild alliance that has around 14-17 people, two days per week that does Normals and is making reasonable progress in BRF. A contingent of people, including the RL and MT, are pushing hard to make the leap to a permanent switch to Heroics. The problem is that several of our folks are undergeared, bring low dps, and many have raid awareness issues (and no, because we’ve been on the more casual side of things not bringing folks isn’t really this group’s style). On Normal you can get away with a higher margin for error, but Heroic steps it up several notches, and I feel that we’d all be happier as a group progressing in Normal. How do you talk these people down without coming across as a Negative Nancy, (or sounding like it’s my way or the highway deal) while not wanting to beat your head against stuff you know just isn’t going to happen?

I don’t think just talking is going to solve this issue. If the raid leader is determined to try, then you should probably let him try it at some point. Maybe your team will surprise you and step up to the challenge. Maybe it’ll be as bad as you say. Either way, your raid leader will know for sure where the team stands in terms of difficulty, so it’s not a complete waste of time in that sense.

The bigger problem you might face is what happens with your raid leader and main tank if the team can’t handle Heroic. Will they be content to run Normal raids forever, or will they start looking to join a different guild (or create a new one) to suit their preferred difficulty? Will they try to start recruiting Heroic players and/or edge out the raid members who don’t cut the mustard? This kind of situation can transform your alliance if you don’t take a stand against it. Be cautious moving forward. Don’t let two people change a guild alliance that’s working for 15 others.