A World of Warcraft player’s guide to Final Fantasy 14: Heavensward 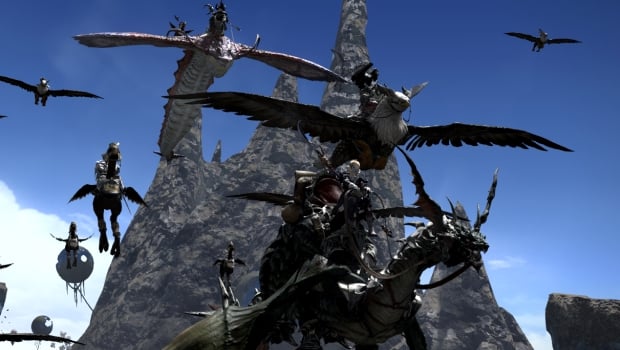 There’s a great big world of online games out there, you know? Some of them don’t even have anything to do with Blizzard. But if you’re accustomed to jumping in and playing World of Warcraft — which is indisputably the most popular of the bunch and the game that gets a lot of people into playing MMOs in general — it’s easy to look at other new titles as something weird, scary, and ultimately too much of a risk to worry about. What you really need is some way to figure out the deal with a game in terms that you can understand, giving a clear picture without having to figure it all out from scratch.

So let’s do that, starting with a brand-new expansion that might be of more interest than you think. Final Fantasy 14: Heavensward is the first expansion for Final Fantasy 14, and players who have an intimate familiarity with World of Warcraft have more of a leg up on the game than might otherwise be immediately apparent.

Why should I care?

You know how people talk a lot about Wrath of the Lich King and how it served as the finest hour of WoW‘s design? It wouldn’t be fair to say that FF14 is entirely a spiritual successor, but it has a whole lot of obvious points of comparison. One could argue that it takes several of the points introduced in Wrath and extends them a bit further.

Do you like running small-group content? The game releases new four-person instances on a regular basis, and the token-based endgame system keeps running those instances relevant if you enjoy it. Prefer larger groups? There’s hardcore eight-person progression and more casual 24-person raids also released on a regular schedule. Heavensward even takes place in a northern region of the continent and adds in flight, which should hit the nostalgia button pretty hard.

That’s not getting into the expanded or additional options in the game. Housing, for example, is available for both individuals and free companies (guilds by any other name). The game also features involved systems for crafting and gathering that can seem overwhelming if you’re used to just finding a node and waiting for a bar to fill — both are fully featured classes in their own rights. But you don’t have to choose between them and combat, as the game’s biggest feature is the fact that every character can play every single class in the game. Swap your main-hand weapon and you swap classes. While that means that individual classes have less flexibility in playstyle, it also means that you’re never locked out of what you want to do. Want to start healing? Level a healing class, there’s no need for a new character. 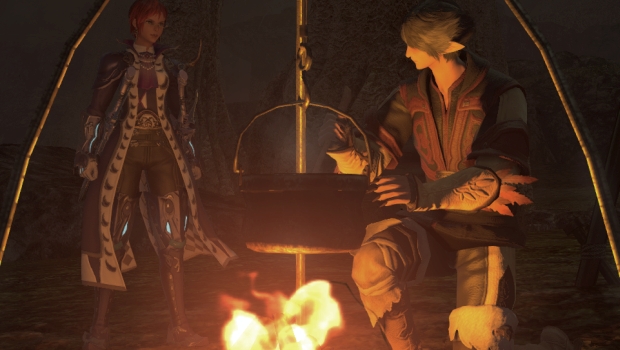 What will be familiar?

Do you know how quests work? Great, you’re ready for the basics of leveling. Get out there and have a blast. FF14 divides its quests between main story quests (denoted with a different quest symbol), side quests, and class quests. Most of your leveling consists of jumping in and doing your quests between instance queues, and the basics of grouping and working together in a group will feel very familiar to anyone who has played a great deal of WoW.

While the game features slightly fewer equipment slots than you’ll be familiar with and an extra rarity in equipment (pink, which is lower than green), the basic ideas of colored rarities will be very familiar, as will the core rotations and priorities of most game classes. The vast majority of the combat-based gameplay will seem quite comprehensible, although you’ve got smaller individual bars and combat feels a bit slower and more impactful with each button press. The game has a 2.5s GCD, unlike WoW‘s 1.5s GCD, which can throw off timing and can especially make the earlier levels feel far more plodding than they do when starting a new character in WoW. 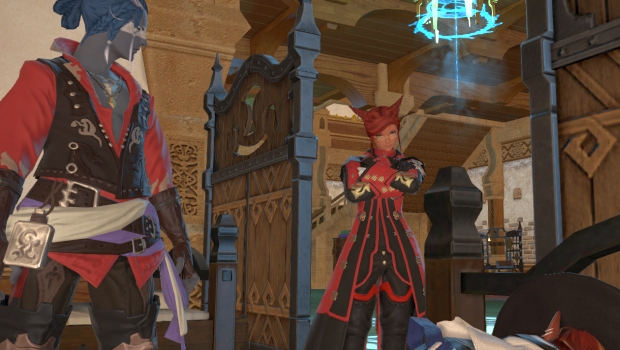 What will be unfamiliar?

Remember how I said above that every character can level multiple classes? You’re going to have to do that, because cross-class skills are one of the big ways to fill out your ability bars. They’re also the path to unlocking the very important jobs, which are essentially more focused versions of the game’s base classes. There’s a definite sense that you don’t just have the ability to level more than one class, you are expected to do so to a certain extent. You’ll also need to get accustomed to quests for unlocking things, which has largely gone the way of the dodo in WoW; simply reaching a level does not unlock dungeons or PvP or the like.

Most of the game’s repeatable quests come in the form of levequests, small little jaunts that pit players against specifically-spawned enemies in groups. Those are picked up in central locations and performed in a set area with variable difficulty, and they’ll often be what you rely on when starting with a low-level class.

You’ll also need to get used to a much more involved form of inventory management. Characters have two inventories in the game — their main bags and the Armoury Chest, which stores equipment for use on multiple gear sets. (Remember, changing your class means changing your weapon, so gear sets are also the de facto mechanic for swapping between classes.) In theory, that means more storage space; in practice, it means that shifting inventories can become far more complicated than the straightforward system of having one large set of bags to keep everything inside. It’s compounded by the fact that you rarely come across a piece of equipment that’s completely without use, and almost every single item that enemies drop is useful for something — vendor trash doesn’t exist.

There’s also the unfamiliarity of the community. No, that doesn’t mean that everyone playing the game hates former WoW players, but it does mean that there are certain expectations that you won’t know in advance, such as the fact that most healers will do some DPS in dungeons. Not as part of their rotations, but simply between heals. You don’t need (or want) to be constantly healing. 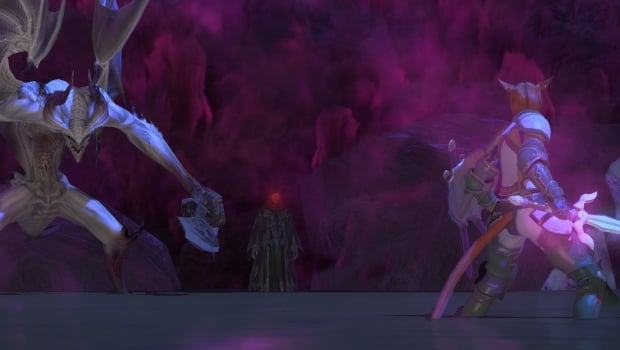 Anything else I should know?

FF14 is an international game, which means that not everyone on your server will necessarily be speaking the same language. While servers are flagged for certain regions, there’s no law preventing you from playing on a server flagged for Europe or Japan if you’re located in North America. The game does have a translation function with the in-game chat, although not every useful topic is necessarily included.

If you really hate doing content in groups at all, the game is not going to sit nicely with you. Several important parts of the story and relevant unlocks are locked behind group content. You can queue for this content with the game’s duty finder and most community members are happy to help new players complete tasks, but those with severe social anxiety or who just prefer soloing will be stuck.

While PvP does exist in the game, it’s not of the cross-factional sort seen in WoW — it’s entirely team-based, and there is no open-world PvP whatsoever. Generally PvP is seen as a bit of a side activity and isn’t a major focus for most players.

Last but not least, don’t expect the game to allow you the self-sufficiency seen in Warlords of Draenor. You can be a crafter of every stripe, yes, but what limits you into specializing is a simple matter of time and resources.  You’ll never be able to max out everything and gather everything and be an expert crafter in everything.  Read the help text, experiment, and ask questions if you’re unsure of something. It’s a new experience, but if you have a hard dose of nostalgia for Wrath or just want something very new to play for a while, it’s a solid experience.

Final Fantasy 14: Heavensward is available on June 23rd for both PC and Mac players, as well as on the PlayStation 3 and the PlayStation 4. You can buy a two-pack for both the expansion and the base game.