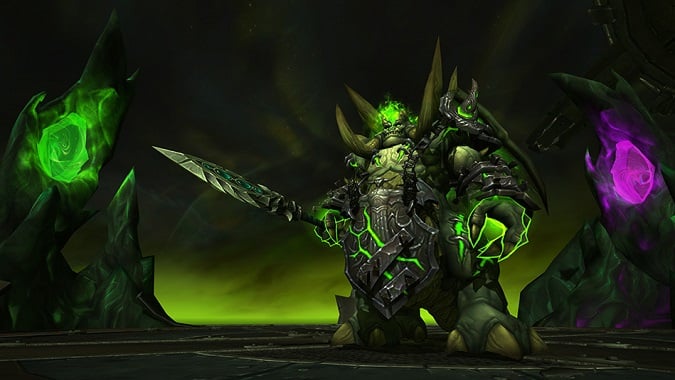 In this week’s Officer’s Quarters, we’ve got recruits that refuse to raid Heroic difficulty, a returning guild leader who’s worried about the pressure to rebuild, and an officer who wants to know how to maintain morale in the face of key departures.

Loksley asked
Thoughts on the behavior of a couple of new recruits?

I’m in a 10/10 h guild madly recruiting to reach enough for mythic. We were able to have enough show up to put some attempts into mythic last week, but this week we didn’t have the numbers so as per usual we did heroic. The next night since we didn’t have enough for mythic again so it was decided we would finish heroic. Two of our newer recruits decided they didn’t want to do heroic for the second raid night in a row. They left group and said that we should whisper them if we end up doing mythic.

I’m not in a position of power so there isn’t really anything I can do about it besides voice my displeasure to our leadership, but their attitude left a bad taste in my mouth.

The problem for guilds these days is it’s a “raider’s market.” Even marginally competent raiders are in high demand and can keep joining and quitting guilds until they find the one that’s going to offer them exactly what they want.

I respect the fact that they were honest with your guild. They could have given some made-up excuse that wouldn’t have sounded so harsh, but instead they said straight-up why they didn’t want to go. However, it speaks to the state of the game. They think can say no to guild raids with impunity, fully expecting your officers to simply shut up and deal with it because you need them too much.

You aren’t able to do anything about it yourself, and honestly there’s little your officers can do, either. Your officers can’t force anyone to raid when they don’t want to. What they can do is keep recruiting, and if the opportunity comes along to replace these new members who won’t support the team, then they should do so at the earliest opportunity.

As a side note, this is a strong argument for using a point-based loot system. Raiders are often more motivated to show up when they know skipping raids can cost them juicy loot like weapons and tier pieces.

SticksBSI asked
Im co-gm of a casual raiding guild who’s had to take a long break due to personal issues. Ive had a little contact with guild members outside of WoW since then, but want to return to the game. I know some of our old members have either Left the guild or unsubscribed in my absence, but ive heard positive attitude concerning my return. Some folk seem to think I will have some kind of second coming, restore the guild to glory and get us on our feet right away. Problem is, I’ve just finished school, looking for work, looking for decent housing, and wanting to spend some time on other persuits. Frankly, I want to come back, but i dont have the energy or time to rebuild a guild, even one I have loved. Can I come back and play in such an environment without comitting more than I want to?

You absolutely can. You’re under no obligation to take up where you left off. Your life has changed and people will understand that you aren’t able to commit the same amount of time and energy to the guild.

The best way to indicate this change is to come back as a regular guild member or part-time officer instead of co-guild leader. If you retain your rank, your members will expect a lot more from you, and they wouldn’t be wrong.

Yes, you’re going to disappoint some people. You may feel some pressure, both from your guild members and yourself, to step up, take charge, and turn the guild around. You need to be realistic about what you can and can’t do, however. You’re at a critical point in your life and you can’t sacrifice opportunities because of WoW-based obligations. It would be worse to set high expectations, start down the path of rebuilding, and then end up having to pull back and leave the job half-done because you’ve gotten in over your head.

If you end up having some time to help the existing officers, there’s no reason you couldn’t do that. However, saying no is perfectly okay when it’s for real-life reasons.

DionasKnand said
How do you handle guild morale after you lose important and highly skilled players? We had a DK who left our guild for one of the top ones on the server because he just couldn’t get any benefit from the raids we were running. He swore he would come back and raid with us on Saturday’s which fit his schedule but for the past 3 weeks he hasn’t shown, because his new guild has stepped up their mythic progression and added another night which was Saturdays. Now people don’t want to raid and some have even left to go raid with this guys new guild. What is the best way to bounce back after this?

This situation is no fun at all. There’s no two ways about it: your guild is in trouble. Your members need to see the officers taking immediate action. The best way to build morale back up is to replace the players you’ve lost. It’s no easy feat these days, but here’s my best recruiting advice. Make sure these efforts are known and visible to your members. They need to feel like the officers value the guild and will do everything they can to make up for the losses.

Bringing in just one new player can go a long way toward convincing people to stick around, especially if they enjoy the guild’s atmosphere otherwise.

You also want to acknowledge the situation. Pretending nothing is wrong will just convince your members that you’re out of touch at best or delusional at worst. Tell them you know it’s bad right now, but you’re already working on solutions. Ask for their help. If they care about the guild, they’ll be willing to pitch in, too. Give volunteers specific jobs. Even if their help doesn’t actually help, they’ll feel better about the situation. Other members will see that people are trying and it may convince them that the guild is worth saving.

If you’d like to see your question answered in the OQ, all you have to do is ask in the comments below. Good luck, everyone, and