The Queue: Because it is bitter 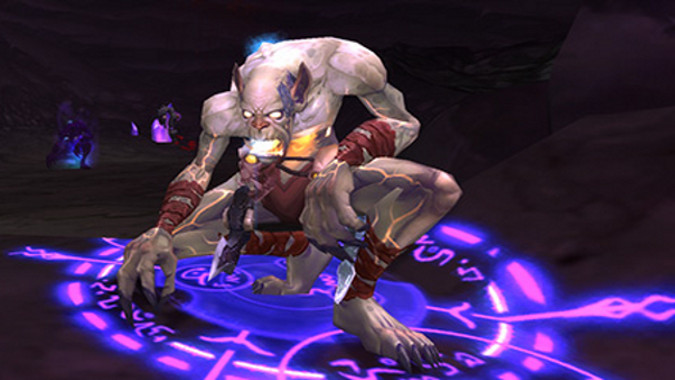 One of my favorite poems is In the Desert by Stephen Crane. It’s a short poem, so I feel safe reproducing it here.

In the desert
I saw a creature, naked, bestial,
Who, squatting upon the ground,
Held his heart in his hands,
And ate of it.
I said, “Is it good, friend?”
“It is bitter—bitter,” he answered;
“But I like it
“Because it is bitter,
“And because it is my heart.”
Let’s answer some questions.
ZOMBIMAC

Is anyone else finding the cost of Shipyard parts too prohibitive? With the shortened mission times and the possible cost of getting 100% completion being upwards of 1000 garrison resources, I went through my stockpile in a matter of days; and am now stuck with no reliable way to build it back up. Should I rebuild my Lumber Mill? If I remember correctly even that didn’t offer enough resources to reliably fuel the Shipyard.

I basically wait until I’m about to cap resources entirely. But yes, I think they’re very pricey – 1000 resources to switch for a mission seems pretty high to me. It’s one of the reasons I don’t do as many missions as I could. What I’m using for resources is the Trading Post, since I can dump a lot of different kinds of things to convert to resources.

Also, make sure to do the daily quest in Tanaan that gives you 50 resources. It’s usually easy to do and it adds up.

I play on a PVE server. I’ve used the LFG tool for getting claws and a few other things. Times when I end up on a PVP server, I’m not sure what to do when the opposing faction shows up. So far, if they didn’t get close to our group I ignored them. But, when they do get close, I’ve gone ahead and attacked.

So, My QFTQ is, what is the appropriate action for a PVE person to do when visiting a PVP server?

Well, it’s been a while but as far as I understand it, when you group in this fashion and end up on a PvP server, the normal server rules apply, yes? I mean, you’re flagged except for when you’re in a capital city or other territory controlled by your faction, yes? (I played primarily on a PvP server in end-Cataclysm and beginning of Mists, but I admit I haven’t been back in a while.) Essentially, you’re just another player when you’re there. So it comes down to this — do you want to PvP? If the answer is no, just be alert and ready to defend themselves, and be considerate of your group and its goals. If you’re there to fight a world boss they may not like you dragging them into a PvP brawl.

If you do want to PvP, then I say go for it. Always keeping in mind why you’re on that realm in the first place. Spontaneous world PvP can be awful or it can be fun, depending on the situation.

Why do I find myself suddenly burnt out on Wow?  There is new content galore yet I can’t get motivated to log in.

Understand that I can’t answer why you’re burned out, because I don’t know you. For myself, when I get burned out on WoW it’s for the following reasons.

The general advice others have given makes sense — if you’re not feeling it, don’t force yourself. Take a break. Read a book, play another game, go see a movie, indulge in one of your other hobbies. WoW will be here when you get back.

Q4tQ: What’s the deal with Ahune?

Ahune was summoned into the Slave Pens because the encounter predates Cataclysm. When he was first introduced, the Twilight’s Hammer summoned him into Outland to get around the barriers that the Titans put up between Azeroth and the elemental planes. Deatbwing punched a hole between Deepholm and Azeroth and damaged the World Pillar, causing the elemental planes to collapse partially into Azeroth, before we fixed everything. But that hadn’t happened yet when Ahune was designed. The Twilight’s simply cheated to get around what Deathwing hadn’t yet destroyed.

Maybe it’s because I started the Warcraft Franchise with WC3 instead of WC1 or 2, so the Night Elves, Orcs, and Humans teaming up to stop the Burning Legion is more entrenched in my mind than anything else, but I always felt the Alliance/Horde conflict was kinda stupid. Every time I run ICC for whatever, the gunship encounter always annoys me; we’re on the doorstep of an incredibly powerful necromancer, everyone we kill will just get raised and make his army larger, and we’re still fighting each other.

I think this game would make more sense if there were no factions, or if PvP was just ‘tournaments to look cooler than the other side’ or something.

Honestly, I feel like Mists of Pandaria was the death knell for a believable Horde/Alliance conflict in this game. Siege didn’t work for me because Horde players were forced to raid Orgrimmar as well, and it just felt weird as all get out. I think it’s time for a big shakeup — one of the things that rejuvenated the Warcraft franchise back at WCIII was the fraying of old alliances and the start of new ones. I’d find it kind of amazing if orcs and humans actually started to get along — if nothing else, they’ve been fighting each other for long enough for some mutual respect to start up. And really, if humans and orcs got together, imagine how terrifying that would be for everyone else?

I think with arenas, we’ve entered into the post-faction era of PvP, and it’s time to just uncouple it from the game’s lore. People fight. Let’s get on with it.

That’s the Queue for today. I’ll see you all tomorrow.