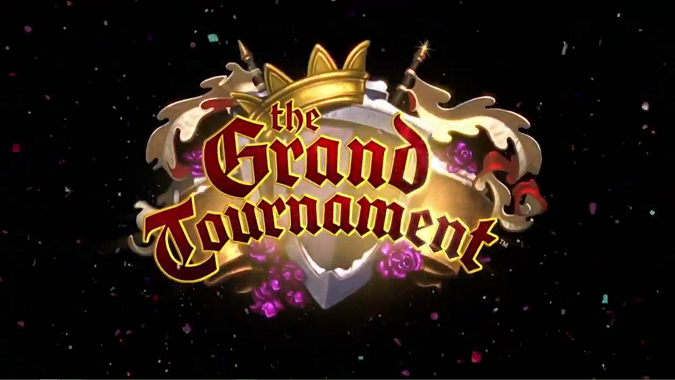 Blizzard has just announced the next Hearthstone expansion, The Grand Tournament. As far as the story is concerned, this is a continuation of the Argent Tournament — what took place after the Lich King fell. Might as well keep the tournament grounds useful, after all!

This new Hearthstone expansion features a brand-new board, as well as tons of new cards. Cards feature characters on mounts, and new spell cards as well. Lock and Load is a new Hunter card that draws a random Hunter card with every spell cast. The card includes some new animation — a scope zooms in on the board. There’s also new mechanics involved with the next expansion — heroes are a big deal in The Grand Tournament, so there are going to be a ton of new cards that affect Hero Power. For example, Maiden of the Lake is a 4 mana card that makes your Hero Power cost 1, and she has two attack, six health. A new Mage card is the Coldarra Drake, which allows you to use your Hero Power any number of times, 6 mana, 6 health, 6 attack. The potential for combos is huge!