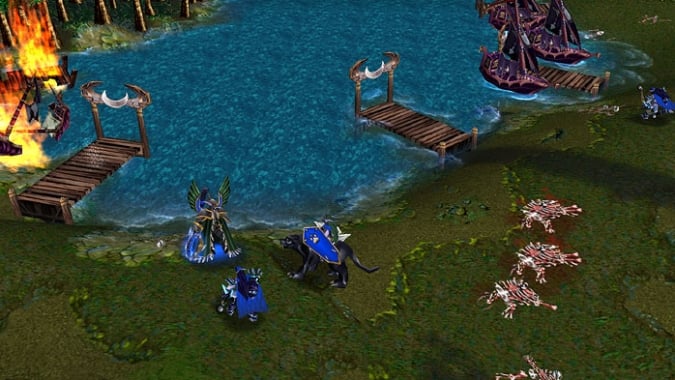 It’s been twelve years since a new installment of the Warcraft series from the top-down RTS perspective.  Not surprising, of course — it’s long been the accepted and stated wisdom that World of Warcraft provides pretty much all of the Warcraft the company wants.  But it turns out that Blizzard isn’t quite so dead set on closing that door after all, as Starcraft 2 producer Tim Morten outright stated at Gamescom that the team will be sitting down and discussing the possibility of a Warcraft RTS following the release of Legacy of the Void.

Before you get too excited, it’s important to note that Morten isn’t promising that as a plan, simply noting that the option isn’t off of the table.  Starcraft 3 is also a possibility, and who knows — Blizzard could surprise everyone by deciding to make a Rock ‘n’ Roll Racing RTS or the like.  The important takeaway is that the studio knows that people are wondering about whether or not another strategy game in the universe is possible, and after more than a decade the answer isn’t just “why would we do that when we have the MMO?”  It may all just be speculation until Legacy of the Void releases, but at least there’s room to speculate now.