The rest of the cards from the upcoming Hearthstone Grand Tournament expansion have been released on the Hearthstone Facebook page. There are way too many cards to extensively go over all of them. Instead, I’m going to pick and choose a few of them that are either going to make an impact, or cards that are just plain interesting. We looked at Mage and Warrior class Legendaries last time. Today, the Priest, Shaman, and Hunter Legendaries are available.

Unlike the other classes, Hunters get two Legendary cards this time around. Given that both of these two minions were originally a boss encounter back in Trial of the Crusader, we can understand why they had to be a pairing.

Paladins are seeing some attractive cards, especially for those who prefer a control game. Enter the Coliseum has some interesting synergy with Eadric the Pure. I assume if all of your opponent’s minions have 1 attack, then one gets chosen at random to stay alive. Even without Eadric, imagine the ability to wreck havoc against opponents who have swarms of minions in play. Thankfully, Paladins have cards like the new Seal of Champions, Blessing of Might, and Blessing of Kings to help control which minion gets the edge when Enter the Coliseum goes off. Think of it as a more equalized Brawl. 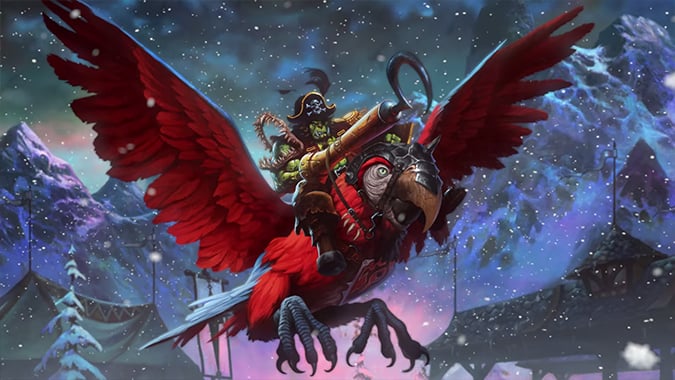 Shaman everywhere around the world were stunned when the Mistcaller was shown. This guy gives all of your minions in your hand and your deck and addition +1/+1. No, it does not apply to existing minions in play or to future generated totems. Coming in at 6 mana, the Mistcaller should see significant play in Shaman decks.

This is a much more souped up version of Lightning Storm. In fact, it is so souped up it even blows up your minions in addition to opposing minions. For the low, low cost of 3 mana, Elemental Destruction will deal 4-5 damage to all minions on the board. If that doesn’t say reset, I don’t know what will. All but the most sturdiest of minions in play will get destroyed. Naturally, there is a downside. It has an Overload cost of 5 so your next turn might not have much in the way of action.

There were numerous attempts during Blackrock Mountain to try to make dragon decks viable. Sadly, only a few ever made it to top spots in tournaments. It was often deemed unwieldy or inconsistent. Twilight Guardian might be the missing piece needed to render it competitive again. 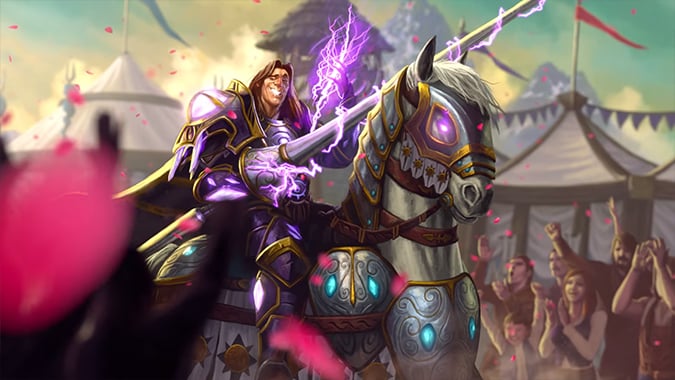 Nothing like a minion here who will take any damage you suffer for you. Yes, this includes you equipping a weapon and running into another minion with it. You won’t take damage but the Ramshield will instead! I was toying around the idea of inserting Bolf into a Priest deck of sorts, since it’d work well with their buff spells and healing abilities. Perhaps Shaman or Paladin possibilities as well?

Dark Bargain offers a quick and dirty way to easily remove dangerous minions. Of course, it’ll cost you 2 random cards and 6 mana. I highlighted it because I suspect Dark Bargain will be useful in arena formats (and select Tavern Brawl weeks) but I don’t know if it’ll do well in constructed formats. On the other hand, Warlocks have some minions that take into account discarding cards (such as the Tiny Knight of Evil).

Ooh, this is one of the better Rogue cards we’ve seen in some time. Beneath the Grounds adds cards into the opposing deck. If they get drawn, you’ll get to pull out a 4/4 Nerubian. Mill Rogue was viewed as more of a fun deck to play as opposed to a competitive one. Will it legitimize Mill Rogue further? Not only is your opponent going to helplessly watch as their deck gets blown away, they’ll have to contend with extra minions applying pressure on the board itself.

The last card I wanted to bring up is another Priest card. Unlike Mind Control, Convert places a copy of the enemy minion into your hand, allowing you to benefit from Battlecry effects. At a whopping 2 mana, Convert’s worth a glance to see if it can be played with, especially considering some of the awesome minions that are coming with this expansion. 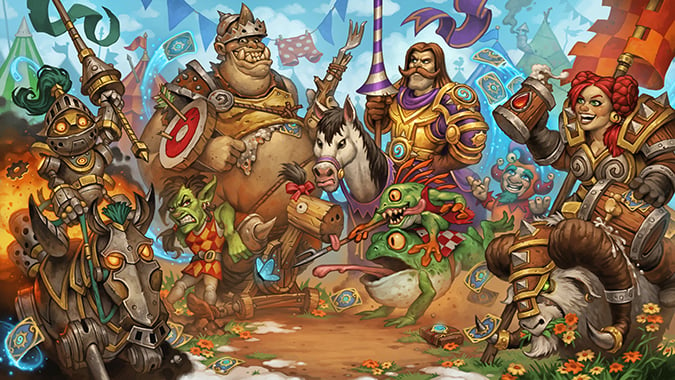 I normally would not mention this card because I am simply not a fan of murlocs, but because Alex really likes murlocs, I felt forced obligated to mention it. When a Paladin uses their Hero Power, they can incidentally create more murlocs. Yes, you can even summon another copy of the Murloc Knight. Just watch as it multiplies and your side of the field starts swarming with murlocs.

Because every Mage wants to have their own Huffer, right?

That’s it! All the cards are now available, and sites like HearthHead have their database up to date, so you can start upgrading existing decks or creating entirely new ones.