The Queue: Mornings are the worst 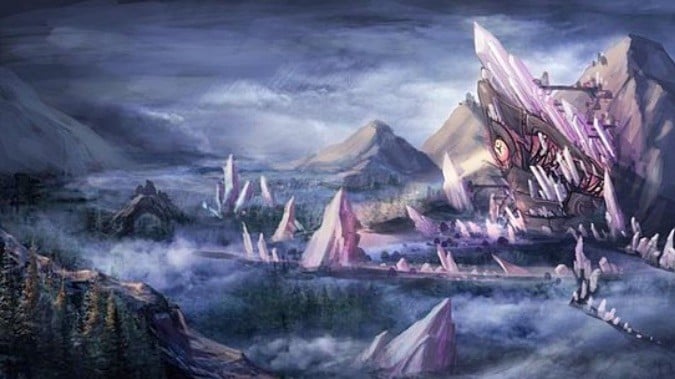 So, we know the Exodar is capable of some kind of flight/transportation. We know it is operational (Velen short story). How the heck to they fly it? I’ve been all over the Exodar and I couldn’t find anything close to resembling a control room.

It’s magic, not science. Would magic need a control room? Probably not. They fix their crystals up to realign the ley matrix or whatever wizardy crap and then they wiggle their fingers and say the magic words and they’re in a different place. Tada!

Also, capital cities in World of Warcraft are not to scale. Stormwind would need to be significantly larger to house its full population. Exodar is probably massive. Remember, this is a vessel that transported every single survivor of Argus to Draenor, and the survivors of Draenor to Azeroth. There’s no residential area in the Exodar we see, but there would be one. Even if the Draenei numbers aren’t in the millions or billions, it’s probably in the thousands or tens of thousands — maybe hundreds of thousands, who knows. That’s a big ship. There might be a control room but it doesn’t serve a useful gameplay purpose so it isn’t in-game.

Why is the Hearthstone a nature spell? I mean, when you cast it, doesn’t matter what class you are, you’ll be using the nature spell effects on your hands.

Because home is where the heart is, and the heart is an organ which is part of nature and thus nature magic.

does any of you know if the new Tournament cards are already in the Arena card pool? I haven’t played Arena in quite a while  and I would like to see how the new cards play out there.

They’re in the arena pool, yes. They were added to everything as soon as the expansion released. I saw some funny stories from people who were mid-match when the expansion went live — suddenly things like Sneed’s Old Shredder were putting Grand Tournament cards on the field. The pool of available cards changed mid-match. That’s pretty awesome.

What are the most stacks of Determination you have seen in LFR?

Eight. Blackrock Foundry. Iron Maidens. I left before we killed them.

Did Season 4 start right after Season 3 ended for Diablo, or is there a waiting period in between?

Aviana’s Feather – it will become mostly obsolete in 6.2.2 since we can fly anywhere anyway but do you think it will be usable in Legion? Just wondering since I have limited bagspace and deleting a useless item would help alot.

It might get nerfed before Legion, it might not. Hang onto it until we know for sure. It isn’t Draenor-only currently; you can use it almost anywhere in the game world, even zones without flight like Azuremyst and Silvermoon. So sure, maybe you’ll be able to use it in Legion, but we can’t know until we have Legion. I wouldn’t be surprised if it does get nerfed.