The Queue: I admit it, I was wrong 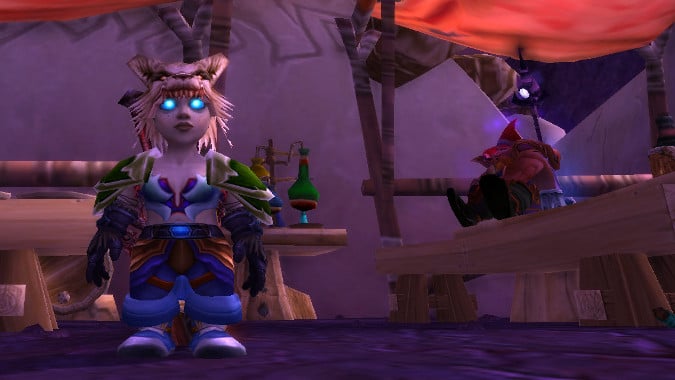 Okay, so yeah, now I use Master Plan. I use it because I got really tired of playing Tetris with my followers until I hit that 100% success on missions I actually want to succeed. It’s a good addon for that. I never found the gameplay of figuring out which of your followers would achieve that on a napkin to be particularly exciting.

My problem with Timewalkers is that people still seem to have the same GOGOGOGOPULLEMALL~!!!! mentality and refuse to consider crowd control.  If I’m doing those, I’m running them on my hunter while the husband tanks.  I have no patience on my healer any more.  I will not heal the Stupid.

See, I realized recently while tanking Steamvaults for the leveling stream that I have old tank-itis. That is, I learned to tank back in Vanilla, when you simply could not pull like that. As a result, I have these ingrained tendencies. I have shortcuts memorized for all these old dungeons. I know exactly how to pull specific groups so I’ll just get the patrol. I have CC orders memorized, and I’ll mark them all even though we could easily just pull the whole group and zerg it down.

I’m a very boring tank to watch, in other words. I want to minimize the difficulty of a trash pull. I don’t want to go fast, I want to execute my pull perfectly and that’s simply not a play style that the modern game rewards any longer. Indeed, it infuriates people. Even Alex sighs at me when I start marking for CC. I even have specific pulls I love using priest Mind Control on specifically so the trash pack will kill the mob for us. Essentially, my tank game is a cautious one, and that’s not how tanking works now.

It’s weird. I’ve tanked for years. Before this expansion I tanked in every single expansion’s end game. I’ll likely do so in Legion. But I hate tanking for people I don’t know, and I’m starting to realize it’s because I want to execute perfect trash pulls with minimal risk of failure, and nobody in random groups wants to let me.

Back in Wrath, once Dungeon Finder went in, I started running dungeons regularly. I queued as tank on my pally. I ran a couple, with lots of wipes. Then I got into Utgarde Pinnacle, up to the Skadi fight. I could not handle it. So many wipes, and the group was not kind in their comments. With that I dropped out and never tanked on my pally again.

So this weekend I decided to try tanking on my pally. Queued up for time walking, and got Utgarde Pinnacle as my first one. Originally, the part that gave me the most trouble (besides picking up all the adds) was when Skadi did that whirlwind attack. I couldn’t get out of it fast enough and it would kill me. This time, I popped sacred shield (not even a big cooldown) and took almost no damage.

So while Timewalking does require knowing some mechanics, and definitely pulling only one pack of mobs at a time, it is in no way as hard as it was back when it was the current content. If people are complaining it’s too hard, then that says today’s dungeons have gotten way too easy.

This is one of those ‘beware the mistake of assuming your personal experiences are universal‘ things. See, here’s the thing: I tanked UP all the flipping time back in Wrath. I ended up tanking it once a bloody day on Heroic at the least because in addition to getting it randomly once LFD came out, I had a slew of guildies who wanted the mount. I would estimate I tanked UP at least two hundred times over the two years of Wrath.

So, when I tanked it over the last Timewalking weekend, I felt like it was a comparable experience. If you stay in Skadi’s whirlwind you die. Perhaps Paladin cooldowns are just much better now, maybe you just got lucky, I couldn’t say. I’m not you, I haven’t experienced the game on a Paladin then or now. But just because you have a mechanic that soaks the damage very well doesn’t mean everyone does, and it doesn’t point to any particular deficiency in dungeon design.

Funny story I need to share. I rarely remember to look at what is listed on the BMAH, but with flying I decided to check the other day. Saw a Battered Hilt going for 10,000g, bid on it, and next morning found out I won. Huzzah! At that point my Dwarf Warrior (Who wanted Quel’Delar transmog to go with his Quel’Serrar) noticed the text : “For Orc, Undead, Tauren, etc.” Boo! Thankfully I was able to sell it on the AH, but for a while I figured I’d be out 10,000g.

In that spirit I ask you fellow queue’rs: What is the most costly mistake you have made in game?

Back in Vanilla, I got the Deathcharger’s Reins in Stratholme. I mistakenly destroyed them (it was four in the freaking morning) and then logged out. It never even occurred to me to ask a GM to restore them. I didn’t even know they could do that back then.

I have never seen them drop again.

With Legion having so much class specific stuff, how do you think they’ll handle future new non-hero classes? I can’t see them making artifact weapons and class halls for tinkers/dark rangers/whatever just to get them through an old expansion.

QFTQ: What do you think the chances of races getting more class options to compensate for the elves being the only class to get access to the new class?

I think it’s time for Blizzard to add to the diversity a bit more. They did it Cata when the world was shaken up, they can do it Legion with the fringe members of different classes (Demon Hunters) coming out off the woodworks to support the rest of their class (Illidan) in the struggle against the Legion.

I wouldn’t get too invested in them doing this.

Really, up until Cataclysm if you wanted to play a Druid, you were a Night Elf or Tauren, period. For the longest time, Horde Paladins were Blood Elves, Alliance Shamans were Draenei. Those were your choices. Blizzard has opened up the class ranks quite a bit — Forsaken Hunters, Troll Druids, Tauren Paladins, Blood Elf Warriors. I’m not against them doing this, mind you — I think we could have Blood Elf Druids, Draenei Warlocks, even Forsaken Paladins. But if they do do this, they’re not likely to do it in the expansion where they just introduced a new Hero Class.

M’kay.  It’s the end of the expansion so I am looking for “funsies”.  I main a fury warrior…should I swap from TG to SMF for a while and check that out?  If “no”, then why?  If “yes”…same question :)

The only reason I’d say no is, they don’t play particularly differently. Playing as SMF is like playing as TG with two smaller weapons. Sure, you swing more often, but that’s not something that changes how you play. If it’s fun for you, go for it — there’s some cool mog weapons out there for SMF. Just don’t expect a game changer here.

Q4TQ: Do you ever think Blizzard will let us have orcs with brown skins?

After the community’s No More Orcs mantra, I’m half surprised we can still play them at all, much less Mag’har. No, I don’t expect it. I’ve wanted more customization of this type for years, but I see no signs that Blizzard does.

I want Maraad in HotS, and I want a him to have a Dark Templar skin. I’d also like to see him all fel’d up as a Sargerei, since we’re talkin’ about him anyway. ;)

I put Imperius in there because Chrth would go nuts trying to kill him in every HotS match he appeared in.

Blizzard Watch is made possible by people like you.
Please consider supporting our Patreon!
Filed Under: Baine Bloodhoof, Cairne Bloodhoof, I Guess I Like People With Hooves, Maraad, So Are Draenei, Tauren Are Awesome
Advertisement