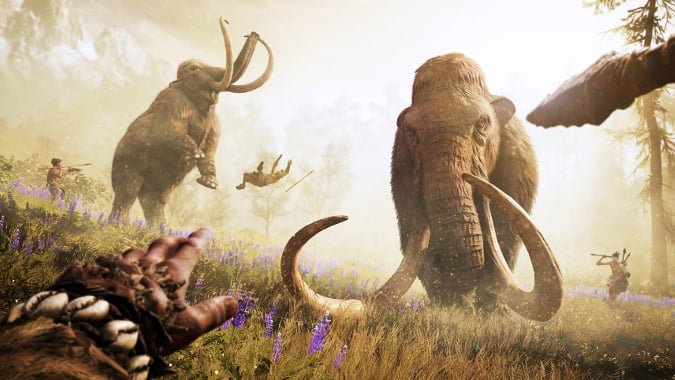 Ubisoft officially unveiled Far Cry Primal last week. The latest addition to the Far Cry franchise is set in 10,000 BC. You play Takkar, a hunter in the wilds of the Stone Age. I didn’t know how badly I wanted this until now.

Far Cry Primal is the most recent example of that trend. When I saw the announcement trailer for the first time, I felt the hype in my bones. An open world game in the Stone Age, traversing an untamed wilderness where I can hunt mammoths, and be hunted by sabertooth tigers? Surviving with primitive tools? No guns. No grenades. Dude, I am so in. Then I wondered why this setting isn’t used more often. There have been a few, no doubt, but I can’t think of any major titles that have done it for as long as I’ve been playing video games. Dinosaurs (and the shooting of them with firearms) have been there, sure: Turok, Dino Crisis, Jurassic Park, and so on. But that isn’t the same thing at all. The Stone Age is an era relatively untouched in games, and given how cool it is, I’m baffled as to why that’s the case.

After dwelling on that for awhile, I realized Ubisoft is consistently taking me to those cool places nobody else bothers with. Consider the very first Assassin’s Creed: you play Altaïr Ibn-La’Ahad, a Syrian assassin, during the Second Crusade. The Crusades are often relegated to strategy or tactical games like Crusader Kings, never the focus of an action-adventure title. Playing Assassin’s Creed for the first time, there was something sublime about traversing locations such as Damascus and Acre. Though there are countless examples of settings inspired by the European Middle Ages in games and books, rarely do we visit an approximation of the real thing — and even more rarely do we visit other parts of that world from the time period.

Assassin’s Creed 2 takes us to protagonist Ezio Auditore da Firenze’s home of Florence and the greater Italian peninsula in the middle of The Renaissance. Ezio visits Rome and moves onward to Constantinople. Through Connor — or Ratonhnhaké:ton, the name given to him by his tribe — Assassin’s Creed 3 takes us to the American Revolutionary War. Via an Assassin’s Creed 3 spin-off, we play Aveline de Grandpré, a French-African assassin in 18th century New Orleans. Assassin’s Creed: Black Flag takes Edward Kenway, and by extension former slave Adéwalé, pirating in the Caribbean. Above, I called adventuring in and around Damascus as sublime — Assassin’s Creed provides many of those experiences. Few moments in gaming have been as satisfying as sailing the high seas in Black Flag as my crew belts shanties. 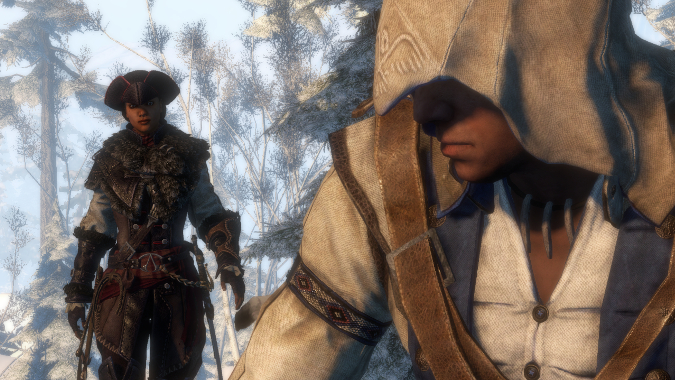 Games in general simply don’t touch those locations in any meaningful way. Further, look at that list of protagonists. Syrian. Italian. English. Native American. African. French-African. Assassin’s Creed pulls from a variety of times, places, and peoples. No, their track record isn’t perfect — though the Assassin’s Creed franchise does have influential women in it, they’ve by and large only been playable in small title spin-offs, as is the case with Aveline and the Chinese Shao Yun. Only with the addition of Evie Frye in Assassin’s Creed Syndicate have we seen a woman in a leading role in a major installment on the franchise. Despite that, through its use of real world history and locations (albeit with a fictionalized narrative), Assassin’s Creed has taken me to places more wonderful and magical than any fantasy world.

The Far Cry franchise, in recent years, has often made missteps that pushed it over into the problematic side of representation. Still, the franchise tries to go where others don’t. While Far Cry 3‘s use of the Pacific Islands came at a time when the Pacific Islands were the Next Big Thing (see Tomb Raider released a few months later), Far Cry 4 went to a fictionalized nation in the Himalayas. I can think of no other major title to use that setting.

I grew up in Wisconsin learning about the tribes native to our area, but after Assassin’s Creed 3, I decided that wasn’t enough. The world is bigger than that. People are more than that. Learning about these things, these places, and these people should be something we do as a matter of course — it’s something we should just do — but these games kicked me in the butt to get up and actually do it. For whatever missteps these games have made, for whatever errors and imperfections, these franchises provide that necessary spark.